Are We All Socialists When It Comes to Medicare? 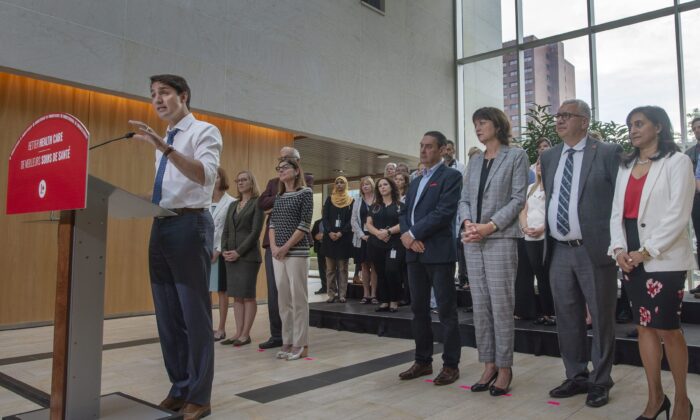 The absurdity of painting medicare as socialism has never been properly addressed.  Yet that has been peddled by politicians and their like for decades.  Stop it already.
First off, every citizen is an earning asset of the government simply because they are able to pay taxes. Thus the government must create protocols that will secure the value of those assets.  That certainly includes education and our current problem there again comes from the finance industry gaming the cash stream using government guarantees.   Obviously you cannot fix something like that until you unilaterally throw out the bankers.

Remember that bankers are working against a cash flow model that lays all risk back to the government and the central bank.  That produces continuous upward pressure on costs to support the bankers interest demand.

Now the whole medical industry is a natural charge against the whole population and not a minority.  For government to ensure available health care and available tax payers, it must match supply to demand and fund it in whole in order to also minimize the costs.  Government then has the capacity to establish low bid markets to do this using their credit and buying power.  Where possible you want to establish competitive regulatory agencies to reflect geographical variation.  This allows competition and local excellence as well.

That then provides a secure access to cash flow for a private medical supply industry that includes doctors and just about everyone else without any form of government direct involvement.  none of this is anything like socialism.  A working competitive protocol is created with natural downward pressure that keeps costs under control along with plenty of negotiation needed to add costs.
The insurance industry is then left chasing a narrow market always under pressure which makes them the marginal trader that keeps the system from getting gamed.  That is why the insurance industry has largely disappeared from the field in Canada.  The day they can provide a better product, they will boom and only then.
We have all seen the USA insurance industry crash out on the Obamacare project even with it massively inflated cost structure.  Remember that the government is not obliged to write them a large check nor should you..


Are We All Socialists When It Comes to Medicare?


Politicians have chased the medicare merry-go-round for decades. Each party pours on money or passes new legislation.

In 2004, Prime Minster Paul Martin’s Liberal government aimed to fix wait times, so it threw $41.3 billion into a federal-provincial health accord.


Stephen Harper’s Conservatives kept Martin’s accord, but Harper slowed increases in transfer payments to 3 percent after the accord expired upon completing its 10-year run.

While in opposition, Justin Trudeau railed against Harper’s handling of medicare. But after the election, PM Trudeau’s Liberals decided that Harper’s 3 percent was wise after all.

For all the bluster, political parties act the same. They either maintain the speed of the merry-go-round or they give it a push and make it spin faster.

Canadians love free health care and hate the idea of bureaucrats controlling the care we receive. Canadians believe that doctors should provide whatever care we need (private delivery), and the government should pay for it (public payment).


Medicare calls it public payment and private delivery. Patients get free care, and doctors get to provide care based on science, not politics. Doctors and hospitals are privately owned businesses.

Historian and health expert Dr. C. David Naylor captured the relationship in his 1986 book, “Private Practice, Public Payment.” The message was clear: Canada is not socialist. We simply have state insurance, with private delivery, of medically necessary care. The government promises to pay and not meddle.

The trouble is that no one sees it that way anymore. All political parties believe that if the public pays, then it should drive. Government pays, so government should be in control.

Ontario Premier Doug Ford’s government introduced Bill 138, which could potentially give government full control over billing numbers: who, where, and how many.

Since the 1990s, governments have closed hospitals, amalgamated services, and relocated clinical programs from one community to a totally different one.

Hospitals are not free to serve patients based on need. Hospital administrators must submit detailed budgets to government, then must wait for even more detailed funding letters back from government. The letters dictate precisely how hospitals must provide care.

Granted, hospitals shape the funding letters with their initial budget submissions. They do have input. But if government doesn’t like what a hospital has submitted, the hospital can’t proceed.
Does Private Practice Mean Freedom?

This raises two problems. First, private delivery implies that doctors and hospitals have the same freedom as any other private enterprise. Pundits love to point out that hospitals have private boards of directors and that government does not own most hospitals.

But if government dictates hospital behaviour, down to details about medications and management, in what sense do Canadian hospitals deliver care privately?

The same thing applies to doctors’ offices. If government regulates most of the meaningful decisions in running a clinic and leaves mundane details to doctors, in what sense are clinics privately operated?

Medicare exists in a dream world, where doctors and hospitals get all the responsibility of management but increasingly less freedom to manage.

Of course, none of it matters if medicine is just another public service, like the Mounties or Canada Post. Police officers and postal workers do what they are told and work where they are needed. Why should doctors and hospitals expect anything different?

Many might even applaud greater government control. Government seems able to run the post office, so why shouldn’t it run health care also?

If voters want government to own and operate everything to do with medical care, then governments should stop the charade and abandon the pretence of private delivery.

But no sane politician will do it.

Run Over by the Omnibus

This leads to the second problem. We shouldn’t be surprised when self-described socialist governments seek greater control of private businesses. But why do apparent freedom-loving parties do the same thing?

Centre-right parties often table omnibus bills filled with language that looks like it came from the socialist Leap Manifesto. The party caucus gets an executive summary but members rarely have time to digest the details. Even if they had time, legislation has become increasingly complex. It requires content expertise. No elected member of Parliament could possibly know all the details and implications of every part of an omnibus bill. Who knows whether a bill is socialist, capitalist, or something else entirely?

To their credit, most elected representatives express surprise when you meet with them and explain what their bill means to your business. This happens because legislators, for the most part, don’t write bills anymore. Content experts and experienced bureaucrats write legislation. Politicians just debate and vote on it, for the most part.

Elected representatives want legislation that sounds reasonable; they don’t need to know the details. Politicians want bills that solve political problems; they don’t worry about the implications of owning a medical clinic or the fine points of private delivery.

Politicians want laws that make problems go away. If they face immediate problems with an auditor’s report, or the cost of medical care, or access to doctors in rural areas, then politicians are hungry for something to make the problems go away. They don’t have time for academic worries about private property and free enterprise. Besides, voters expect politicians to take accountability for health care.
Expect More Central Control

So, the medicare merry-go-round keeps turning. Every political party runs around it. No one has the courage to make a change, even if they enjoy a majority.

Medicare makes every political party act socialist. Without a government that has the awareness and courage to be something different, we can expect more central control and government rationing of care.

At what point will voters ask to get off the ride?

Shawn Whatley is a physician, past president of the Ontario Medical Association, a blogger at ShawnWhatley.com, and a Munk Senior Fellow with the Macdonald-Laurier Institute. He is the author of “No More Lethal Waits,” a guide to reducing wait times and increasing efficiency in hospital emergency departments.

Views expressed in this article are the opinions of the author and do not necessarily reflect the views of The Epoch Times.
Posted by arclein at 12:00 AM