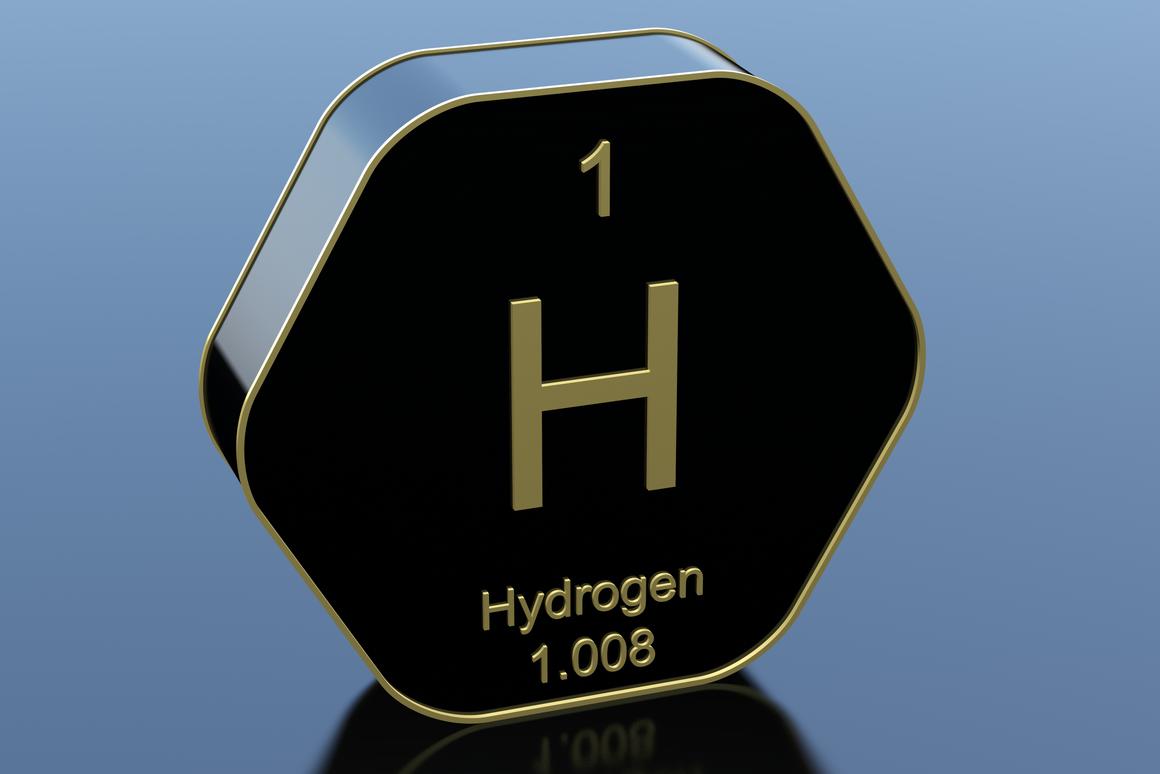 This is huge.  87% efficiency is more than ample enough as well.  Thus both anode and cathode can be properly catalyzed and high speed gas production becomes possible with this discovery.  Recall also that these are never consumed either.
.
So, after all these years, we have a clear path forward to diretly producing both hydrogen and oxygen without byproducts at all.

I do not expect a hydrogen economy ever.  However, cheap oxygen and cheap hydrogen has ample applications.  Not least as a source fuel for a high temperature torch quite capable of pop-corning a mine face..

Much is being made of the developing "hydrogen economy" idea, in which compressed hydrogen fuels will become an energy source as common as gasoline, and fuel cell cars will take a place alongside combustion engines and electric vehicles in the transport mix.

Yesterday, we wrote about the world's first liquid hydrogen transport ship, designed to take Australian-produced hydrogen across the water to be used in Japan as clean energy. Right now, though, Australia is producing hydrogen in one of the dirtiest possible ways: using brown coal, a process which requires 160 tonnes of coal to produce three tonnes of compressed liquid hydrogen, with a monstrous 100 tons of carbon dioxide as a by-product.

[ yes, this is completely crazy.  arclein ]


The "clean energy" hydrogen pie, particularly in Japan and Korea, is estimated to be worth trillions of dollars in the coming decades, so plenty of prospectors are smelling massive energy exporting opportunities, but realistically, until the math starts to stack up on greener ways of producing hydrogen, the environmental costs of producing this stuff in bulk could be overwhelming.

The "green" way to make hydrogen is to split it out of water using electrolysis. You put water in a container with a pair of electrodes in it, and apply power. Oxygen gathers at the anode, hydrogen at the cathode, and if the electricity you put into this process was sustainably generated, then congratulations, you've got yourself some properly green hydrogen – as long as you don't cart it around in diesel trucks and ships, and the energy you use to compress and super-cool it is green as well.

The trouble thus far has been that splitting water is expensive and inefficient, making it hard for green hydrogen to compete against brown hydrogen, or indeed gasoline. All of which makes this recent development from a research team spread across three major Australian universities – UNSW, Griffith and Swinburne – an interesting and significant one.

[ can you believe that this problem was identified to us in high school back in the sixties and was then a century old. - arclein ]

In a paper published in Nature Communications, the team said it had managed to replace the expensive platinum on the carbon catalyst using a "Janus nanoparticle catalyst with a nickel-iron oxide interface" – and that the resulting circuit had been able to split water with "to the best of our knowledge, the highest energy efficiency (83.7 percent) reported to date."

“What we do is coat the electrodes with our catalyst to reduce energy consumption,” says UNSW School of Chemistry’s Professor Chuan Zhao. “On this catalyst there is a tiny nano-scale interface where the iron and nickel meet at the atomic level, which becomes an active site for splitting water. This is where hydrogen can be split from oxygen and captured as fuel, and the oxygen can be released as an environmentally-friendly waste.”

“The nanoscale interface fundamentally changes the property of these materials,” he continues. “Our results show the nickel-iron catalyst can be as active as the platinum one for hydrogen generation. An additional benefit is that our nickel-iron electrode can catalyse both the hydrogen and oxygen generation, so not only could we slash the production costs by using Earth-abundant elements, but also the costs of manufacturing one catalyst instead of two."

It remains to be seen how this development could affect the cost of large-scale hydrogen production, but Zhao is highly optimistic: “We’ve been talking about the hydrogen economy for ages, but this time it looks as though it’s really coming.”

It also remains to be seen whether countries like Australia can get enough solar or wind power generators built to be exporters of truly "green" hydrogen at a scale that could make a meaningful dent in Tokyo or Seoul's smog levels. Or indeed if such export-hungry countries will regret shipping large amounts of their water overseas in the form of fuel. Until the rubber meets the road on an international hydrogen supply chain, a healthy degree of skepticism appears to be warranted.
Posted by arclein at 12:00 AM