The Making of an Artificial Kidney 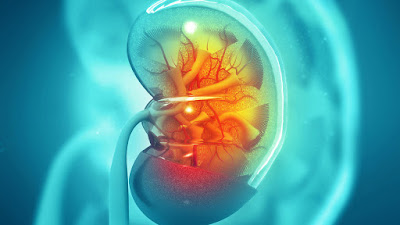 This is great news.  Real relief will not be too far away.  There are so many technologies that are able to do just enough and then fail to vigorously reinvest.

The original tech is older than I am.  Perhaps it is overdue that we beat this one up.  There is also still many of old legacy techs out there and particularly around the medical industry.

These are huge business opportunities to identify with well established markets to exploit..

THE MAKING OF AN ARTIFICIAL KIDNEY

When Morteza Ahmadi visited a dialysis clinic he saw what kidney dialysis patients endure.
“Patients suffer a lot, physically and mentally, and so do their families. The technology hasn’t changed that much in decades,” Ahmadi says. “Liberating patients from the dialysis process would be an amazing thing.”
Ahmadi has a PhD in systems design engineering from the University of Waterloo and the Kidney Foundation of Canada gave him a fellowship to develop new technologies for patients with kidney failure.

Patients are hooked up to dialysis for four hours at a time Ahmadi saw people who typically had to travel to the dialysis clinic three times a week to be hooked up to the machines for four hours at a time, in order to have their blood filtered and cleaned because their kidneys are not functioning well.
More than two million people around the world suffer from end-stage renal disease, an illness that ties them to these regular dialysis treatments.

After graduating in 2014, Ahmadi launched his company, Qidni Labs, to continue the development of the artificial kidney. Qidni Labs now operates out of the University of Waterloo Velocity Garage space. Ahmadi is also supporting future innovators by donating a portion of his company’s success to Waterloo’s Startup Pledge program.

Most people take their kidneys for granted, but these organs are quite amazing, Ahmadi says. They filter more than a liter of blood a minute and hundreds of litres a day. They separate out the waste and excess water from the blood, which then gets expelled in the form of urine. The clean blood is reabsorbed back into the bloodstream.

“Our long-term vision is for a device that can be implanted in the body, but initially, the first product that we hope to be able to bring to market would be an external, wearable and miniaturized device that the patients would be carrying with them,” Ahmadi says.

It‘s not an easy project. “It is hardware and it is highly regulated and it does involve the safety of patients so we have to go through a lot of design prototyping and iteration to make sure that we consider every aspect before we can start testing it on patients,” he says.

The biggest challenge is understanding the key requirements to get the job done, he adds. “We work closely with clinicians, physicians, nephrologists and surgeons to get a good understanding of the clinical requirements for a device like this and to make sure it has clinical value.”

The company is also working with the FDA to get ready for the regulatory approvals that will be needed.

Although an artificial kidney is a difficult and long-running project, it is also an enormously satisfying one for the team. It has the potential to vastly improve the quality of life of so many people. A device that is able to filter the blood on a more continuous and daily basis could dramatically improve the survival rates for kidney patients, Ahmadi says. Dialysis also costs more than $80,000 per patient per year on average in North America, so it would relieve the burden on the health care system as well.


There are many teams around the world that are now working on new technologies for kidney dialysis, and all of the advances that are being made will be important for patients, he adds. For kidney patients and their families, “the future looks bright,” Ahmadi says.
Posted by arclein at 12:00 AM