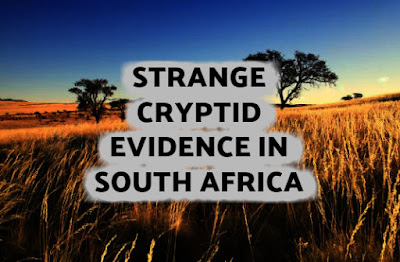 So far, besides the Bigfoot in the Americas, we really have one other creature that is now coming up again and again.  This is the three toed Giant Sloth.  It is able to make you not see it.  In this case we learn a lot.  It can run and move quickly over a decent distance when it wants.  Certainly enough to run down a man.

That is bad news.  We know that it can also cloud your mind and here we learn that snapping your head back and forth will partially help.  This is good to know.

We have had tracks before, but these are actually the very best.  We also pick up the long gait which should have been anticipated.  Without doubt it is a three toed giant sloth living a long ways from large trees here.

We are going to have to establish tool to locate and watch these animals because they do stalk humans and i now suspect that there is a lot more victims out there unidentified as such.  It is able to use its mind to shock the human mind into unconsciousness as well which nicely eliminates a blood trail.  Ouch.

I found the following account recently. Maybe a reader can shed some light on this:

I'm a 32 year old man, in the military and been through extensive tests for cognitive function (MRI, EEG, etc). So I would be alarmed if I had some flunk in my mentality, in relation to this experience. And hence, this makes it rather unsettling.

I was about 12 years old, when this took place. My family moved into a 13-story apartment building. We lived on the 4th floor overlooking normal suburban housing in South Africa. From my room I could see my friend's house not so far off and to the left of our building and to the right of my friend's house was a rather huge (couple of hectares) field of knee high grass that went over a hill. The building we stayed in was at the peak almost of said hill.

Hopefully you get the idea of the area. So this friend, I'll call him J, a few months after we initially met told me about this thing that he has seen and heard in the field from his house late at night or in the early mornings about 3 or 4 am when he was prepping to go fishing for the day. And that a few years prior to me moving there, one of the neighbors actually went out with his shotgun one such evening and shot in the general direction of this thing.

He described it to me as just seeing the red eyes and a tall dark mass but in the shape of a "werewolf" standing on two feet. Notable is that this field was not illuminated as the rest of town and only partial when there was a full moon even from my vantage point in my room.

I took this with a grain of salt for certain and had a normal kids mentality of fancying the idea for spooks and scary tales.

One evening though I was in my room struggling to fall asleep lights off and all. Then I heard a rather odd growl howl or whatever from the direction of the field. So naturally I peeked out my window, obviously my imagination kicked in and I thought I saw something red moving around but as a blur. The distance from my window to the the crest of the hill was about 300 meters. I just brushed it off as silly mind tricks.

A few months go by and I'm about to join J on a fishing trip. We wake up at 3 in the morning and have to start packing and loading all the equipment and so forth. Now from his house there was two more houses to the right then the field started. The street of his house was adjacent to the grounds for the building I stayed in. So I could see my room window standing in his yard.

We started hearing noises coming from said field and proceeded to investigate without leaving the yard. From his house we could see about 200 meters away into the field two red specks staying really still. The thing is when one looked at it, it seemed to blur or fade, meaning you had to look away and quickly back again to see it. These specks or eyes as we deemed it was about the two meters above the ground if not more as at that distance one's judgement can be a bit off. Next moment we see the eyes darting away, we could barely make out the body features of whatever's eyes it was, just a tall black mass moving at an alarming pace back behind the hill.

So we chat about it and just leave it at that, thinking we both just imagine things. We go fishing that day without a hassle or even talked about what we might or might not have seen.

So here comes the kicker. The following day my brother and my friend J and me go for a bit of exploring in this massive field. It was at a dry spell so all the grass was brown and we had no rain for a few weeks. Noteworthy is that we found really old arrowheads, you know rusted and primitive looking but more like 200 or so years back in that field/ hillside.

As we are walking along we near the crested area of the hill or field, and I stumble upon a footprint in the sand. Mind you this was at a small clearing between the grass that was just sand.

This footprint at first looked to be of some kind of animal but catlike, so my first reaction was 'hey guys look some lion or leopard got free or something.' Then on closer inspection that all changed.

The main cushion was the size of a grown man's palm, with three smaller cushions for the toes and the above them three triangle indentations that would be for claws. The footprint did not look like whatever this was had been moving too fast, just a quick walk maybe. Now this was the first footprint. Big with three toes and clearly clawed. The freaky part came when we found two more. The direction of the tracks was towards the building I stayed in buuuuut, and pardon to long buuuut, they were at least three to four meters apart and there was no prints after or before the ones we found.

This was at around eleven in the morning, and three of us. My brother the most sceptical just went silent. I mean that he did not react or say anything when he saw this, more of a shock reaction or something to that nature. His reaction still gives me uneasy vibes thinking about till this day. Freaks me out more than the actual footprints of whatever that thing was.

Now we had no cellphones at that time and I wish I could have taken pictures. The day is still burned into my memory. We went on exploring some more afterwards though.

What really got me is that we were so aloof to all of it that we never really talked about what we saw and found that day. It's as if the pure nature of it was too much for our minds to grasp and I eventually thought it might have been some ostrich footprint. Still their feet don't look like that nor is there any damn ostriches living in that place.

Well that's how I tried to reason it out for myself. I've seen a lot of other animal footprints, especially big cats, dogs, etc. But none had that distinct shape or three toes thing going on. Whatever it was was clearly something unbeknownst to us.

We never really talked about it afterwards and its been years since I asked my brother about it. He is the older one and when I asked him a few years back he got really uncomfortable so I refrained from asking him details or pestering him about it. And I'm not in contact with J for years now. SB

NOTE: Very interesting account. Since this was in South Africa, I wonder if there is a cryptid that would match up to this evidence? Could it have been an Agogwe? - Lon
Posted by arclein at 12:00 AM