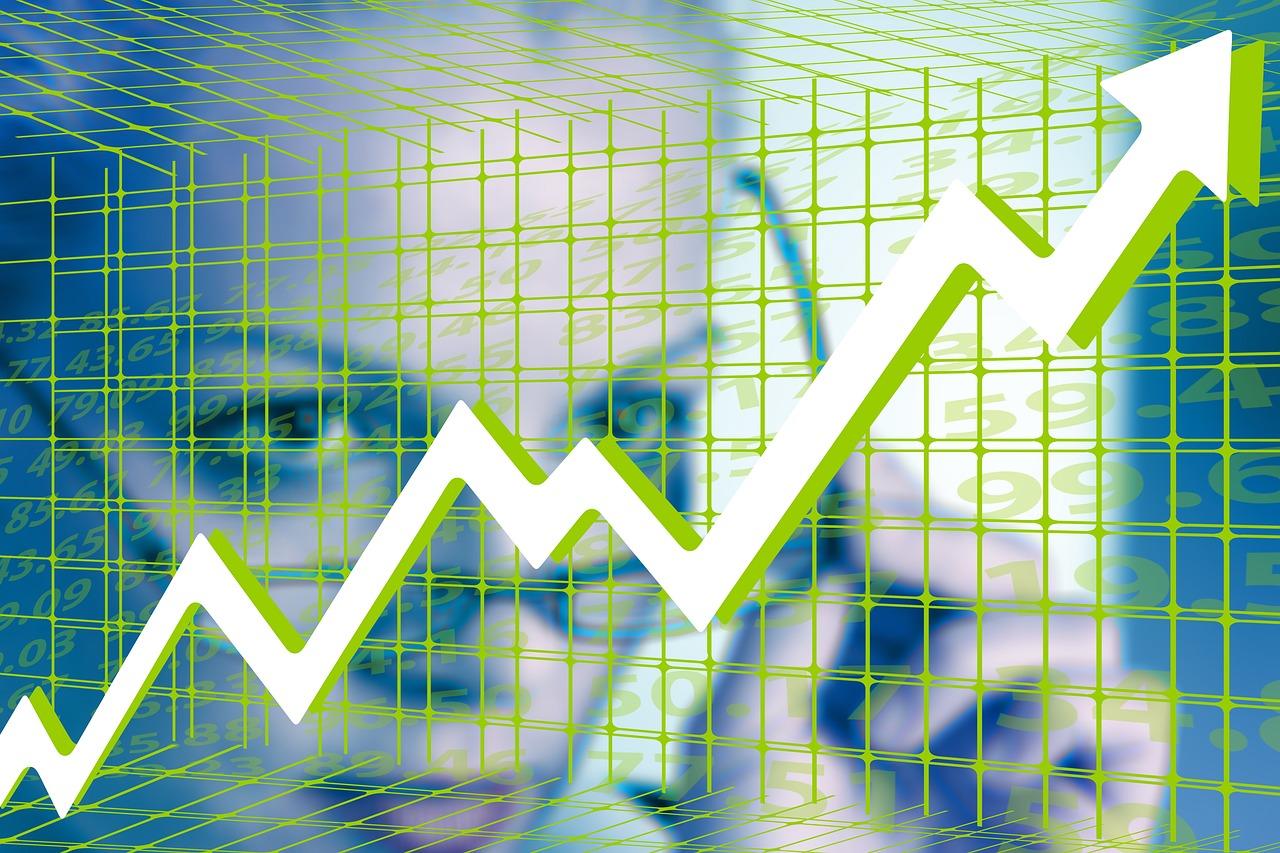 First, it appears that a substancial attack was made on the Saudi oil complex.  It is claimed that half of Saudi production was lost.

That is a tall tale unless a a substancial number of weapons were involved.  It is also unreasonable to think that the Saudis had somehow failed to anticipate an attack and had not taken basic steps to protect their facilities.

What this does do is allow the price of oil to be lifted into higher levels.  As of this writing it has jumped to $65.  Assuming that the production loss is actually temporary then they will get a sales windfall or at worst stay neutral during the gap.

This looks a lot like a DEEP STATE operation with Israeli assistence.  It may not be, but then we get into the problem of capability.  We do know that the USA Navy and the Israelis can do this.

Thus the rush to war needs to be measured as appears to be happening.

Now who loses now.  China is on top of that list.

The USA gains increased revenue as well and is visibly becoming stronger.

This all coincides with steadily increasing pressure on the CCP with both a naval presence and increasing trade tariffs about to kick in.

I also think that Iran must be about to open negotiations with the USA.  Their situation is ddesparate.

They are also getting the messasge that Trump can be trusted and now must be trusted.
.

If You Think The Price Of Oil Is Skyrocketing Now, Just Wait Until The War Starts...

Authored by Michael Snyder via The Economic Collapse blog,

In the aftermath of the most dramatic attack on Saudi oil facilities that we have ever seen, the price of oil has exploded higher.  The Wall Street Journal is calling this attack “the Big One”, and President Trump appears to be indicating that some sort of military retaliation is coming.  Needless to say, a direct military strike on Iran could spark a major war in the Middle East, and that would be absolutely devastating for the entire global economy.  Just about everything that we buy has to be moved, and moving stuff takes energy.
When the price of oil gets really high, that tends to create inflation because the price of oil is a factor in virtually everything that we buy.  In addition, a really high price for oil also tends to slow down economic activity, and this is something that we witnessed just prior to the financial crisis of 2008.  And if this crisis in the Middle East stretches over an extended period of time, it could ultimately result in a phenomenon known as “stagflation” where we have rapidly rising prices and weaker economic activity simultaneously.
The last time we experienced such a thing was in the 1970s, and nobody really remembers the U.S. economy of the 1970s favorably.
The damage caused by the “drone attacks” in Saudi Arabia was immense.  According to the Daily Mail, “huge plumes of black smoke” could be seen pouring out of a key Saudi oil facility…

Infernos raged at the plant in Abqaiq, Bugayg, and the country’s second largest oilfield in Khurais yesterday morning after Tehran-backed Houthi rebels in Yemen fired a flurry of rockets.
Huge plumes of black smoke could be seen coming from the oil facility.

Houthi rebels in Yemen have publicly taken responsibility for the attacks, but they may or may not be telling the truth.
At this point, U.S. Secretary of State Mike Pompeo is completely rejecting that explanation, and he is claiming that there is “no evidence the strikes had come from Yemen”…

Secretary of State Mike Pompeo blamed Iran for coordinated strikes on the heart of Saudi Arabia’s oil industry, saying they marked an unprecedented attack on the world’s energy supply.
The strikes shut down half of the kingdom’s crude production on Saturday, potentially roiling petroleum prices and demonstrating the power of Iran’s proxies.
Iran-allied Houthi rebels in neighboring Yemen claimed credit for the attack, saying they sent 10 drones to strike at important facilities in Saudi Arabia’s oil-rich Eastern Province. But Mr. Pompeo said there was no evidence the strikes had come from Yemen.

And according to Reuters, another unnamed “U.S. official” told them that the attacks came from “west-northwest of the targets”…

The U.S. official, who asked not to be named, said there were 19 points of impact in the attack on Saudi facilities and that evidence showed the launch area was west-northwest of the targets – the direction of Iran – not south from Yemen.
The official added that Saudi officials had indicated they had seen signs that cruise missiles were used in the attack, which is inconsistent with the Iran-aligned Houthi group’s claim that it conducted the attack with 10 drones.

Of course drones don’t have to travel in a straight line, and cruise missiles don’t either, and so we may never know for sure where the attacks originated.
But we do know that the Houthi rebels in Yemen are being backed by Iran, and we also know that the Shia militias in Iraq are also being backed by Iran.
So whether the attacks originated in Yemen, southern Iraq or Iran itself, it is not going to be too difficult for U.S. officials to place the blame on the Iranians, and we should expect some sort of military response.
In fact, President Trump posted the following message to Twitter just a little while ago…

Saudi Arabia oil supply was attacked. There is reason to believe that we know the culprit, are locked and loaded depending on verification, but are waiting to hear from the Kingdom as to who they believe was the cause of this attack, and under what terms we would proceed!

Of course U.S. airstrikes against Iran itself could ultimately spark World War 3, and most Americans are completely clueless that we could literally be on the precipice of a major war.
According to the Saudis, the equivalent of 5.7 million barrels a day of oil production were affected by the attacks.  Saudi Arabia typically produces about 9.8 million barrels a day, and so that is a really big deal.
When the markets reopened on Sunday night, oil futures exploded higher.  In fact, according to Zero Hedge this was the biggest jump ever…

With traders in a state of near-frenzy, with a subset of fintwit scrambling (and failing) to calculate what the limit move in oil would be (hint: there is none for Brent), moments ago brent reopened for trading in the aftermath of Saturday’s attack on the “world’s most important oil processing plant“, and exploded some 20% higher, to a high of $71.95 from the Friday $60.22 close, its biggest jump since futures started trading in 1988.

As I write this article, the price of Brent crude is currently sitting at $66.89, although at least one analyst is warning that the price of oil could soon shoot up to “as high as $100 per barrel” if the Saudis are not able to quickly resume their previous level of production…

The oil market will rally by $5-10 per barrel when it opens on Monday and may spike to as high as $100 per barrel if Saudi Arabia fails to quickly resume oil supply lost after attacks over the weekend, traders and analysts said.

Saudi officials have already told us that they anticipate that a third of the lost oil output will be restored on Monday.
But because of the extensive damage that has been done, restoring the remainder of the lost output could take “weeks” or even “months”.
In the short-term, President Trump has “authorized the release of oil from the Strategic Petroleum Reserve“, and that should help stabilize prices somewhat.
However, if a full-blown war with Iran erupts, nothing is going to be able to calm the markets.  In such a scenario, the price of oil could easily explode to a level that is four or five times higher than it is today, and that would essentially be the equivalent of slamming a baseball bat into the knees of the global economy.
The times that we are living in are about to become a whole lot more serious, but most Americans are not even paying attention to these absolutely critical global events.
In fact, even the mainstream media seems to believe that the new allegations against Supreme Court Justice Brett Kavanaugh are more important.
That is because they don’t understand what is really happening.
Trust me, keep a close eye on the Middle East, because things are about to start breaking loose there in a major way.
Posted by arclein at 12:00 AM