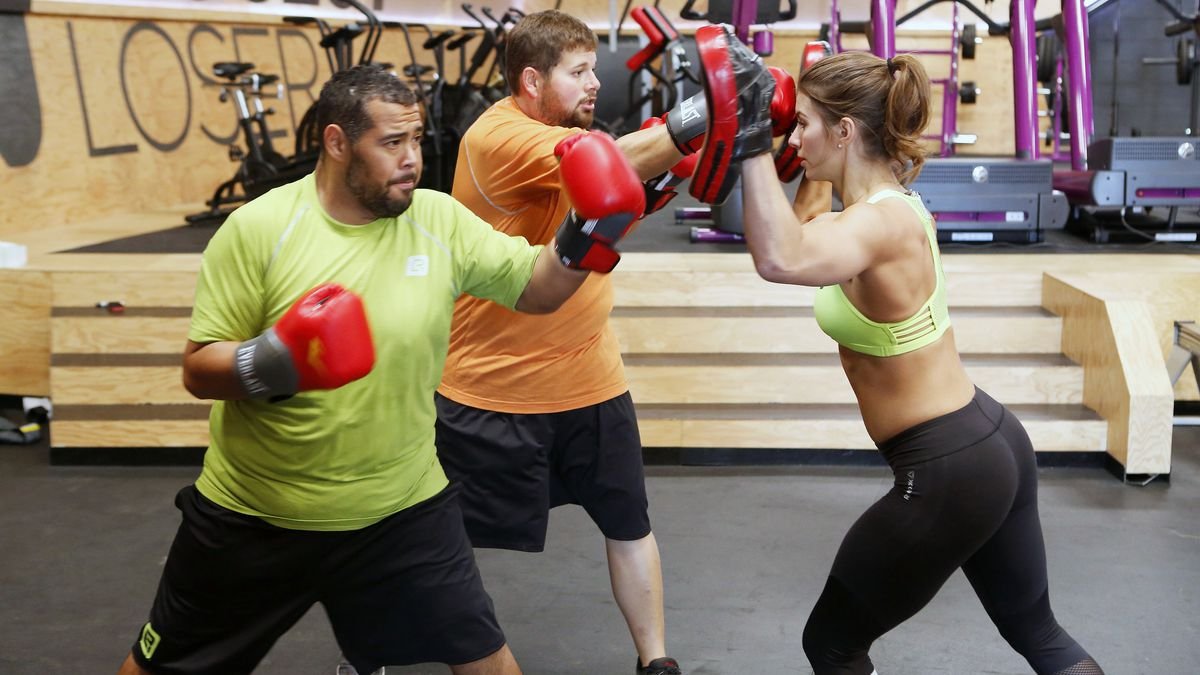 The take home it to accept best effort and to enjoy the trip.  good advice in itself of course, but my experience is that weight loss is managed best by some form of interval fasting forcing you to contain your daily consumption to a set time window every day.  I do about six hours per day.

All that allows the digestive tract to do its work and to even void long before it kicks in again.  Such a program should allow the bulk of unwelcome fat to slowly leave.

Obsession over fine tuning it all is a really bad idea and can only lead to bad decisions that will counter your efforts..

Embrace the healthful living imperfections of reality, and suddenly the impossible may well become possible.

It was not a very optimistic study for those hoping to permanently lose weight. The study of former contestants on the NBC show The Biggest Loser, conducted by the National Institutes of Health, found that six years after the last time Jillian Michaels yelled at them, nearly all of season eight's contestants had regained the bulk of the weight they had so painfully lost.

Worse, it seemed their metabolisms were broken. While it is entirely normal for bodies' metabolic rates to drop with weight loss (a phenomenon known as metabolic adaptation), six years later and the Losers were burning far fewer calories than would have been expected. Their metabolisms, on average, were underperforming to the tune of 499 calories per day — just shy of a Big Mac's worth.

As an exclusively obesity medicine doctor with more than 13 years of working entirely with patients on weight loss and behavior change and a very public profile, I had comments and questions about this study filling my inbox. Understandably, people were discouraged. Some wrote to me to say that they'd now lost hope, that they were depressed, that they couldn't see the point in even trying anymore. Others wrote with vindication and told me so that long-term weight loss was impossible.

Well, I'm here to tell you that long-term weight loss is definitely not impossible, but perhaps the constructs we've set up around weight loss, constructs like The Biggest Loser's, doom those who buy into them to failure.

I think what hampers people more than anything else with weight loss is how success has been defined. Whether that definition comes from the glorification of extreme weight loss on idiotic television shows, or from public health messaging around the risks of obesity, or doctors discussing "normal" weights or body mass indices with their patients, or from personally held desires, the shared goal post is one of losing every last bit of excess weight.

And while losing everything can and does occur, it always needs to carry the proviso, "Results not typical."

In 1997, Gary Foster and colleagues explored the expectations of patients as they enrolled in a medical weight loss program. Prior to the start of their treatment, 60 women with obesity were asked to describe their goal weights along with their values for "dream weight," "happy weight," "acceptable weight," and "disappointed weight."

"Disappointed" was defined as "a weight that is less than your current weight, but one that you could not view as successful in any way. You would be disappointed if this were your final weight after the program."

At the end of the program, nearly half of the study subjects didn't even lose enough weight to be disappointed, while only about a quarter reached an "acceptable" weight, and only 9 percent lost enough to be "happy" about it.

And what happens if your outcome isn't even disappointing? Well, chances are you quit trying, and since weight is a chronic condition, when treatment stops, weight returns.

Before we get to the proof that long-term weight loss is both real and possible, let's shift gears briefly and talk about running. I'm a runner. Not a good one, mind you, but a runner nonetheless. At 44 years of age, for me to qualify for next year's Boston Marathon I'd need to complete a marathon in under three hours and 15 minutes. That's really not likely to happen. The longest race I've ever run was a half marathon where I clocked in at two hours and 12 minutes — and I wanted to die for the last 20 or so of those.

What if running success were determined by qualifying for Boston? Would I still be a runner if I regularly disappointed myself by not being able to run a marathon, let alone qualify for Boston's, or would I simply stop running? I'm pretty sure I'd stop — which is a real shame, as there are incredible health and quality-of-life benefits to be had from running, even running slowly, and it's fun, to boot.

If I did stop because I didn't qualify for Boston, I also wouldn't be alone, as, according to an analysis done by Competitor.com, only 12 percent of marathoners run Boston Marathon times, and no doubt the vast majority of runners never run a single marathon.

Yet when it comes to weight, it would seem that everyone is trying to qualify for the Boston Marathon of weight loss, and society is not only not pointing out how backward that goal is but reinforcing it.

But what if, like running, the goal with weight loss and/or healthful living was for people to simply do their best? For people to determine their own best efforts, and respect their realities? For a person's reality to include potentially unchangeable limitations like genetics, medical illnesses, socioeconomics, caregiving requirements, job responsibilities, and travel — as well as the fact that food is not just fuel, but also something that we as a species use for comfort, for celebration, and as the substrate of the world's oldest social network?

Embrace the healthful living imperfections of reality, and suddenly the impossible may well become possible.

Take the Look AHEAD study. Struck in 2004, the study was meant to explore the impact of weight loss and exercise on reducing heart disease risk among patients with both excess weight and Type 2 diabetes.

Patients were randomized to receive either "intensive lifestyle intervention" — a rigorous, frequent, and lengthy behavioral support and education program — versus usual care, which included some relatively infrequent group meetings where diet, physical activity, and social support were discussed.

Look AHEAD's weight loss goals were far less lofty than qualifying for the Boston Marathon of weight loss. Instead, the aim was to try to effect a 10 percent loss.

It's also important to point out that these losses were on top of not gaining, as studies on weight gain suggest that the average American, during those eight years of follow-up, not only wouldn't have lost weight but would have gained between 9 and 17 pounds.

The real world has its share of success stories too, many of which are collected by the National Weight Control Registry. Established in 1994, the registry is a gathering place for successful losers. To qualify for enrollment, a loser needs to have lost more than 30 pounds and kept that weight off for over a year.

Today there are more than 10,000 registrants who on average have lost 66 pounds and kept it off for five and a half years. Registrants have lost weight every which way. Some have lost rapidly, while for others it took years. Some lost weight with low-fat diets, others low-carb. Some used diet books for guidance, others self-directed, and others still went to weight loss programs for help.

Looking to their success stories, published both online and as highlighted by Anne Fletcher in her book exploring the registrants, Thin for Life, the one common theme is that while maintaining their losses requires ongoing effort, that effort isn't perceived by these weight loss masters as a hardship but rather as just living with new lifestyles, and lifestyles that they enjoy.
This is something I've witnessed regularly in my own practice. Looking to my experiences working with thousands of patients over the course of the past dozen years, it's clear that liking the life you're living while you're losing weight is the key to keeping it off.

Liking the life you're living while you're losing looks different to each individual. There is no one "best" diet. While different diet gurus and their acolytes will try to tell you that their diet is the best and only diet, there is definitely no clear winner in the medical literature.

Moreover, even if there were a clear winner on paper, if the key to your success is actually liking the life and diet you're living with while you're losing, one person's best diet, if not enjoyed, would be another person's worst.

So what does that goal post look like? The term I coined to describe it is "best weight," where your best weight is whatever weight you reach when you're living the healthiest life that you actually enjoy.

If you want to succeed with long-term weight loss, it's crucial that you embrace both reality and imperfection.

Remember, too, that your best efforts will vary. Your best when facing a challenging time in life will be different from your best when everything is hunky-dory, just as your best on your birthday, or on a vacation, or at a holiday meal will require indulgence.