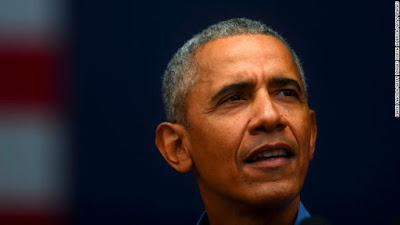 They all took orders even when they knew that it was illegal and a real risk.  The money and power using these guys is insane.  More critically, this does go back to Dulles.  With the elimination of JFK, they essentially played the presidential system until the shock of Reagan.  They managed to neutralize him by having HW bush as minder and after him, they have put their assets aboard.

Then along came Trump who was not buying any of this.  The republic has been controlled by this de facto secret governmental cabal since Eisenhower who did warn us.

The big problem is that this CABAL made common cause with the CCP around 1990 or even sooner.  The CABAL itself looks more and more like a global NAZI cutout and are certainly not American patriots.  Thus at the exact same time the Patriots are besieging the DEEP STATE, they are also now countering massive CCP subversion.

Since Trump's election, allies have been falling into place.  What is now possible is completely mind boggling.

Perhaps even the emergence of the Communion of TERRA and the elimination of global poverty.

With the Office of the Inspector General recommending prosecution for disgraced ex-FBI Deputy Director, Andrew McCabe and the IG’s FISA report handed over to the FBI for redactions, Former CIA Officer and whistleblower, Kevin Shipp joins Greg Hunter with his analysis of what’s next for the coup-plotters.

Shipp, a counter-intelligence expert, believes McCabe won’t fall on his sword and that he will inform on his co-conspirators to try to cut a deal. He says, “I do think he will talk, absolutely. It’s either that or be imprisoned with Billy Bob for the next 15 or 20 years. The motivation is great for him to talk…
“This is one of the most outrageous things the Shadow Government and the Deep State has done. They ran a counter-intelligence espionage operation – and that was their excuse to open an investigation!

“…It is clear to me that spying on Trump was ordered by Obama. It had to be, no doubt about it. He gets a Presidential brief on what the FBI, CIA, NSA are doing every single day. The FBI spied on the Trump campaign with an unprecedented domestic spy operation and that is rocking this country.”

Shipp believes that what happened with President Trump is a first in US history. Shipp says, “This is huge, that they had a domestic spying program involving CIA and FBI informants targeting a Presidential candidate and then the actual President himself. This has never happened before, and I am hoping it will never happen again.

“This must come out. It has to come out, if we are going to retain our democracy and our constitutional republic. These people have got to be exposed, they have got to be indicted and they have to be charged.

“If they are not, it’s pretty much over for our justice system.”

Greg Hunter then asks the question of questions:

“What is the motivation, to get people like McCabe and Comey and Brennan and Clapper and people at the State Department, like John Kerry involved in this? What is their motivation to commit one felony after another? They must know they are committing felonies! They’re doing it because they hate Donald Trump? Really? You can get people to commit multiple felonies with decades of prison time for the accumulation of these felonies, because they just hate somebody? What’s up with that?

What is their motivation?”

“Donald Trump was going to…pop the lid off of all of that and they knew it. These people have been doing these criminal operations for a few decades, now and they’ve never been exposed until now, so they’re all trying to to cover this up but for the first time in our history, at least since this began, they’re being exposed, as much as they try not to.

“So, it’s tied into the elites that have been running this government…in the Shadow Government, always thinking, as Hillary Clinton did, that they’ll never be caught…they’re controlling the government through the FBI, CIA, NSA and they thought they could get away with it. Enter Donald Trump. Backfire.”
Posted by arclein at 12:00 AM