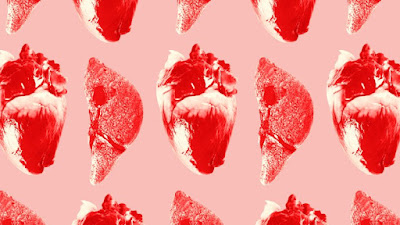 This gives us a snap shot of the current state of the art.  Let us call it enhanced organ preservation.  Direct use of ice is by definition a crude method but works long enough to open a window of several hours.  These other methods can clearly expand that window to so far a likely twenty four hours.  This obviously makes a huge difference and opens the door for a global delivery system.  By it very nature this will then allow a much vaster universe of transplanting options.

From the descriptions it does appear that the window may well be expanded to several days without ill effect.

However, i do not think we will ever really get much past our just in time approach to the need..


A new technique can preserve the organ outside the human body for at least 27 hours. Sarah Zhang 11:01 AM ET


On ice, a liver destined for transplant can last nine, maybe 12 hours. A lot must happen in this time: The liver must be flown to another hospital, a surgical team assembled, an operating room prepped, a recipient rushed into surgery, and the diseased liver carefully removed. Each hour on ice, the liver deteriorates; too many hours, and it will never function in a human body again. Ice can only do so much to slow biological time.


See our journalism come to life at The Atlantic Festival, September 24-26 in Washington, D.C.

For this reason—along with the sobering statistic that 20 people die every day waiting for a transplant—doctors and scientists have long sought ways to preserve organs. Biologists now report a new strategy tested on five human livers: supercooling the organ to 4 degrees Celsius below zero, or just under 25 degrees Fahrenheit. This is below the freezing point of water, but the liver, perfused with a special solution, is never actually frozen. “When you touch it, it’s soft and there’s no ice,” says Shannon Tessier, a bioengineer now at Massachusetts General Hospital and co-author of the new study.

Preserved this way, the human livers appear viable, based on lab tests, for at least 27 hours. “That is impressive,” Ina Jochmans, a researcher and transplant surgeon at KU Leuven who was not involved in the study, wrote in an email.

Livers are a particular challenge for preservation because they are the largest solid organ in the human body. In adults, they weigh about three pounds. Back in 2014, the team perfected a supercooling protocol for rat livers, but those weigh just a fraction of an ounce. When the team tried the same protocol on human livers, it failed miserably. “We just had rock-hard, frozen liver,” says Reinier J. de Vries, a co-author of the paper. Freezing forms ice crystals that cause severe tissue damage—think frostbite. A liver that has been accidentally frozen cannot be transplanted.

So the researchers started tinkering with the protocol in three important ways. First, they perfected a preservation cocktail to replace blood. The final recipe contained, crucially, two sugars called trehalose and glycerol. These sugars essentially act as antifreeze, helping the liver to stay unfrozen even below zero. The researchers also realized that ice tends to start forming at the interface of air and liquids, so they got rid of any air in the cocktail. Lastly, they used machines to perfuse, or gently circulate, the cocktail through the liver’s blood vessels, which helped it seep into the tissues evenly. This also allowed the team to bring the temperature down gradually.


For the team, this complicated protocol also suggests something about the potential future of organ preservation. For years, different groups have debated the best strategy for extending the shelf life of organs: Should they be perfused, or left alone in static storage? Should they be kept at body temperature, just above freezing, or below it? Last year, a group in Europe found that livers perfused at body temperature fared better in transplant recipients than those stored on ice. Warm perfusion, as it’s called, might even repair damage in organs from deceased donors. But it also requires a machine continuously working to keep the liver happy. Static storage is simpler for transportation.


The team stopped the tests at 27 hours, because it was simply seeking to triple the nine hours that livers can typically withstand. It’s possible the livers could go for hours more. The team is also testing the protocol in other organs, such as hearts and kidneys.

Yet other researchers are seeking to extend the viability of organs even longer—to the scale of months and perhaps even years. In 2002, Greg Fahy, a cryobiologist now at 21st Century Medicine, famously vitrified a rabbit kidney. Vitrification is a glasslike state, in which organs are rapidly cooled along with cryoprotectants that prevent the formation of ice crystals. At 200 degrees Fahrenheit below zero, an organ might be stored pretty much indefinitely. But while vitrification works for cells—it’s now become common for women storing their eggs—it’s much more difficult to use on organs, which are a mix of different types of cells, each with finicky preferences. When Fahy’s vitrified rabbit kidney was warmed and transplanted, the rabbit lived for 48 days before it was killed for examination—but the organ was also clearly not working as well as a healthy one.

Fahy is working with John Bischof, a mechanical engineer at the University of Minnesota, who is trying to rewarm vitrified organs by embedding them with nanoparticles. When vitrified organs warm normally, they can crack—“like taking an ice cube and dropping it into water,” Bischof says. So instead, he rapidly warms the entire piece of tissue by using a magnetic field to “vibrate” nanoparticles embedded inside. Bischof has used nanowarming on vitrified rabbit livers, rat livers, and hearts from both animals, and he hopes to test how the organs warmed this way fare in animals soon.

The ability to preserve organs could cut down on the number of organs recovered for transplant that go to waste, says Jedediah Lewis, CEO of the nonprofit Organ Preservation Alliance. He points out that U.S. patients who die waiting for a liver transplant turn down, on average, six livers offered to them. Ten percent of recovered livers never find a donor in the U.S. at all. Sometimes, no donors are a good match based on age and immune-system compatibility in the limited geographical area that the organ has time to cross. Transplant centers also refuse organs they think are risky, because they do not want their failure rates to go up. Shimul Shah, a liver-transplant surgeon at the University of Cincinnati, describes the stakes to using a risky liver this way: “If we’re wrong, the patient dies. That’s why people are conservative and only use the perfect livers.”

If organs can be better preserved, they can travel farther to a better-matched recipient. These techniques might also allow surgeons and patients to take a chance on an organ they might have passed up. In recent years, an increasing number of organs have come from patients who died after their hearts stopped—rather than after being declared brain-dead. Cardiac death can cause more damage to the organs, which are no longer getting oxygen and might not last as long on ice.


In fact, some of the recent interest in organ preservation can be traced to the increased use of organs after cardiac death, Jochmans pointed out. In the first organ donations from deceased donors, in the 1960s, doctors did use machines to circulate blood through the organs. Then, in the late ’60s, doctors adopted the concept of brain death, which resulted in higher-quality organs for transplant. Simply putting organs in a preservation solution on ice sufficed. Now the donor pool is changing, and the needs of preservation are changing, too.

When Tessier and de Vries were perfecting their supercooling protocol, they used human livers that had been offered for transplant but got no takers. For a couple of years, de Vries says, they had to be on call at all hours of the day, all days of the week—much like transplant surgeons, albeit with lower stakes. But the upshot of organ preservation would be to transform organ transplantation from an emergency surgery to one that can be scheduled, prepped, and properly planned for.
Posted by arclein at 12:00 AM