Two cameras (at least) which were filming outside Jeffrey Epstein's cell magically "malfunctioned," 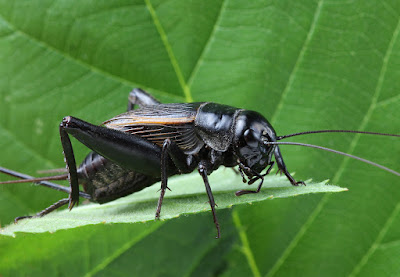 We are describing impossibilities of course.  This all looks like a planned extraction that got him safely out of there.  The follow up completely conforms to this as well and all the authorities were fully involved.  The Coroner would never have signed the death certificate unless he knew he would be vindicated in the future.

Our boy is safe and sound and cooperating fully in the global investigation.  This is not hard to do when the alternative is execution and when no one he ever knew will never dare be seen with him again.

And notice that no one seems too worried about all those errors as well.  Where they real, we would have had the jail subjected to a massive Congressional investigation.  Instead we have crickets.

Two cameras (at least) which were filming outside Jeffrey Epstein's cell magically "malfunctioned," according to a new report from Reuters citing an anonymous law enforcement source.

Two cameras that malfunctioned outside the jail cell where financier Jeffrey Epstein died as he awaited trial on sex-trafficking charges have been sent to an FBI crime lab for examination, a law enforcement source told Reuters.

The two cameras were within view of the Manhattan jail cell where he was found dead on Aug. 10. A source earlier told Reuters two jail guards failed to follow a procedure overnight to make separate checks on all prisoners every 30 minutes.

[...] The Washington Post reported on Monday that at least one camera in the hallway outside Epstein’s cell had footage that was unusable. The newspaper said there was other usable footage captured in the area.

It looks like the Washington Post report on Tuesday about one camera allegedly "malfunctioning" was just to soften the blow before it was revealed two (or more) cameras magically "malfunctioned."

Remember folks, if you don't think it's just a coincidence that not one but two cameras filming outside of Jeffrey Epstein's cell "malfunctioned," both jail guards (one of which wasn't even a corrections officer) who were supposed to watch over him "fell asleep" and Epstein killed himself in a hilarious fashion by jumping off his tiny bunk bed (which he shouldn't have even had) at just the right angle to hang himself in one fell swoop with a bed sheet (which he also shouldn't have had) then you're a conspiracy theorist and a terrorist!

Just ignore the facts that the former Prime Minister of Israel and head of Israeli Military Intelligence reportedly regularly "crashed" at Epstein's apartment, Epstein's alleged madam/handler Ghislaine Maxwell was the daughter of "Israel's Superspy" Robert Maxwell, the only known source of Epstein's wealth was pro-Israel billionaire Les Wexner and "prominent Republicans" think Jeffrey Epstein "was a Mossad agent" who works for Israeli intelligence!

As Senator Marco Rubio said last week, Epstein was just a "sicko" and that's all there is to it!