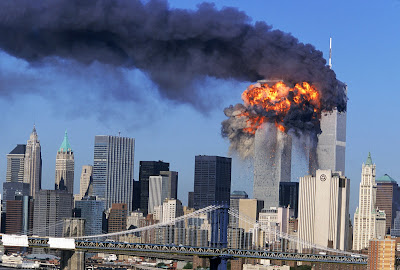 This documentary lists huge anomalies that beg clarification. not least is 9/11 of which i am most familiar with but other lines of obvious investigation also show up.  The particular target associated with the Pentagon attack along with specific currency transactions around the twin towers scream for investigation.  Yet both are plausibly well beyond the resorces and abilities and authorizations of those likely to ever be so tasked.
That is the bad news.
We are now almost twenty years past. We do know that the NSA has it all and that Mil Intel has it all.  That is the good news.  No good deed will go unrewarded.  Now you understand why trump is in charge of the Public Relations department.
.

At its most basic level, the events of September 11 should be considered a heinous crime, and demanding of thorough investigation and just punishment. While the official investigative verdict has been reached and widely accepted through the 9/11 Commission Report, nagging questions continue to linger in the aftermath of this global tragedy. A growing movement of amateur sleuths believes the real motive behind the crimes of that day may be one of the oldest vices in the history of humankind: greed. For them, any thorough investigation of these events would have to include a careful consideration of the cash trail left in its wake. The thought-provoking new documentary 9/11 Trillions: Follow the Money conducts exactly this type of investigation, and produces a series of theories too credible to be ignored.

Exhaustively assembled and researched, the documentary utilizes a wealth of televised news reports and interviews, official court documents, and the commission's own findings to argue its case. The questions it raises are shocking for both their callousness and probability.


Could 9/11 have been planned, at least in part, as an insurance scam? The film details the circumstances surrounding the single largest insurance settlement in history, and the strange series of events which precipitated it in the weeks and months leading up to the demise of the Twin Towers.


What are the facts behind the strange and illegal money transfers which were conducted from the World Trade Center on the morning of the attacks? Could investors have profited from having knowledge of the attacks before they were put into action on September 11th? In one of the film's many supportive pieces of evidence, former CIA agent Robert Baer is shown making this exact accusation on video during a 2008 event in Los Angeles, as he claims to have an association with one White House insider who cashed out their portfolio the day before the terrorist plot unfurled.


For some, 9/11 Trillions: Follow the Money will surely result in an incendiary viewing experience. But even for those who deny claims of conspiracy in regards to that tragic day, the film offers valuable insights which are rarely discussed on a national stage, but deserve to be.