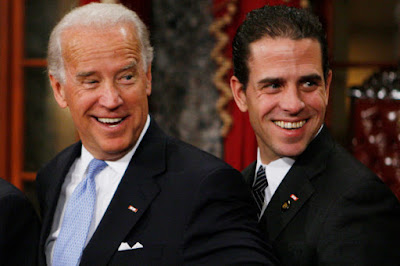 I cannot help but think that the whole DEM impeachment campaign now underway regarding the faux Ukraine issue is a planned setup on the DEMS.  My reason for this is that former VP Joe Biden was clearly and even deeply compromised with the Ukraine.  What took place there is surely one of the most public examples of outright corruption ever displayed by an US politician.  For the DEMS to actually choose to use this as content is naturally counter productive.

Is it possible that the Mil Intel has captured all corrupt DEMs and are in fact calling the shots in order to utterly destroy the whole DEM establishment?  We certainly think these guys are scripted.  But by who?

All this is certainly making the DEMs unelectable 2020.  We know that the patriots do have control and that they also have all the NSA data going back to inception.  That means that all political corruption is fully understood for the past two administrations.  That means sealed indictments and you now have a new handler if you want to stay in play.

Can we really say that what they are doing is otherwise rational?  That is why I am positing what is otherwise a conspiracy theory.

What has happened here is that the whole Biden Corruption situation has now been made the public story of the DEM 2020 election campaign.  It is completely known and Biden will have to finally withdraw and will obviously face real prosecution and publicity while the other candidates are trying to get air time.

It is also coming out the the Whistle blower report obviously crafted by legal professionals and was part of a George Soros implicated assault on the president.

In the end, it appears that DEEP STATE is becoming almost reckless and even desperate.  They do not let up..