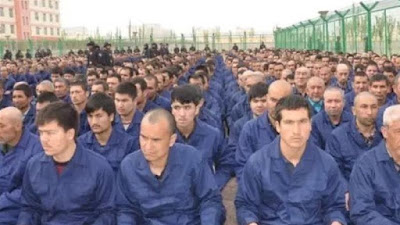 It is astonishing just how quickly this has all been made to happen.  There is even discussion regarding the advent of crematoriums  worse, no one is leaving as well.


The news now is bad and it represents ten percent of the population of Uighurs.


Random violence has been used to justify this whole exercise.  There is and was no terrorism here.  There is a sympathy for independence, as is true also for Tibetans.  Yet it has never been really organized.

This is a sadly natural expression of true Chinese racism. 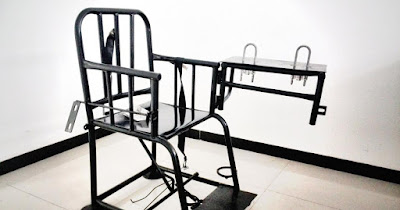 Reason TV’s Todd Krainin talks with Nury Turkel, an attorney, activist, and American of Uyghur heritage, to discuss what he considers to be the greatest humanitarian crisis in the world today.

Since 2017, Chinese Communist Party has been holding between 2 and 3 million ethnic Uyghurs or 25% of their population in concentration camps. It is the largest internment of an ethnic minority in history since World War II.

The prisoners describe the facilities as extrajudicial “re-education camps”, where they are subject to political indoctrination and sometimes. The Pentagon and the State Department are calling it a “cultural genocide”.

China denies these claims, asserting that the camps are for vocational training to create paths out of poverty, rather than for political re-education.

Yet even outside the camps, Uyghurs are subject to extraordinary degree of state surveillance and are not allowed to practice their Muslim faith or to even grown their beards. The eeriest part of this may be that the CCP is determining who goes to jail by using Artificial Intelligence. Turkel says, “The authorities subjected Uyghurs to mandatory biometric collection and DNA sampling, that helped the Chinese government to build a large database – artificial intelligence database.”