The New York Times is Right About Economists, for the Wrong Reasons 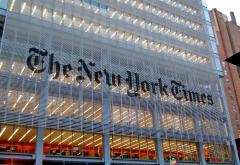 Yes, we do not need more data.  We need to understand a working Econome that starts and actually ends in its ability to completely end poverty.   I have stated that i do have such an Econome and that ending povert is completely possible and plausible.  Yet it is also subtle or we may have stumbled into it long ago.

Recall that such an Econome must integrate community, credit, governance, and the individual.  This hardly lends itself to glib pronouncements or the application of crude ideas.
Once again i do emphasize the application of what i describe as the rule of twelve as a natural operating meme..

The New York Times is Right About Economists, for the Wrong Reasons

The dull, tired, whiny Old Gray Lady has another opinion piece about America's slavish devotion to free market orthodoxy, but this time with a slight twist: it's economists themselves to blame for the anti-government revolution.

Yet while the article's title held promise —"Blame Economists for the Mess We're In," it turns out the author had no interest in examining economics as a self-serving or compromised profession per se. He merely laments what he sees as its pro-market turn after the high-water mark of academic support for socialism in the 1930s. Thus we get the usual complaints about slashing regulations, antipathy for minimum wage laws, lack of support for unions, and the bipartisan "turn toward markets":

[ this is hilarious.  The high point for socialist absurdity as an intellectual meme was 80 years ago. This has been followed by no less than 80 years of absolute empirical failure in all political settings. This is only possible because the theoretical foundations of economic theory have never been properly established.  - arclein ]

As the quarter century of growth that followed World War II sputtered to a close, economists moved into the halls of power, instructing policymakers that growth could be revived by minimizing government’s role in managing the economy. They also warned that a society that sought to limit inequality would pay a price in the form of less growth. In the words of a British acolyte of this new economics, the world needed “more millionaires and more bankrupts.”

In the four decades between 1969 and 2008, economists played a leading role in slashing taxation of the wealthy and in curbing public investment. They supervised the deregulation of major sectors, including transportation and communications. They lionized big business, defending the concentration of corporate power, even as they demonized trade unions and opposed worker protections like minimum wage laws. Economists even persuaded policymakers to assign a dollar value to human life — around $10 million in 2019 — to assess whether regulations were worthwhile.

And of course no Times piece about economics is ever complete without some boilerplate language about inequality, the great non-issue of our day. As always, egghead economists focus only on their God of efficiency:
[ understand that the day we end poverty is the day when inequality becomes utterly irrelevant. I will have everything i need to be happy as a spiritual person - arclein ]


They agreed that the primary goal of economic policy was to increase the dollar value of the nation’s output. And they had little patience for efforts to limit inequality. Charles L. Schultze, the chairman of Mr. Carter’s Council of Economic Advisers, said in the early 1980s that economists should fight for efficient policies “even when the result is significant income losses for particular groups — which it almost always is.” A generation later, in 2004, the Nobel laureate Robert Lucas warned against any revival of efforts to reduce inequality. “Of the tendencies that are harmful to sound economics, the most seductive, and in my opinion the most poisonous, is to focus on questions of distribution.”

It’s time to discard the judgment of economists that society should turn a blind eye to inequality. Reducing inequality should be a primary goal of public policy.

The market economy remains one of humankind’s most awesome inventions, a powerful machine for the creation of wealth. But the measure of a society is the quality of life throughout the pyramid, not just at the top, and a growing body of research shows that those born at the bottom today have less chance than in earlier generations to achieve prosperity or to contribute to society’s general welfare — even if they are rich by historical standards.
This is not just bad for those who suffer, although surely that is bad enough. It is bad for affluent Americans, too. When wealth is concentrated in the hands of the few, studies show, total consumption declines and investment lags. Corporations and wealthy households increasingly resemble Scrooge McDuck, sitting on piles of money they can’t use productively.

It's too bad the author chose to focus on the non-issue of inequality in his critique of modern economics. The Left can't get over its silly perception that modern economists somehow are in thrall to Milton Friedman rather than Keynes, when in fact the former is not the ideologue they imagine while the latter has his DNA deeply woven into every fiscal and monetary stimulus policy.

But the bigger point is not about ideology or policy or political views. Economics has become a lost profession, one that serves economists but not society. Economics is broken, except for those who make their living from it. It doesn't make us richer, or happier, or healthier. It doesn't make us smarter or more knowledgeable. Economics as currently taught and practiced fails to help explain the world — the fundamental role of any social science. Mises was derided by some as a mere "literary economist" for his lack of equations, charts, and graphs, but statistics and mathematical models that don't accurately predict anything are no substitute for the real calling of economics. Working as a quant at an investment bank, or worse yet a central bank, may feel like practicing economics, but it is motion without action.

Economics and economists today are indeed lost, but not in the way the New York Times imagines. The real scandal is the profession's turn from theory to data as the starting point for economic analysis.