Can All These Experts Be Wrong? What Is Really Behind the Recent Wave of UFO Disclosure Reports? 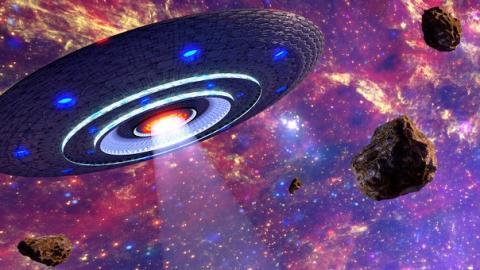 Many of those experts are aging out and no longer care much about decades old secrecy oaths.  They simply want to share knowledge that rightly belongs to us all.  They also see others getting it all on the record while been completely ignored so it is safe enough.

There exists one man alive today, in his nineties, who was perfectly placed to be completely briefed on the subject.  That is Paul Helyer who was Minister of Defense in Canada during the mid sixties.  He also held rank during WWII and was thus a natural colleague of all the USA military leadership.

In the last decade he provided a full briefing of his knowledge and it was extensive and complete as well in terms of numbers of alien species we are interacting with ( +  75 ).  It appears we must develop the tech ourselves but with the important assistance of back engineering to guide us.


There is a lot out there if you look.  The actual scale of our own operations is also startling and easily explains the missing defense money.  Think Manhattan Project times 100. And it is none of your business.

Can All These Experts Be Wrong? What Is Really Behind the Recent Wave of UFO Disclosure Reports?

Can all these important and respected experts be wrong? What is the truth behind the recent and hotly renewed interest in the UFO/ET issue?

Vladimir Putin once stated, in 2018, that if the United States did not make known what they knew about ET’s and UFO’s he would do it for them. Was an empty threat, classic Russian propaganda or did something interfere with Putin’s intended disclosure.


Edgar Mitchell was the sixth man to walk on the moon. One did not get become an astronaut in the Apollo program with undergoing extensive psychological training. Edgar Mitchell passed with flying colors. However, after Mitchell retired, he said that the Earth have been visited by several alien species several times. This should have received major headlines that a man of this note would make such a claim. But the mainstream media dealt with this disclosure by not dealing with it. Along the same lines, the Apollo 11 crew reported an alien craft tracking them to the moon. This, too, was suppressed by the MSM.

I had a closed door meeting with the late with the former Senior Noncom in NATO, Robert O. Dean, who died on October 11, was active in UFO research for many years. In the 1960s he read a document called "UFO Assessment: An Evaluation of a Possible Threat" while stationed at Supreme Headquarters Allied Powers Europe (SHAPE) which transformed his life. While he was never able to produce proof of the existence of this document, Dean insisted for more than 20 years that it was real and contained details of sightings, alien encounters and autopsies of alien bodies.


Various efforts to search SHAPE’s historical record allegedly never turned up any trace of the document, and SHAPE historian Dr. Gregory Pedlow claims that the one piece of evidence, which is a cover sheet of the document offered by UFO investigator Timothy Good for analysis by him in 1993, must be false because NATO does not have and never has had a designation "Cosmic Top Secret," which is displayed on the document.

Dean struck to his story and often described contents of the document. When the French Committee for In-Depth Studies of UFOs (COMETA) released a report in 1999 called "UFOs: What Should We Prepare For" its assessments were similar in tone to what Dean had claimed he had read in the SHAPE Assessment.

In December of 2017, the US Defense Department released video of some unknown objects displaying flight characteristics that are far beyond anything in possession of any known earthly power. This video ended the controversy about whether or not UFOs exist. There is a lot of credibility floating around in the preceding paragraphs. What is the truth?
Posted by arclein at 12:00 AM