A new magnetic swirl, or skyrmion, could upgrade data storage 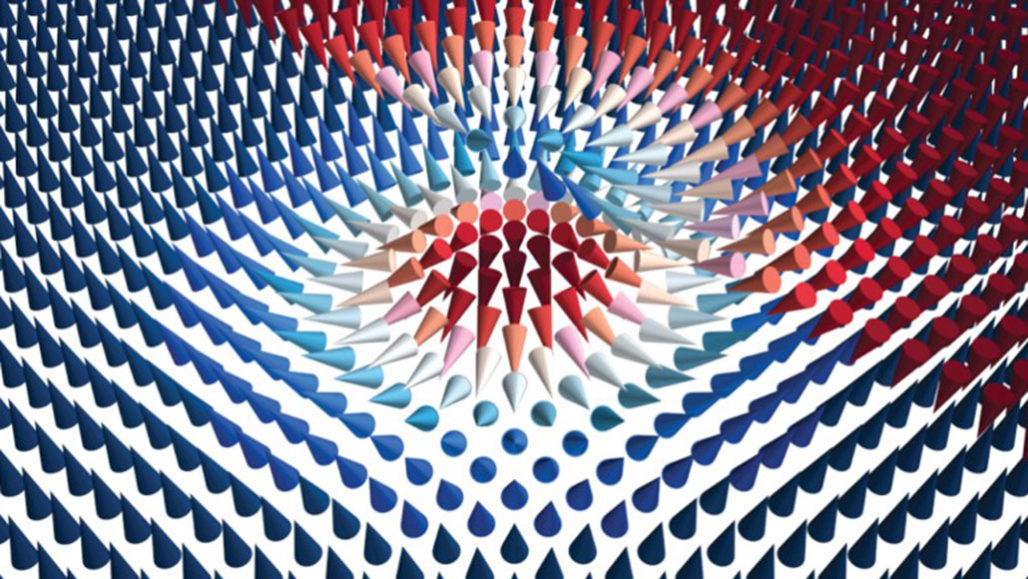 This is something odd and it is easy to see as promising.  It may lead to a much higher storage archetecture.
Otherwise, it is at least interesting and shows us the present state of the art a well.
All Good.
A new magnetic swirl, or skyrmion, could upgrade data storage3

Physicists have now created the tiny whorls in synthetic antiferromagnets


Newly created antiferromagnetic skyrmions are marked by a swirling pattern in the orientation of atoms’ magnetic fields (indicated by colored cones). The swirls appeared in a synthetic antiferromagnet, made by layering magnetic materials.

Scientists have created a new version of the atomic whirlpools, in which the tiny magnetic fields of individual atoms in a material arrange into a swirl pattern. Known as antiferromagnetic skyrmions, the new structures have some advantages that could make them easier to work with than previously found varieties, researchers report September 2 in Nature Materials. If so, that development could bolster hopes for using skyrmions to store data and to create smaller, speedier hard drives (SN: 2/7/18).

Antiferromagnets are difficult to work with. So the researchers created a synthetic version, layering magnetic materials so that the magnetization in one layer cancelled out the other layer, mimicking an antiferromagnet’s lack of a magnetic field. By tweaking the properties of each layer, the team optimized the conditions for producing skyrmions, and then imaged them using magnetic force microscopy.

“I’m really impressed,” says materials scientist Axel Hoffmann of the University of Illinois at Urbana-Champaign. “This was really a tour de force kind of effort.”

Scientists think skyrmions could improve on standard hard drives by packing more data into less space, but for that, skyrmions have to be small. Larger versions of the magnetic whorls are hundreds of nanometers in size — and they won’t cut it. The researchers predict that, with fine-tuning, they could shrink the antiferromagnetic skyrmions down to 10 nanometers in diameter.

“This is the regime of skyrmion size that becomes really interesting,” says physicist Vincent Cros of Unité Mixte de Physique CNRS/Thales in Palaiseau, France, a coauthor of the study.

Skyrmions can also be moved around within a material via electric currents, allowing scientists to shuttle data from one place to another, for example, when it’s time to read out the data. That could avoid the need for the fragile moving parts found in traditional hard drives. But there’s a problem: Thanks to their swirling patterns, skyrmions tend to speed off at an angle to the input current, making them hard to control. But antiferromagnetic skyrmions, with their alternating orientations, are effectively pulled in two directions at once. That means they should travel straight ahead, relative to the current, and could be easier to manipulate.
Posted by arclein at 12:00 AM