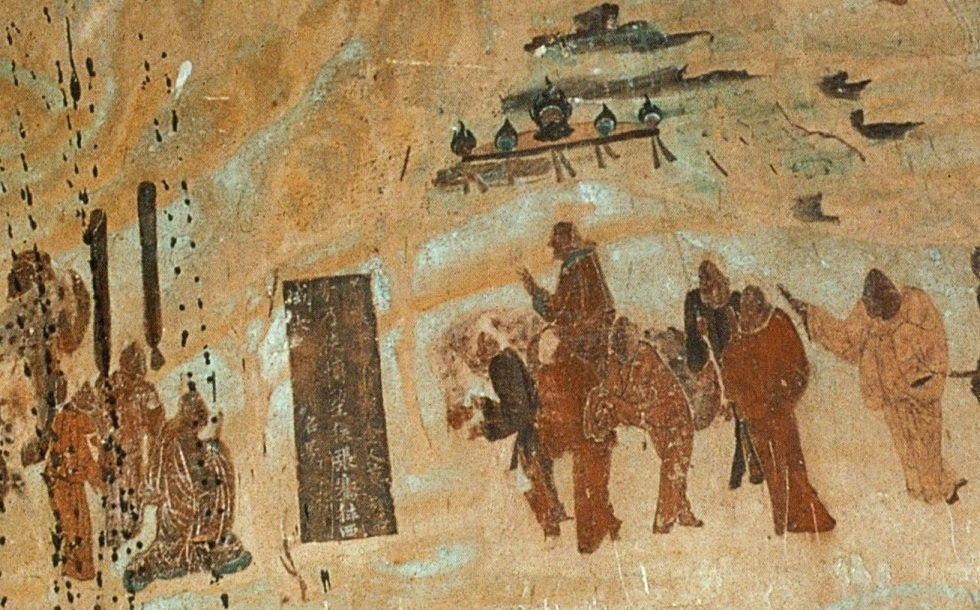 The first mention of the Yuezhi civilization can be found in ancient Chinese sources from the 2nd century B.C.

They are describes as nomadic people living in the western part of Gansu province, northwestern China. Known by a Chinese name (“Meat Eaters,” a Chinese appellation), the Yuezhi was one of the numerous Iranian or Aryan nomadic tribes.

The Chinese mission of Zhang Qian to the Yuezhi in 126 BCE, Mogao Caves, 618–712 CE mural painting
The Yuezhi - first mentioned in ancient Chinese sources at the beginning of the 2nd century B.C are generally believed to have spoken a language related to Tocharian, of the Indo- European family, and to have been ethnically Caucasoid.

Before being driven out by the Xiongnu, a powerful people of North China, the Yuezhi dominated the northern steppes, still searching for new territories. Finally they moved westward into Sogdiana and Bactria, where they put an end to Greek rule in both regions.

Ancient Bactria was located between the Hindu Kush mountain range and the Amu Darya river, covering the flat region that we today recognize as modern-day Afghanistan and Tajikistan. Bactria was the birthplace of Zoroastrianism, and later also hosted Buddhism before becoming Muslim. 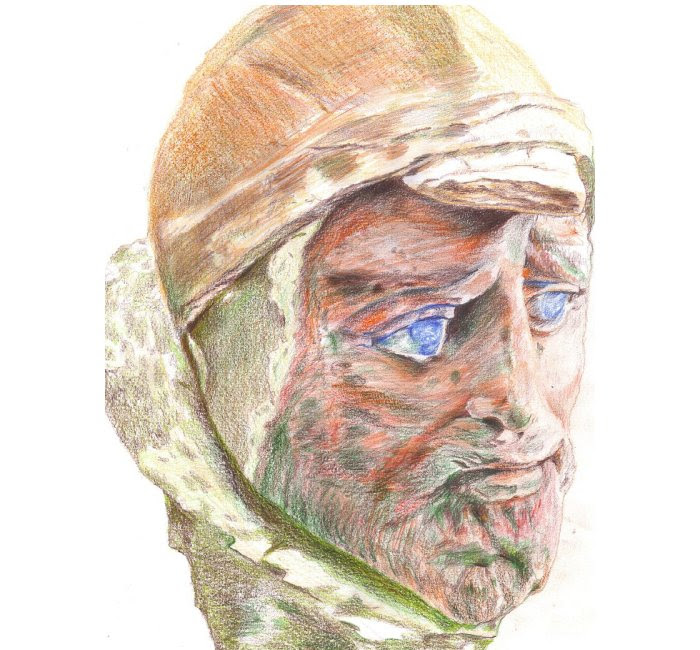 The Yuezhi were involved in many conflicts. They fought the Tocharians, Scythians and even the Han Empire in Central Asia.

When the Yuezhi entered Bactria, they defeated the Greco-Bactrian kingdom, forcing them to regroup in India. They also displaced a people called the Saka, who responded by overrunning portions of the Parthian Empire. 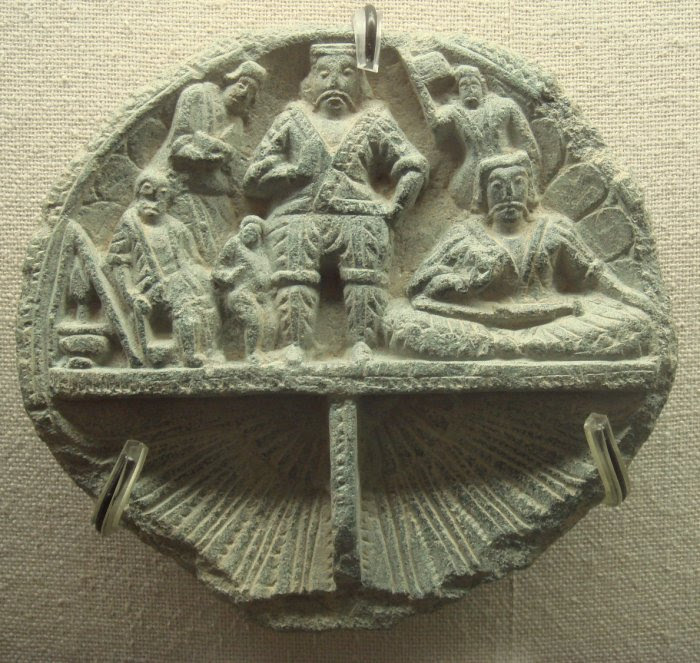 Tribes of Scythians and Saka eventually established themselves all over Afghanistan.

In time, the Yuezhi consolidated and established an agricultural economy. A new dynasty, known as the Kushan, was subsequently founded by one of the five chieftains among whom Bactria was divided. The Kushan kingdom was powerful  and extended its power and their territories southward, eastward into India and northward into Central Asia.

The Kushans managed to survive for three centuries, until forces from Persia, Pakistan, and India all re-conquered their old territories. In consequence, the Kushan Kingdom power declined.

Missionaries from the Great Yuezhi played an important part in spreading and promoting of Buddhism in China. The spread of Indian culture into the territories of Central Asia reaching the borders of China probably resulted from Kushan influence.
Posted by arclein at 12:00 AM