The UN’s Bloodless Coup Against the US 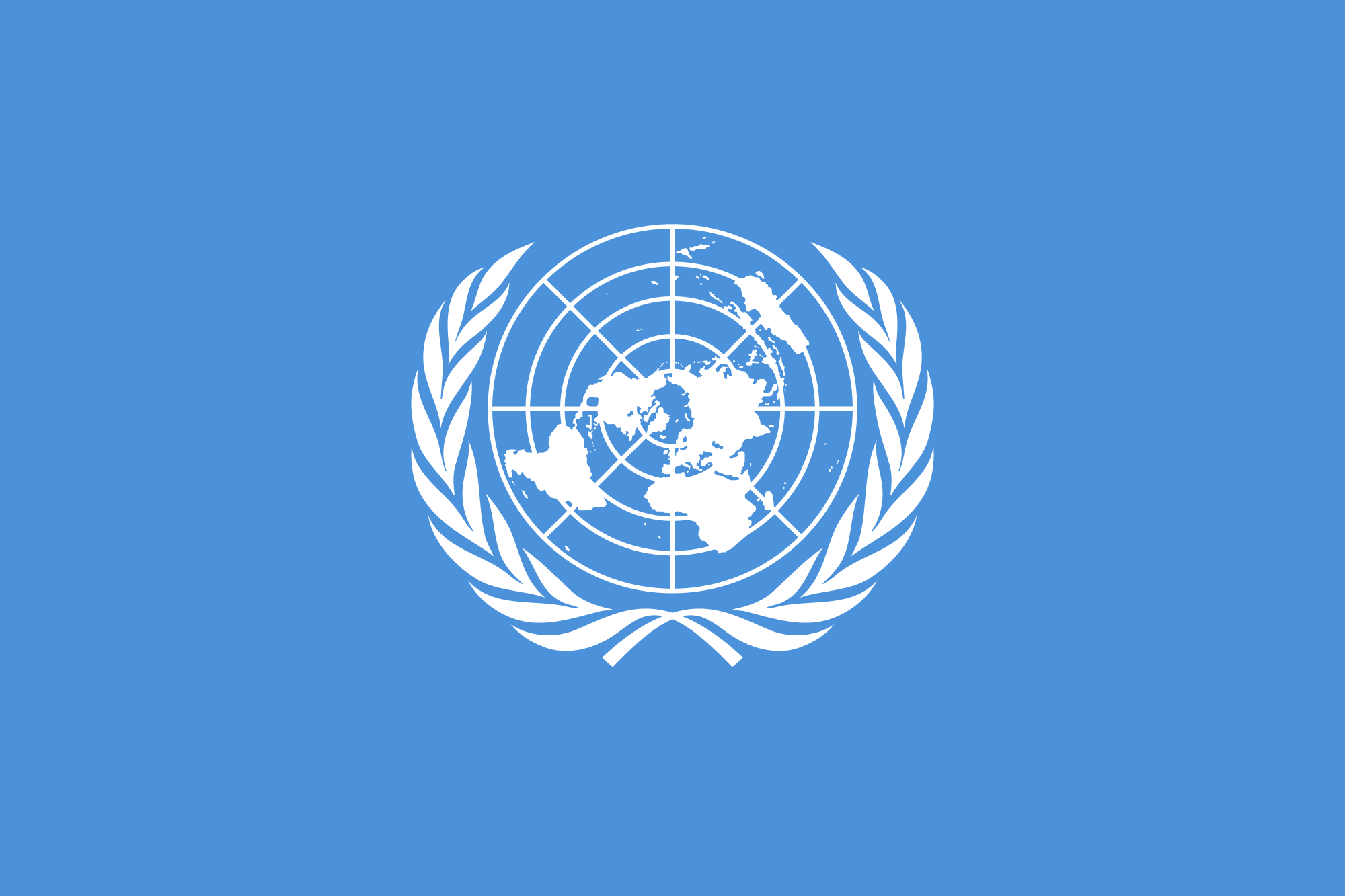 This meme will not stand of course, yet it must emerge as a threat in order to be destroyed. What is clear is that the obvious majority inside the UN is producing this globalist meme and attracting support from the neo NAZI banking elite.

The strategy is as simple as blowing mobs of the uneducated through the borders of the successful nations and hoping the disruption will produce a political advantage to be exploited by fascist political movements. The first round of this strategy blew through Europe producing discord and now blow back. The second round is now halted at the USA border. Had it slightly succeeded, there would be tens of thousands on their way..

What is happening is that the so called progressives are trying to assert global political control through the facility of the UN.  This item shows us just that.  Again blow back is now in full swing and Europe is in full revolt and will soon  join with Russia to impose a Eurocentric hegemony to prevent assaults of social integrity.

The United Nations has ordered Trump to admit all migrants. Further, and shockingly, the UN says it
will be the global authority by the year 2030. Here are the details of this incredible story of how the
UN is perpetrating a bloodless coup to take over the United States.

This article is an article which uses original source material from the United Nations related to foreign occupation of America. Its purpose is to illustrate how much trouble America is in and how much danger each and everyone reading these words are in, as well. I felt that the display of abject ignorance of the public related to the lack of urgency on the part of the Trump administration in dealing with substantive issues in a timely fashion needed to be addressed. Trump has done some wonderful things for this country. However, there are critical issues staring us in the face that this administration is either incapable or unwilling to address. At the end of this article, you will be looking for our MIA President and asking, why are we still in the United Nations? And these UN sponsored immigrants are coming by the tens of millions. They will overwhelm our infrastructure and destroy this country as is happening in Europe.

The Facade of a Peaceful Organization

The United Nations claims to be the defender of human rights. According to their Agenda 2030 “All people deserve to be treated with dignity and respect…”  then ask yourself a question, why did the UN just demand that all nations fine, seize the businesses, block internet access and incarcerate ANYONE who criticizes UN Migration policies. So much for the United Nations and their treating people with respect mantra. Free speech is endangered species on this planet. And before I lose my freedom of speech, I best present a quick presentation about how we are being conquered and occupied while I still can. The United Nations is no respecter of freedom of speech.
From the UN.org:

The Intergovernmental Conference to Adopt the Global Compact for Safe, Orderly and Regular Migration

Among many objectionable items, this UN document prohibits nations from setting their own immigration standards and laws as they are called to submit to the global authority on the topic, namely, the United Nations.


…It fosters international cooperation among all relevant actors on migration, acknowledging that no State can address migration alone, and upholds the sovereignty of States and their obligations under international law…

This is clear double-speak because when a nation loses control of its borders, it is no longer a nation.
Below, the United Nations is telling all nations that they must foot the bill as they are required to oversee the complete integration of immigrants into a country’s mainstream economics.

Invest in human capital development by promoting entrepreneurship, education, vocational training and skills development programmes and partnerships, productive employment creation, in line with labour market needs, as well as in cooperation with the private sector and trade unions, with a view to reducing youth unemployment, avoiding brain drain and optimizing brain gain in countries of origin (Editor’s note: In other words, just send us your stupid people), and harnessing the demographic dividend..

Below, it is made clear, in this UN document that it is the duty of the host country to provide employment for these people. Is your government doing this for you?

Promote effective skills-matching in the national economy by involving local authorities and other relevant stakeholders, particularly the private sector and trade unions, in the analysis of the local labour market, identification of skills gaps, definition of required skills profiles, and evaluation of the efficacy of labour migration policies, in order to ensure market-responsive contractual labour mobility through regular pathways…

Ensure that migrants have access to public or affordable independent legal assistance and representation in legal proceedings that affect them, including during any related judicial or administrative hearing, in order to safeguard that all migrants, everywhere, are recognized as persons before the law and that the delivery of justice is impartial and non-discriminatory…

When one reads the following, it will become apparent as to why I kept receiving reports, in 2014, about DHS and UN officials ordering the catch and release of dangerous immigrants from MS-13 during the 2015 Central American invasion (Part 1). The following also addresses the fact that control of a nation’s border will be assumed by the United Nations or their designee.

Enhance international, regional and cross-regional border management cooperation, taking into consideration the particular situation of countries of transit, on proper identification, timely and efficient referral, assistance and appropriate protection of migrants in situations of vulnerability at or near international borders, in compliance with international human rights law, by adopting whole-of-government approaches, implementing joint cross-border training and fostering capacity-building measures

According the following policy, the UN will assume total control of the border and national laws will not apply to border management.

Review and revise relevant national procedures for border screening, individual assessment and interview processes to ensure due process at international borders and that all migrants are treated in accordance with international human rights law…

Incorporate the health needs of migrants into national and local health-care policies and plans, such as by strengthening capacities for service provision, facilitating affordable and non-discriminatory access, reducing communication barriers, and training health-care providers on culturally sensitive service delivery…

The UN plans to seize control of the media of a country as evidenced by the following:

Promote independent, objective and quality reporting of media outlets, including Internet-based information, including by sensitizing and educating media professionals on migration-related issues and terminology, investing in ethical reporting standards and advertising, and stopping allocation of public funding or material support to media outlets that systematically promote intolerance, xenophobia, racism and other forms of discrimination towards migrants, in full respect for the freedom of the media…

As anyone can see, the criticism UN migration policies constitutes a hate crime. This point is further ensconced in the following:

Establish mechanisms to prevent, detect and respond to racial, ethnic and religious profiling of migrants by public authorities, as well as systematic instances of intolerance, xenophobia, racism and all other multiple and intersecting forms of discrimination, in partnership with national human rights institutions, including by tracking and publishing trend analyses, and ensuring access to effective complaint and redress mechanisms… (Editor’s Note: The redress mechanisms are fining, imprisonment, loss of business and blocked access to the internet).

Even election campaigns must include UN migration policies:

Engage migrants, political, religious and community leaders, as well as educators and service providers, to detect and prevent incidences of intolerance, racism, xenophobia and other forms of discrimination against migrants and diasporas, and support activities in local communities to promote mutual respect, including in the context of electoral campaigns.

And finally, it is your tax dollars, your neighborhoods that will be turned into squalor as we have seen in various G20 nations such as France, Sweden and Germany.

President Trump, where are you. Yes, you are holding the line on the border, but this is just the opening battle. Why are still in the UN? You need to issue an executive order withdrawing all monetary and legal support to the United Nations before they take over our borders, our media, our elections, our education system, our tax revenues, our labor unions, our job market, etc. This UN document represents the complete takeover of the United States. Under this plan, the United States is destined to become a third world nation.
Posted by arclein at 12:00 AM