Is there a Space War? 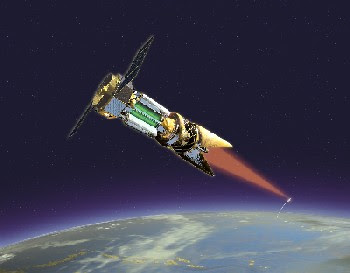 There have been such reports.  However, their very nature makes them subject to the expectation and risk of a self serving bias.  They all must be second and third hand at the least..  Inasmuch as they fail to impact our own reality at all, the war simply fails to exist.

Certainly we have evidence that our own near earth space fleet actually exists.  Again it is kept secret and we know nothing we can verify.  Are we actually part of any such conflict?

What bothers me is that humanity threatened is soon humanity united. This is an asset.  Why are we not exploiting it.

Is there a Space War?
https://nationalufocenter.com
Harry Allen Jordan MFA writes, “Dr. John Kasher is a physics professor at the University of Nebraska in Omaha, and State Director for the Mutual Unidentified Flying Object Network of Nebraska. He was a consultant at Lawrence Livermore Labs in California and presently a summer consultant on plasma physics at Huntsville for NASA.”
Dr. Kasher (shown) and I have personally investigated over 50 cases related to UFO’s. These cases involve people from age 5 to 70’s. We have video tapes of private interviews, physical trace cases, and lab reports. Some of these cases involved events which occurred on the ground simultaneous with STS-NASA missions. There are uncut, unenhanced video tapes produced by live-real-time NASA select 6 camera shots taken aboard the space shuttle. Cameras aboard the shuttle are monitored, the video signals are delayed several seconds and sometimes minutes before being fed to public video feed networks.
Immediately after the STS-48 mission UFO mission flap in which Dr Kasher and I were involved, NASA began to delay the live feed. Their premise for altering the video coverage of each mission was that they didn’t want the world privy to the medical condition of the astronauts. This is pure hogwash as never has the medical condition of the astronauts been public knowledge through video monitoring to public channels. We have a copy of the original NASA directive which went out from NASA to all ground facilities the day after STS-48 the UFO flap.
The UFO’s which currently fly above the Earth are being fired upon by high performance craft using state of the art particle beam weapons.
The craft’s movement is shown in pink while particle beam shot is in white in the depiction. The UFO makes a sharp right turn to avoid being hit. The very character of a particle beam does not need an atmosphere to be seen; it imparts its own coherence upon the vacuum of space. We have video tapes of STS-missions as recent as STS-80 during the month of March 1997, wherein one can clearly see these beams coming up from the earth through the cloud cover below the space shuttle.
A particle-beam weapon uses a high-energy beam of atomic or subatonic particles to damage the target by disrupting its atomic and/or molecular structure. A particle-beam weapon is a type of directed-energy weapon, which directs energy in a particular and focused direction using particles with miniscule mass. Some particle-beam weapons have potential practical applications, e.g. as an antiballistic missile defense system..
The concept of particle-beam weapons comes from sound scientific principles and experiments currently underway around the world. One effective process to cause damage to or destroy a target is to simply overheat it until it is no longer operational. However, after decades ‘of R&D, particle-beam weapons are still in the research stage however reports of downed UFOs are received,
What concerns us most here from our personal field experience is that out of all our private interviews with eye witnesses not one instance of a negative or sordid nature has been told to us. Virtually all close encounters on the ground have been very passive, bizarre, and extraordinary to ordinary people. It is with great concern for our fellow Americans and citizens of the world at large. We question the reasons for why UFO’s are being fired upon.
What the federal government of the United States of America knows about UFO’s is not being shared. I question the current status of this posture and reasoning behind it. These matters might well be beyond knowledge of the Senate, Congress and perhaps even the President of the United States. If public hearings were held regarding these scenario’s there will be some red faces at the Pentagon and NASA regarding the issues of UFO’s and the reality of their occupants. Much decent law abiding Americans have had real experiences and are prepared to come forward to share proofs. The truth needs to be brought forward without further hesitation. Thanks to Harry Allen Jordan MFA—BFA USN Service Number 589-92-03 Thanks to Dr. Bob and Ryan Woods