Orgins of Humans According to Ancient Sumerians Texts 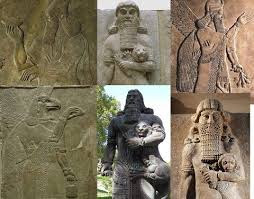 The story that has come down to us is one of an alien intervention that allowed human like primates to be upgraded using alien DNA  This was the intact story preserved by the Sumerians starting around 5000 BC.

What is so important though is that actual governance was sustained from the initial act of creating modern humanity through to around 2500 BC which is the known culmination of the Global Bronze Age.  That act of creation may have taken place 200,000 BP and we do understand that Eden ended 45000 BP.  Now we understand that direct rule was sustained until at least into the second millennia BC.  Recall though that the Pleistocene Nonconformity wiped out the land surface around 12900 BP and we then had a long recovery program that was clearly led by Noah and his ilk as an example.


It is also possible that DNA upgrades came anywhere along that time line.  It was obviously necessary to produce workers to support mining operations and after Eden to produce farming workers as well.

We clearly learn that those skulls in Peru are certainly alien.  Mt DNA is profoundly stable and  almost mutation free.  Yet we have substantial mutations. Case Closed.

Thus the Gods are nothing if not an advanced human like life form.  Thus my conjecture that the Greek Gods were advanced human beings is certainly bearing fruit.