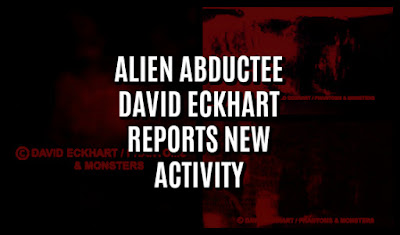 This is an odd report to think on.  Do note the affinity with the unusual winged humanoids around Chicago. He finally asks the important question of why is he so lucky?

There is also an increasing  element of communication also taking place here.  The interpretation of disdain is surely erroneous.  More important is that awareness of reporting is somehow confirmed here.  Recall that the internet allows excellent surveillance for any alien entity and will be exploited.

We now consider the extensive footprint of Phantoms and Monsters for gathering observations centered on the North East.  That it could attract attention is no surprise.

Over the past month or so, I've been involved with a contactee / abductee case where the experiencer has been subjected to several unexplained pregnancies, in which each 'ended' without a clue. Some of the contact circumstances mirrored a few details that David Eckhart has documented over the years. I forwarded a text to David, since I wanted to discuss this case with him. To my surprise, David told me that the activity has picked up significantly around his residence. In fact, he was concerned for a particular female family member, who he felt was a possible target for the 'new visitors.'

These recent visitors consist of several Greys and a Reptilian, similar to previous encounters. But there were also 'Hybrid humans' accompanying the other beings. David has been attempting to communicate with the Hybrids, and has been able to secure a few photographic images. There have been no attempts, during these recent encounters, to abduct David or anyone else in his household.

At this time, I cannot go into detail as to why these beings have surfaced. But I will say that they have communicated some disdain with David, in particular his involvement with the female experiencer (who he has talked to, with my encouragement). In addition to that revelation, and to my surprise, these beings have acknowledged my investigation of the Chicago winged humanoids. From the beginning of my research with David, starting in 2010, these non-terrestrial beings have been well-aware of my reporting. I have been subjected to at least 2 personal contact incidents over those 8 years. I have been 'monitored' and noticed various attempts to intercede in my work.

I have felt that I was destined, in some degree, to investigate and report on the Chicago winged humanoid incidents. I have made these feelings known to several of my team since the sightings began. More and more, connections are surfacing.

Here are a few of David Eckhart's recent images that I can post: 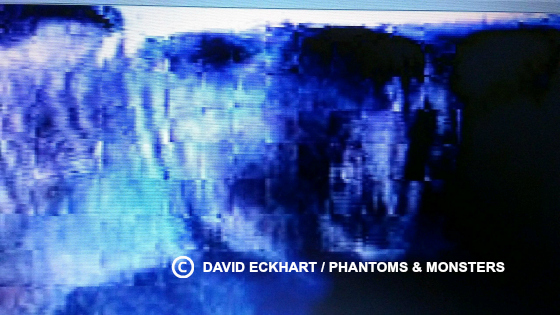