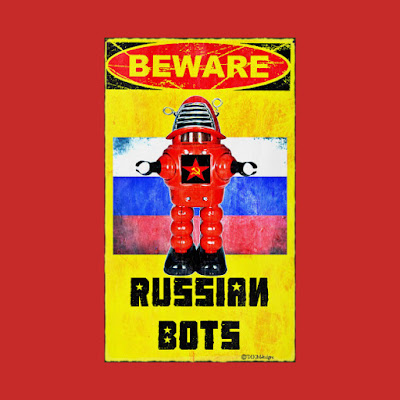 The scheme as outlined was absurd but it certainly muddies the waters and sets the stage for including Alabama in a set of special elections.

It is almost as if one part argued falsely that Russian interference lost the election in 2016 and then another part said this must work and tried it on.  They obviously deserve each other.

In the meantime Moore was taken down by sexual narratives that objectively appear contrived as was also applied against Kavanaugh..
.
Democratic operatives created fake Russian bots designed to link Kremlin to Roy Moore in Alabama race

Democratic operatives created fake Russian bots to link Russia to Roy Moore in Alabama election
Jones said Thursday he is "outraged" over the report and wants a federal investigation over the project.

Democratic operatives created fake Russian bots on Facebook and Twitter designed to connect the Roy Moore campaign to Russia in the Alabama election.

Democratic operatives, backed by a liberal billionaire and facilitated by a former Obama official, created thousands of fake Russian accounts to give an impression the Russian government was supporting Alabama Republican Roy Moore in last year’s election against now-Sen. Doug Jones.

The secret project, which had a budget of just $100,000 and was carried out on Facebook and Twitter, was revealed after the New York Times obtained an internal report detailing the efforts.

“We orchestrated an elaborate ‘false flag’ operation that planted the idea that the Moore campaign was amplified on social media by a Russian botnet,” the internal report said. It also took credit for “radicalizing Democrats with a Russian bot scandal” after experimenting “with many of the tactics now understood to have influenced the 2016 elections.”

"I'd like to see the Federal Election Commission and the Justice Department look at this to see if there were any laws being violated and, if there were, prosecute those responsible," he said. "These authorities need to use this example right now to start setting the course for the future to let people know that this is not acceptable in the United States of America."

"We orchestrated an elaborate ‘false flag’ operation that planted the idea that the Moore campaign was amplified on social media by a Russian botnet."

One participant in the project reportedly was Jonathon Morgan, the chief executive of New Knowledge, a firm that wrote a report – released by the Senate Intelligence Committee earlier this week – about Russia’s social media operations in the 2016 election and its efforts to hurt Hillary Clinton and help Donald Trump.

He reportedly contacted Renée DiResta, who later joined his company and became the leading author of the report about the Russian interference efforts for the firm, asking for suggestions of online tactics that are worth testing.

In a statement on Twitter, he denied the project was aimed at influencing the election, which the Democrat won by 22,000 votes. "I did not participate in any campaign to influence the public," he wrote, saying the project goals weren't about supporting the Jones campaign.

The Senate Intelligence Committee did not respond to a request for comment.

The Alabama project was funded by liberal billionaire and LinkedIn co-founder Reid Hoffman who gave $100,000 to the cause, according to the Times. Hoffman is one of Silicon Valley’s top donors to the Democrats, donating $7 million to various groups and campaigns in the last election cycle.

The money trickled down through American Engagement Technologies, a firm run by Mikey Dickerson who was appointed by former President Barack Obama to lead the newly-created United States Digital Service.

Dickerson did not reply to Fox News’ immediate request for a comment. 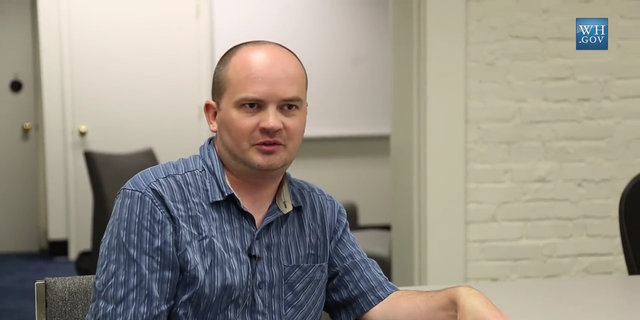 The money trickled down through American Engagement Technologies, a firm run by Mikey Dickerson who was appointed by former President Barack Obama to lead the newly-created United States Digital Service. (YouTube/)

The Democratic operatives then created a Facebook page and imitated conservative Alabamians who weren’t satisfied with the Republican candidate while encouraging others to write in another candidate.

“Russian invasion? Roy Moore sees spike in Twitter followers from land of Putin,” read the headline of an article at The Montgomery Advertiser, just months before the election night. Other outlets shortly picked up the story.

“Russian invasion? Roy Moore sees spike in Twitter followers from land of Putin,” read the headline of an article at The Montgomery Advertiser, just months before the election night. Other outlets shortly picked up the story.

The Washington Post, meanwhile, pointed out that the Moore campaign accused the Jones campaign and Democratic operatives of “pulling a political stunt on Twitter and alerting their friends in the media.

Moore's bid for Senate was later clouded by allegations of inappropriate sexual conduct with teenage girls while he was in his 30s. One woman alleged that Moore had her touch him in private areas when she was just 14.

It remains unclear if the Facebook page or the fake Russian accounts amplified the allegations on social media.

Jones went on to win against the embattled Republican, who lost the support of the party amid the allegations, becoming the first Democratic senator from Alabama in more than 20 years.
Posted by arclein at 12:00 AM