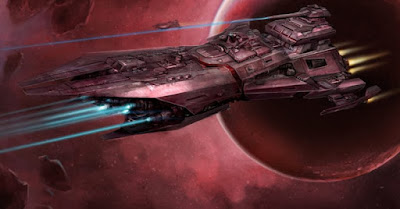 First, it is highly plausible that worm holes can be established.  If that is true, then it is simple to carry one end to your destination and to set it up to act as a transit system.  The other problem is getting there and there it is a matter of using Dark Matter energy to continuously power the craft.  Again, see below to understand that such a system can apply acceleration at any rate it wishes to establish a quick link up and bring a worm hole.

Curiously, i know how to do all this now though the worm hole work needs to be worked up with lab confirmation.  In short, i expect success.  The rest we have done or it has been done already elsewhere.

So yes, progressive technical evolution can allow us to access the whole galaxy over perhaps decades but not much longer.  That is why local space is turning out to be crowded by curious aliens.  I imagine we will be the same..

Space Travel Shorter Time Period than Thought
Artist Depiction of Spaceship
The basis for the shortened trip in space is NASA scientist engineer’s Paul R. Hills book “Unconventional Flying Objects” with a forward by astronaut Edgar Mitchell. Hill obtained numerous UFO reports at Langley Air Force Base where I was stationed. NASA was picking up evidence for alien bases on the Moon and the Shuttle was video-taping UFOs. He developed a chapter on space travel with the appropriate math. He states the trip to, “Aloha Centuri, a triple star system 4.3 light years away made by accelerating at 140 g to a v/c of 0.9999 is accomplished from a standing start to a standing finish in 6 weeks.” He points out that aliens traveling from many of the 2000 known planets could reach here in less than two years, the time it took Sir Francis Drake to go around the world.
Hill states, “I hope I have made it clear that there is an important distinction to be made between the time experienced by the space traveler and the time which passes meanwhile on the home planet and on the planetary destination. The tremendous acceleration, speed, and energy capabilities displayed by UFOs make them well suited to capitalize on this distinction by the attainment of greatly reduced on board times realizable by approaching the speed of light. Even an approach to 90 % of light speed gets the job done for the nearer stars. Higher fractions of light speed give attractive time reductions for longer trips. Don’t be misled by countless statements in the literature that interstellar distances and the speed of light constitute some kind of barrier to space travel. There are only two paths to this conclusion:
Both paths are false ones. The confused second view is more common. Its proponents are using the observed time for light to travel as the shortest possible time for passage is totally false”.Pages 272 and 278. Thanks to NASA’s Paul Hill.
Editor’s Note: There are also strong indications large Mother ships are in this solar system and they have developed bases on the Moon, Earth, and on nearby planets.
Posted by arclein at 12:00 AM

Gravity slows time (frame dragging). So does acceleration, as you note. However, if Alpha Cenauri is moving at a different direction and speed than the sun, then you have spacetime phase shifting (represented by phi). So, there's no way to tell how upon return, how much relative time would have elapsed for those on the ship vs. those on earth, depends on vector directions and speed of the star systems themselves. 1 year, 1000, or 10000? Wormhole "travel" is nonsense except perhaps for quantum bits of information.