Qanon The case for Treason 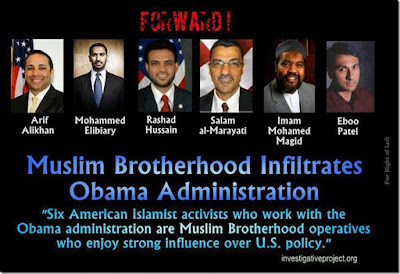 The allegation has been out there  that Obama was an indoctrinated Muslim supported to rise to political prominence within the USA.  It is also likely that this source of support allowed him to skate through the university system itself without literally showing up for most of it.  As far as writing is concerned, his material looks ghost written by Alinsky and is otherwise scant to say the least.  All that made him far less dangerous than he could have been which is our good fortune.

In other words he was a true Manchurian Candidate.  His support came from a Saudis clique and plausibly the fascist financial crowd who made common cause while imbibing Marxism as well.

what we have seen for a long time is a clear plausible pattern of treason and not just because i am opposed to the so called faux socialism he espoused. Using government to establish protocols that deliver services to the people and the natural communities is socialism and honors its intent.  Using government to control who gets those services is authoritarian fascism which is what all these folks are really after.

This is no grey area either though they work to confuse it..

Dec 21 2018 11:12:27 (EST)
https://twitter.com/HillaryClinton/status/1076128583419088896
HUSSEIN "ISIS JV TEAM…."
Did ISIS form on HUSSEIN's watch?
Did HUSSEIN take care of business or allow them to expand?
How long did it take POTUS to ERADICATE and DESTROY ISIS?
THE AMERICAN PEOPLE ARE WAKING UP TO THE TRUTH.
https://www.investors.com/politics/editorials/197-military-officers-purged-by-obama/
Why did HUSSEIN attempt to destroy our military (weaken)?
What was the 16-year plan to destroy America?
Why did HUSSEIN install traitors at the highest levels of our Gov't?
Think DOJ.
Think FBI.
Think C_A.
Think NAT SEC.
Why did HUSSEIN bring people into the WH who HATE AMERICA and what we stand for?
What years did HRC serve as Sec of State?
What years did ISIS expand?
Why did HUSSEIN put restrictions on US MIL COMMAND re: ABILITY TO ATTACK TARGETS AT WILL > WH DIRECT APPROVAL REQ FOR EACH ACTION?
FACTS NOT FICTION.
BLIND SHEEP FOLLOW.
EYES ON TARGET. 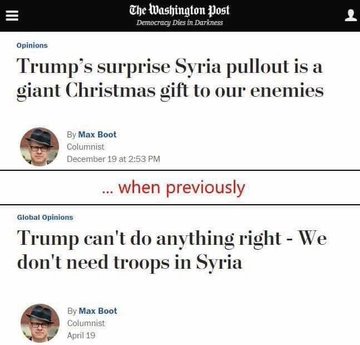