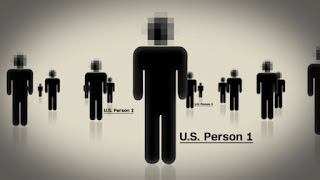 The use of the FISA court to spy was both  criminal abuse, but also seamless.  That surely implies a whole history of past bad acts that no one has looked for yet.  This will be necessary in order to properly rewrite the laws involved.

Claiming this is a one off bad act is not enough and must be guarded against.

In the meantime what is happening is the ongoing process of full disclosure and criminal indictment that is now entering the stage of full tide.  The process is been carefully staged to ensure public understanding is complete.

Just before Thanksgiving, House Republicans amended the list of documents they’d like President Trump to declassify in the Russia investigation. With little fanfare or explanation, the lawmakers led by House Intelligence Committee Chairman Devin Nunes (R-Calif.) added a string of emails between the FBI and the Department of Justice (DOJ) to their wish list.

Sources tell me the targeted documents may provide the most damning evidence to date of potential abuses of the Foreign Intelligence Surveillance Act (FISA), evidence that has been kept from the majority of members of Congress for more than two years.

The email exchanges included then-FBI Director James Comey, key FBI investigators in the Russia probe and lawyers in the DOJ’s National Security Division, and they occurred in early to mid-October, before the FBI successfully secured a FISA warrant to spy on Trump campaign adviser Carter Page.

The email exchanges show the FBI was aware — before it secured the now-infamous warrant — that there were intelligence community concerns about the reliability of the main evidence used to support it: the Christopher Steele dossier.

The exchanges also indicate FBI officials were aware that Steele, the former MI6 British intelligence operative then working as a confidential human source for the bureau, had contacts with news media reporters before the FISA warrant was secured.

The FBI fired Steele on Nov. 1, 2016 — two weeks after securing the warrant — on the grounds that he had unauthorized contacts with the news media.

But the FBI withheld from the American public and Congress, until months later, that Steele had been paid to find his dirt on Trump by a firm doing political opposition research for the Democratic Party and for Democratic presidential candidate Hillary Clinton, and that Steele himself harbored hatred for Trump.

If the FBI knew of his media contacts and the concerns about the reliability of his dossier before seeking the warrant, it would constitute a serious breach of FISA regulations and the trust that the FISA court places in the FBI.

That’s because the FBI has an obligation to certify to the court before it approves FISA warrants that its evidence is verified, and to alert the judges to any flaws in its evidence or information that suggest the target might be innocent.

We now know the FBI used an article from Yahoo News as independent corroboration for the Steele dossier when, in fact, Steele had talked to the news outlet.

If the FBI knew Steele had that media contact before it submitted the article, it likely would be guilty of circular intelligence reporting, a forbidden tactic in which two pieces of evidence are portrayed as independent corroboration when, in fact, they originated from the same source.

These issues are why the FBI email chain, kept from most members of Congress for the past two years, suddenly landed on the declassification list.

The addition to the list also comes at a sensitive time, as House Republicans prepare on Friday to question Comey, who signed off on the FISA warrant while remaining an outlier in the intelligence community about the Steele dossier.

Most intelligence officials, such as former CIA Director John Brennan and former Director of National Intelligence James Clapper, have embraced the concerns laid out in the Steele dossier of possible — but still unproven — collusion between the Trump campaign and Russia.

Yet, 10 months after the probe started and a month after Robert Mueller was named special counsel in the Russia probe, Comey cast doubt on the the Steele dossier, calling it “unverified” and “salacious” in sworn testimony before Congress.

Former FBI lawyer Lisa Page further corroborated Comey’s concerns in recent testimony before House lawmakers, revealing that the FBI had not corroborated the collusion charges by May 2017, despite nine months of exhaustive counterintelligence investigation.

Lawmakers now want to question Comey about whether the information in the October email string contributed to the former FBI director’s assessment.

The question long has lingered about when the doubts inside the FBI first surfaced about the allegations in the Steele dossier.

Sources tell me the email chain provides the most direct evidence the bureau, and possibly the DOJ, had reasons to doubt the Steele dossier before the FISA warrant was secured.

Sources say that the specifics of the email chain remain classified, but its general sentiments about the Steele dossier and the media contacts have been discussed in non-classified settings.

“If these documents are released, the American public will have clear and convincing evidence to see the FISA warrant that escalated the Russia probe just before Election Day was flawed and the judges (were) misled,” one knowledgeable source told me.

Congressional investigators also have growing evidence that some evidence inserted into the fourth and final application for the FISA — a document signed by current Deputy Attorney General Rod Rosenstein — was suspect.

Nunes hinted as much himself in comments he made on Sean Hannity’s Fox News TV show on Nov. 20, when he disclosed the FBI email string was added to the declassification request. The release of the documents will “give finality to everyone who wants to know what their government did to a political campaign” and verify that the Trump campaign did not collude with Russia during the election, Nunes said.

As more of the secret evidence used to justify the Russia probe becomes public, an increasingly dark portrait of the FBI’s conduct emerges.

The bureau, under a Democratic-controlled Justice Department, sought a warrant to spy on the duly nominated GOP candidate for president in the final weeks of the 2016 election, based on evidence that was generated under a contract paid by his political opponent.

That evidence, the Steele dossier, was not fully vetted by the bureau and was deemed unverified months after the warrant was issued.

At least one news article was used in the FISA warrant to bolster the dossier as independent corroboration when, it fact, it was traced to a news organization that had been in contact with Steele, creating a high likelihood it was circular-intelligence reporting.

And the entire warrant, the FBI’s own text message shows, was being rushed to approval by two agents who hated Trump and stated in their own texts that they wanted to “stop” the Republican from becoming president.

If ever there were grounds to investigate the investigators, these facts provide the justification.

Director Comey and Deputy Attorney General Rosenstein likely hold the answers, as do the still classified documents. It’s time all three be put under a public microscope.

John Solomon is an award-winning investigative journalist whose work over the years has exposed U.S. and FBI intelligence failures before the Sept. 11 attacks, federal scientists’ misuse of foster children and veterans in drug experiments, and numerous cases of political corruption. He is The Hill’s executive vice president for video.
Posted by arclein at 12:00 AM