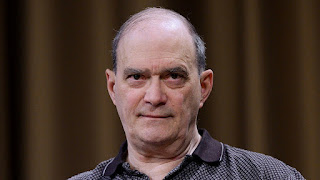 This is pretty clear description of what is underway.  It is a major conflict and it will roll out world wide.  It is not a conflict in which armies will take the field but one in which the military can and will provide operational support.
It is an infection sunk deep into our whole apparatus of power and is best described as a distributed conspiracy fed by outright corruption and criminal appetites.  As I have posted already, since 9/11 all communications have been illegally collected.

It is completely fitting that this trove is now been mined by Mil Intel to ferret out  the entirety of this infection.  We are still gathering and processing data, but we are now at 45,000 sealed indictments.  Yet execution is close by and will background the Midterms..

Hearing about all of this Russian hacking, Trump, and politics, in general, these days seems to be like eating the same type of food every night, you literally get sick of it. This begs the question, should we even pay attention to it? Of course, we should, the political realm and the corporate stranglehold over it (and above that sit the financial elite) are taking advantage of us because WE are the ones that allow this entire charade to continue. It would be the same thing as not paying attention to the fact that pharmaceutical drugs are killing many people. There are many examples. To simply ignore it allows those ridden with the disease of power to keep taking advantage of us. One thing is for sure, our so-called “leaders” don’t seem to care. Sure, they gather at summits every year to supposedly discuss solutions to the global problems, but solutions have been in existence for decades and nothing seems to happen. This alone should make every single person question what’s really going on behind the scenes because nothing seems to really make any sense at all.

It also forces one to come up and create solutions within their own life, and start creating change that way, by doing their best to be it.

This article sheds light on one common problem that’s existed for decades, and that’s the constant blaming of Russia, as well as other governments and global politicians for problems that don’t even exist. Perhaps the best example would be 9/11 and Iraq, or the recent supposed chemical gas attacks in Syria, and much more. Each is an example for humanity to wake up and see what’s really going on, because it keeps on happening over and over again, and to stop it, awareness is key, human consciousness is key.

It’s always critical to look at the information that’s not coming from mainstream media sources, and if you do, you will find multiple ex-intelligence agents and employees saying the exact opposite of what’s presented within the mainstream media. You can also find hard evidence to corroborate these statements, unlike the ones that come from mainstream media. These are brave people, who chose to share truth rather than sticking to their national security oaths, simply because “national security” has now become a term used to justify completely immoral action, like mass surveillance, for example.

JFK warned us about national security becoming a term that is used to keep everything a secret, hidden away from public knowledge.

One great example of one of these brave people would be would be William Binney, a high ranking NSA intelligence official who worked decades for the agency that blew the whistle on the NSA surveillance programs. He was the subject of an FBI investigations raid, which included a raid on his home in 2007. He was the one before Snowden and revealed that since 9/11 the agency has intercepted trillions of communications. He made headlines when he resigned in 2001 after 9/11, having worked more than thirty years for the agency. He was a leading code-breaker against the Soviet Union during the Cold War and was repelled by the United States’ massive surveillance programs.

He is still outspoken today, stating that the ultimate goal of the NSA is “total population control.” And again, it’s not just him, it’s many others. According to Binney, all of the allegations against Russia have been completely false.

This isn’t surprising, Hillary Clinton was supposed to win, her speeches were written by Goldman Sachs (Wikileaks), all she represented was a mouth-piece for the corporations, and the entire military-industrial complex, a mouthpiece for the terror war industry, and much much more. The level of corruption with Hillary and within the DNC was off the charts.

Donald Trump and Bernie Sanders were the only two who showed authenticity not connected to power, regardless of how that authenticity was perceived by others….

Binney recently did an interview with Dennis J. Bernstein, an American producer and co-host of the radio news program, Flashpoints Radio on Pacifica Radio, where he explains why Russian Hacking the election was impossible.

Bernstein: So if, in fact, the Russians were tapping into DNC headquarters, the NSA would absolutely know about it.

Binney: Yes, and they would also have trace routes on where they went specifically, in Russia or anywhere else. If you remember, about three or four years ago, the Chinese hacked into somewhere in the United States and our government came out and confirmed that it was the Chinese who did it, and it came from a specific military facility in Shanghai. The NSA had these trace route programs embedded by the hundreds across the US and all around the world.

The other data that came out from Guccifer 2.0, a download from the DNC, has been a charade. It was a download and not a transfer across the Web. The Web won’t manage such a high speed. It could not have gotten across the Atlantic at that high speed. You would have to have high capacity lines dedicated to that in order to do it. They have been playing games with us. There is no factual evidence to back up any charge of hacking here.

You can read that entire interview here. you can watch another interview with him discussing the issue below.

In the interview, he goes on to state:


Bernstein: It was initially put out that seventeen intelligence agencies found compelling evidence that the Russians hacked into our election. You’re saying it was actually selected individuals from just three agencies. Is there anything to the revelations that FBI agents talked about taking action to prevent Trump from becoming president?

Binney: It certainly does seem that it is leaning that way, that is was all a frame-up. It is a sad time in our history, to see the government working against itself internally.

Bernstein: I take it you are not a big supporter of Trump.

Binney: Well, I voted for him. I couldn’t vote for a warmonger like Clinton. She wanted to see our planes shooting down Russian planes in Syria. She advocated for destabilizing Libya, for getting rid of Assad in Syria, she was a strong backer of the war in Iraq.

Acknowledging that Russia had nothing to do with the election results goes to show the level of corruption within politics. It’s a game where allegations are thrown around within its own country, as well as globally. There are massive divides within the American government itself, a Deep State.

Here’s a little clip of him on RT at the end of last year. The interview above is more recent, and the feelings haven’t seemed to change.

William Binney is a hero. Just like Edward Snowden, Sibel Edmonds, and many many more.

The quote below is from Kevin Shipp, taken from the interview written about and soured in this article, another veteran of the CIA. It expresses why the Deep State wants Donald Trump out, because he’s not a puppet for them, like Hillary was, it explains why they instantly made up the Russia hacking allegations…


There is essentially a civil war involving parts of senior management and upper parts of our government that is occurring in the United States. It’s between the ‘Dark’ side and the ‘Constitutional’ side. There has never been anything like this in history. It is extremely serious, and this is an extremely serious hour for our government and especially for our constitutional freedoms. . . . This essentially is a global criminal cabal that has penetrated into our government and now has senior-level officials colluding and, I would argue, conspiring to unseat this president.