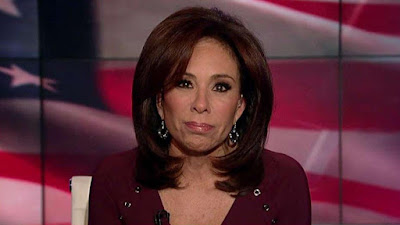 What has changed is that all these folks now have their communications recorded and actively tracked.  The prime reason that these clearances have not been revoked is because all these fine chaps are been actively investigated for serious crimes.   Just because it is obvious, does not mean that we have the whole story.

Add in the continuing provocation of the so called Mueller investigation whose sole achievement to date has been to act as a stalking horse for Clinton wrong doing and you may have a clue as to what is really happening.

The whole world now understands the depth and even the detail of corrupt practice clearly undertaken by the past administration.  All while pretending to investigate Trump.  Meanwhile we have plus 45,000 sealed indictments out there and  a massive wave of high level resignations.  Those are two completely verifiable facts that ring in the sound of a very large door slamming shut.

Even Judge Jeanine finally got the joke.  No need to cancel clearances when they will soon be arrested for high crimes and treason.  In the meantime the silence has been golden and very welcome.

https://www.lewrockwell.com/2018/08/phil-giraldi/revolving-door-how-security-clearances-perpetuate-top-level-corruption-in-the-united-states/
President Donald Trump is threatening to take away the security clearances of a number of former senior intelligence and security officers who have been extremely critical of him. Most Americans were unaware that any ex-officials continued to hold clearances after they retired and the controversy has inevitably raised the question why that should be so. Unfortunately, there is no simple answer.

A security clearance is granted to a person but it is also linked to “need to know” in terms of what kind of information should or could be accessed, which means that when you are no longer working as Director of the Central Intelligence Agency you don’t necessarily need to know anything about China’s spying on the United States. Or do you? If you transition into a directorship or staff position of a major intelligence or security contractor, which many retirees do, you might need to retain the qualification for your job, which makes the clearance an essential component in the notorious revolving door whereby government officials transit to the private sector and then directly lobby their former colleagues to keep the flow of cash coming.

At top levels among the beltway bandit companies, where little work is actually done, some make the case that you have to remain “well informed” to function properly. The fact is that many top-level bureaucrats do retain their clearances for those nebulous reasons and also sometimes as a courtesy. Some have even received regular briefings from the CIA and the office of the Director of National intelligence even though they hold no government positions. A few very senior ex-officials have also been recalled by Congress or the White House to provide testimony on particular areas of expertise or on past operations, which can legitimately require a clearance, though it such cases one can be granted on a temporary basis to cover a specific issue.

The problem arises when former officials use their clearances as bona fides to enhance their marketability for non-clearance jobs in the media or corporate world, particularly when those individuals are criticizing current government policies and behaving in a partisan fashion regarding specific candidates for office. Donald Trump was especially assailed by former officials John Brennan, James Clapper, Michael Hayden and Michael Morell before the 2016 election, all of whom continue to attack him currently, most particularly for the recent meeting with Russian President Vladimir Putin. During the 2016 campaign, Morell, who openly supported Hillary Clinton and is the designated intelligence on-air contributor for CBS news, deliberately linked the fact that he was ex-CIA Acting Director to his assertion that Trump was somehow an “unwitting agent of the Russian Federation” to establish his credibility. That type of activity should be considered abusive and an exploitation of one’s former office.

Morell left CIA in June 2013 and by November was a senior counselor with Beacon Global Strategies. According to the firm’s website, Beacon Global Strategies is a government and private sector consulting group that specializes in matters of international policy, foreign affairs, national defense, cyber, intelligence, and homeland security. Morell may know little about those issues as they have evolved in the past five years, but citing his clearance gives him credibility for knowledge that he might not really possess and also gives him direct access to former colleagues that he can lobby to obtain government contracts.

Former CIA Director John Brennan, who famously voted for the Communist Party candidate for US president in 1976, has also profited greatly from his government service, becoming rich from his board memberships. He sits on the board of directors of SecureAuth + CORE Security and also on the board of The Analysis Corporation. More important in terms of his public profile, he is the “Intelligence Consultant” for NBC News and MSNBC and appears regularly.

Last week Senator Rand Paul met with President Trump and recommended that Brennan’s security clearance be revoked. He argued that Brennan, Trump’s most aggressive critic, has been using his credentials to provide credibility when he calls meeting with Russia’s president “treasonous” and describes the president as “wholly in the pocket of Putin.” Clearance holders also more generally use their privileged access to “secret information” to leverage speaking and television network pundit fees. In other words, Brennan and the others are using their security clearances to enhance their incomes, monetizing their access to classified information to enhance their value.

It is by no means clear whether Trump will revoke the clearances of Clapper, Brennan, Morell and Hayden. As he is the legal source of all government clearances he has the power to do so. An equitable solution on the clearance issue more generally speaking would be to cancel all security clearances on the day when one leaves government service unless there is a direct and immediate transition to a private sector position that absolutely requires such a qualification. That would be fair to lower level employees seeking a second source of income and it would also eliminate many of those who are merely cashing in on their presumed access. As it is a rational solution it is very unlikely that it will be entertained by either the White House or by Congress.


The Best of Philip Giraldi

Philip M. Giraldi, Ph.D., is Executive Director of the Council for the National Interest, a 501(c)3 tax-deductible educational foundation that seeks a more interests-based U.S. foreign policy in the Middle East. Website is www.councilforthenationalinterest.org, address is P.O. Box 2157, Purcellville VA 20134 and its email is inform@cnionline.org.
Copyright © 2018 Strategic Culture Foundation | Republishing is welcomed with reference to Strategic Culture on-line journal www.strategic-culture.org. The views of individual contributors do not necessarily represent those of the Strategic Culture Foundation.
Posted by arclein at 12:00 AM