Trump says tariffs are working, U.S. and China are talking 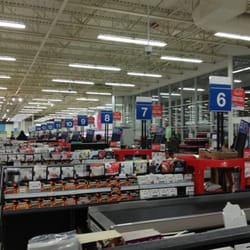 In fact trade abuse was the low hanging fruit.  Years of bluff and also inertia had allowed not only weak deals to be made but also to fester for far too long.

Coming in and pulling out the rug was certainly overdue.

Canada actually has the opportunity to drive the true free trade agenda that is behind all this  Recall that free trade must also include the ending of the whole subsidy game and to also establish clear sunset rules for every one.

For example corn subsidies need to end.  Ten percent per year is a workable arrangement.  It allows capital to be slowly redirected.  The same hold true for supply management and opening and shutting markets which must also be managed to prevent predatory dumping.

My point is that trade is a complex system of potential work arounds that all have to be managed. After all, as  it stands, Canada can abandon supply management and then subsidize Canadian Dairy while dumping the rapidly rising mountain of butter into the USA. That is essentially what happened with the protected Canadian wine industry and if anything California is now selling much less wine in Canada.

As i have posted in the past, supply management is a response to predatory subsidies deliberate or inadvertent...
..  .

Trump says tariffs are working, U.S. and China are talking


WASHINGTON (Reuters) - U.S. President Donald Trump said on Saturday that his strategy of placing steep tariffs on imports of goods from China is “working far better than anyone ever anticipated,” and that Beijing was talking to the United States about trade.

“Tariffs are working far better than anyone ever anticipated,” Trump wrote on Twitter, citing losses in China’s stock market as he predicted the U.S. market could “go up dramatically” once trade deals were renegotiated.

Reporting by Tim Ahmann; Editing by Alistair Be
Posted by arclein at 12:00 AM