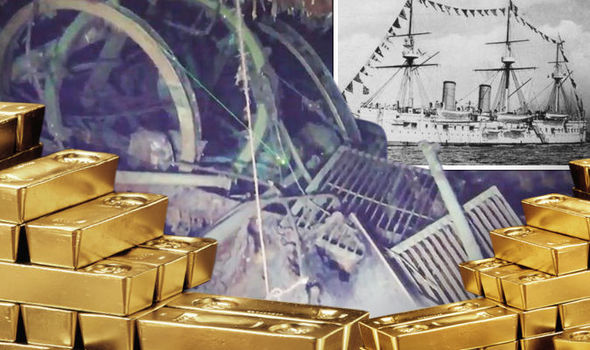 That is a lot of gold, but it also reminds us just how much gold remains on the ocean floor.  Russian involvement also confirms the authenticity  of the claims.

We are now entering an age in which inexpensive deep sea drones will be able to go out and closely scan the whole floor almost automatically.  Such scans can map the upper mud well enough to detect anything.

What i really want located is the many Bronze Age ships lost in the Atlantic and along certain global routes.  This trade spanned at least 1500 years from 2500 BC through 100 BC and included the massive fleet of the Sea Peoples as well.  There must be hundreds of lost ships.

Their recovery will establish the full reality of known locales on land and the likelihood of many others..

A RUSSIAN warship called Dmitrii Donskoi carrying gold worth £100 billion has been discovered off the coast of South Korea and is believed to have sunk in a naval battle 113 years ago.

It is thought that the battle ship, which was discovered off the island of Ulleungdo, was sunken during the Russo-Japanese War and could have had the gold of an entire flotilla on board.

The Dmitrii Donskoi was an armoured cruiser in the Russian Imperial Navy’s Baltic fleet which was deployed to the Pacific in the 1904-5 Russo-Japanese War.

The warship would have taken part in the Battle of Tsushima which saw Russia defeated by Japanese warships.

The Russian warship has been discovered off South Korea

The impressive warship was discovered off South Korea

We spotted things that look like treasure boxes, but we have not opened them yet

Some historical accounts have revealed the Dmitrii Donskoi carried the treasury of the entire flotilla which would have included the port expenses and also the salaries of sailors and officers.

The gold reserves of various other ships that were damaged in the battle could have been transported to the warship as well.

The South Korean treasure-hunting company, Shinil Group, spent many years attempting to find the treasure ship and is now preparing for a joint operation with companies from China, Canada and Britain to retrieve the treasure.

The company said in a statement: “We spotted things that look like treasure boxes, but we have not opened them yet.

“We will open them up in due course.”

The Shinil firm has pledged to spend 10 percent of the money found on the warship on investment projects on Ulleng Island, which is a popular tourist destination for South Koreans. 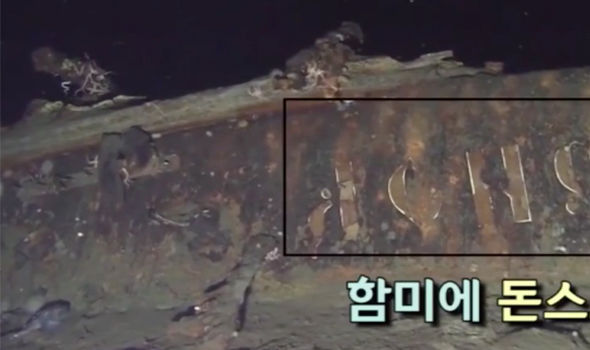 Yonhap News have reported on the discovery of the impressive warship

The company also hopes to make a museum about the sunken ship.

The museum is likely to have an exhibition on Captain Ivan Lebedev, who died a few days after the Battle of Tsushima

Russia will also get an equal share of the money as they are the rightful owners of the ship and have been helping the South Korean firm with their search for the wreck.

The funds may be used for joint Russia and South Korean projects, such as a railroad connecting Russia with Korea.
Posted by arclein at 12:00 AM