DoD may cut funding to Chinese propaganda centers in U.S. 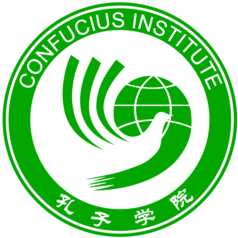 At least they are paying attention.  Truth is that communist propaganda is hardly a threat to anyone and is rather like reading texts issued during WWII.  Everyone understands that it is garbage.

Thus any such effort ends up been ineffective.

More likely it will all be drawn into been a bargaining chip.

DoD may cut funding to Chinese propaganda centers in U.S.

Critics of the Confucius Institute also say that it squelches debate about issues such as the massacre of democracy advocates in Tianamen Square, relations with Taiwan, and the spiritual practice known as Falun Gong.

Trump is expected to sign the defense spending bill into law.

In Minnesota, state legislators have written to St. Cloud State University and the University of Minnesota to ask that the Confucius Institutes on their campuses be closed. Co-signed by 40 other legislators, the letter from state Sen. Jim Abeler told President Ashish Vaidya of St. Cloud State University: “We write in regard to the efforts of Chinese government-run ‘Confucius Institutes’ to intimidate academics and their aggressive attempts to twist academic discourse in relation to the People’s Republic of China.” Quoting the American Association of University Professors, the letter said that the Confucius Institutes “function as an arm of the Chinese state” and “ignore academic freedom.”

The American Association of University Professors report said, “Most agreements establishing Confucius Institutes feature nondisclosure clauses and unacceptable concessions to the political aims and practices of the government of China.” Moreover, the erstwhile head of China’s propaganda agency, Li Chandung, said in 2009 that the Confucius Institute is an “important part of China’s overseas propaganda setup.”

In July, distinguished author and professor Marshall Sahlins of the University of Chicago published an op-ed that identified the headquarters of the Confucius Institute as the Hanban. He wrote, “The governing council of Hanban, which annually sets its agenda, has long been headed by a member of the Politburo. A number of its ranking officials, beside their high status in such ministries as foreign affairs, finance and national development, are members of so-called small leading groups of the Party’s propaganda and ideology sections -- which thus function as conduits for the realization of Politburo policies in the operations of Confucius Institutes. And insofar as Confucius Institutes and classrooms are installed in colleges and K-12 schools the world around, these educational institutions function as peripheral propaganda branches of the Chinese party-state.”

Li Chanchun said in 2011, according to Sahlins, that “The ‘Confucius brand’ has a natural attractiveness, using the excuse of teaching Chinese language, everything looks reasonable and logical.” Sahlins asserted “The objectives of the Confucius Institutes are as old as the imperial era, likewise notable for its policies of aligning foreign powers with the geopolitical interests of the Middle Kingdom by spreading the forms and virtues of Chinese culture.”

Changchun said in 2010, according to Sahlins, overseas propaganda should be “comprehensive, multilevel and wide-ranging … With regard to key issues that influence our sovereignty and safety, we should actively carry out propaganda battles against issues such as Tibet, Xinjiang, Taiwan, human rights and Falun Gong. Our strategy is to proactively take our culture abroad … We should do well in establishing overseas cultural centers and Confucius Institutes.”

Sahlins asserted that the contradiction between the the First Amendment rights in the U.S. Constitution and Chinese practice squelches free speech and “condemns American institutions at the least to discriminatory hiring, since the Hanban determines the eligibility of the teachers it provides by, among other criteria, the applicants’ “political thinking” (zhengzhi sixiang).” He noted the case of Sonia Zhao, an instructor at McMaster University who was forced out of her job because of her involvement with the Falun Gong spiritual movement.

As concerns grow over Chinese espionage in a climate of increasing tension with China, Texas A&M University recently shut down its Confucius Institute after being pressured by Republican congressmen.

Also, FBI Director Christopher Wray said that his agency has been monitoring the Confucius Institutes. In February, Sen. Marco Rubio expressed concern that the Confucius Institutes are “complicit in these efforts to covertly influence public opinion and to teach half-truths designed to present Chinese history, government or official policy in the most favorable light.” When Rubio asked Wray, “Do you share concerns about Confucius Institutes as a tool of that whole-of-society effort and as a way to exploit the sort of naïve view among some in the academic circles about what the purpose of these institutes could be?” Wray responded, “We do share concerns about the Confucius institutes.” Wray added, “We’ve been watching that development for a while. It’s just one of many tools that they take advantage of. We have seen some decrease recently in their own enthusiasm and commitment to that particular program, but it is something that we’re watching warily and in certain instances have developed appropriate investigative steps.”
Posted by arclein at 12:00 AM