What is wrong with this Washington Post “anthropology” article?

The take home is that a version of TB came from pinnipads long before contact in 1492.  Actual transmission may well have been human consumption.  We do not prove anything here except that TB in some form was likely global but not a serious problem when compared to other similar agents.

More potent variations arose with the sudden rapid mixing brought on by contact which also massively disrupted communities through slaving.  Earlier contact was much more benign.

It is noted that the Tahitian move to Hawaii was contemporary to Viking exploration.  That is interesting but not likely connected.  Viking ship damage from fouling made warmer waters quite dangerous actually .

What is wrong with this Washington Post “anthropology” article?

Ed Risse,  my boss at Richard P. Browne Associated, Inc. in Columbia, MD (when I was in my mid-20s) sent me this article.  It typified my complaints about the current state of anthropology in the United States and the blindly obedient journalists, who give them publicity.  The article was posted by the academicians as propaganda to refute those who believe people from the Old World reached the Americas between its initial settlement and the arrival of Columbus. The article states that discovery of an African strain of TB in Peruvian seals, proves that sea mammals, not humans visitors from the Old World, introduced TB to the Americas,  around 900-1000 AD.

What is wrong with this article?   Here is a map that will give you a hint.  Note the location of Peru.  Also, read an article on Southern Seal and Sea Lion migrations patterns.   In the summer, they migrate southward to colder waters near the Antarctic Ocean or even Antarctica itself. Also,  that time period of 900 AD to 1000 AD does sound a little fishy . . .  or should I say “sealy”?   It is when a second wave of settlers arrived on the Hawaiian Islands from Tahiti.  Well . . . it is also when people with names like Erik,  Urik, Ragmar, Heida and Brumhelda were sailing the oceans with their speedy långbåt’s.

TB arrived at the New World before Europeans

New archeological evidence suggest that tuberculosis spread to the Americas from sea mammals before European explorers and settlers made contact with the New World, according to results of a study published in Nature.

Although modern strains of Mycobacterium tuberculosis from the Americas closely match those from Europe — indicating that human TB was introduced after Columbus — the new findings show that seals and sea lions, or pinnipeds, acquired the disease from humans in Africa and then carried it to the Americas more than 1,000 years ago.  Hm-m-m, now who was ranging the oceans in their långbåts  about this time?

“We found that the TB strains were most closely related to strains in pinnipeds… ” study researcher Anne Stone, PhD, of Arizona State University School of Human Evolution and Social Change, said in a press release. “What we found was really surprising. The ancient strains are distinct from any known human-adapted TB strain.” 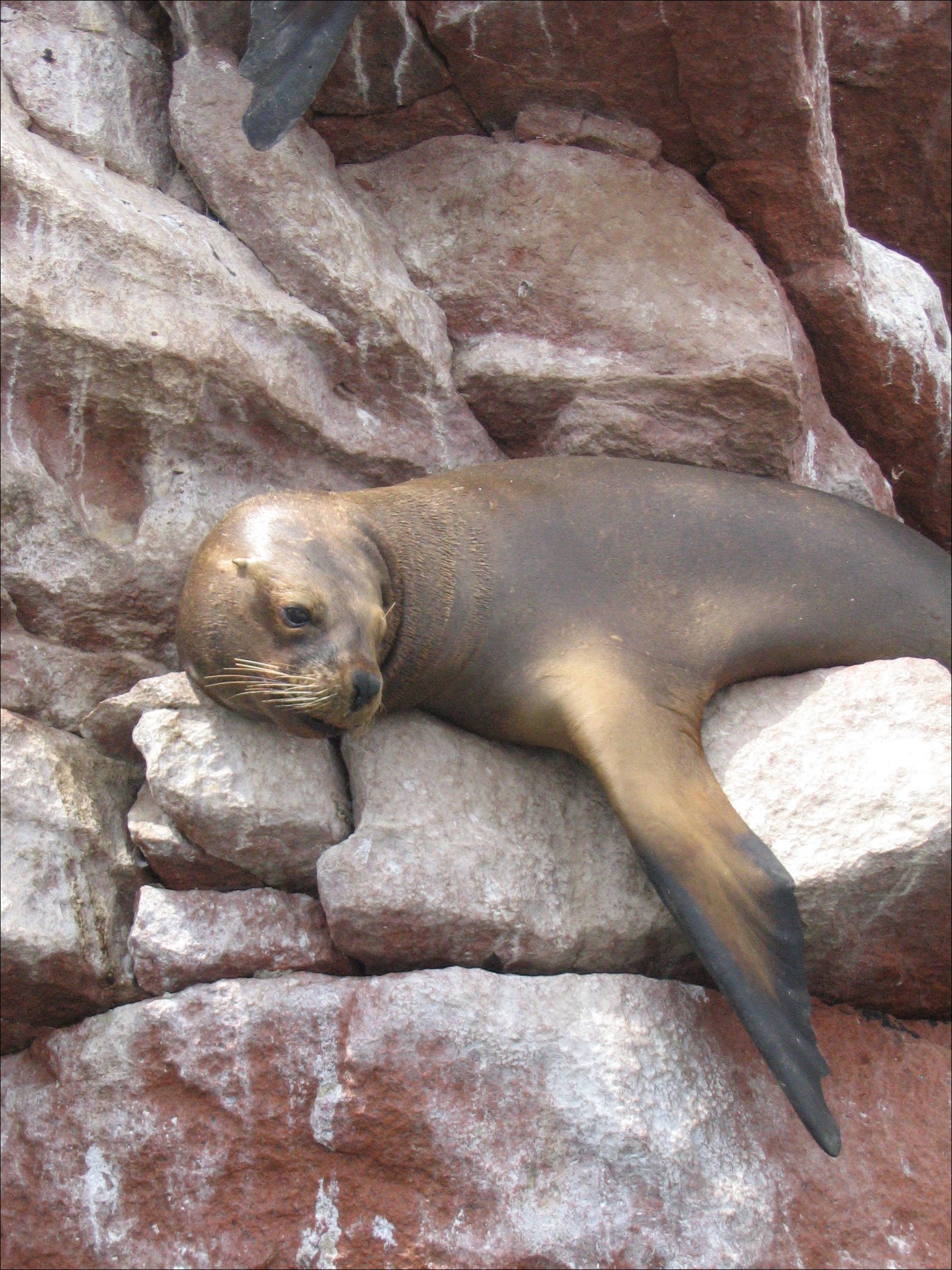 New research shows that tuberculosis likely spread from humans in Africa to seals and sea lions that brought the disease to South America.

Stone and colleagues tested genetic samples collected from ancient human remains for TB DNA. Of 76 samples discovered at pre- and post-contact sites in the Americas, the researchers focused on three from Peru dating from 750 to 1350 AD that tested positive for the pathogen. The samples were compared to a large dataset of modern genomes and TB strains found in animals, which revealed that human TB disease was acquired from pinnipeds.

“Our results show unequivocal evidence of human infection caused by pinnipeds in pre-Columbian South America,” Stone said. “Within the past 2,500 years, the marine animals likely contracted the disease from an African host species and carried it across the ocean to coastal people in South America.”

According to Stone, the mammalian-adapted pathogen was later supplanted by modern TB strains after Europeans made contact with indigenous populations.

“We hypothesize that when the more virulent strains came, they quickly replaced the pinniped strains,” she said.

The researchers said the findings implicate the role of animals in TB transmission, and that future research should focus on the relationship between ancient and modern strains.
Posted by arclein at 12:00 AM