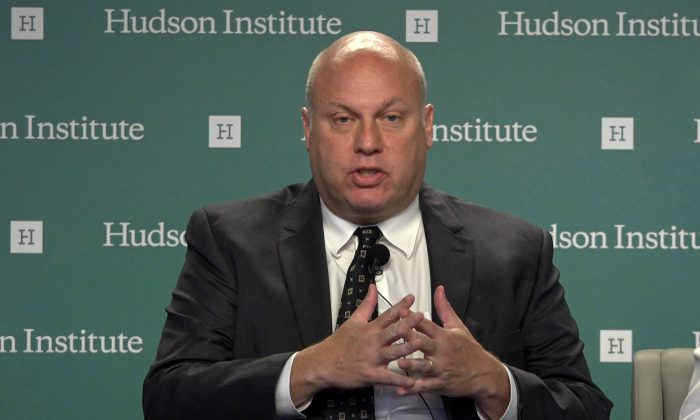 Not every student is a spy, but every student gets the pitch before he leaves China and for a few it also represents a welcome source of financial support.
I have understood this for a long time and it has been operational since the first days. .
Now china gets to cough up for their thefts.  I recall an old restaurant operator near a major tourist attraction.    Back in the day he would place two souvenir ash trays on each table. When the bill was made up it was dog eared once or twice depending on how many ashtrays were missing.  When the customer came to pay he rang in the food and then the ash trays.  You wanted them didn't you?  Needless to say he did a great business flogging these ash trays.
Now imagine that the powers that be are really oblivious.  It is not possible and it has gone along for almost forty years.  Look at the USA bargaining position today.  They have Three Trillion dollars with which to make good.
.
Congress Passes Bill Addressing China’s Theft of Intellectual Property

Derek Scissors, resident fellow at the American Enterprise Institute, at a forum on the Committee on Foreign Investment in the United States at the Hudson Institute in Washington on July 31, 2018. (Jennifer Zeng/Epoch Times)


WASHINGTON—The Senate passed on Aug. 1 the National Defense Authorization Act (NDAA), which had already been approved by the House by a vote of 359–54 on July 26. Experts say one purpose of the mammoth $716 billion defense authorization bill is “to rein in China’s investments in the United States.”

The bill includes reforms to the Committee on Foreign Investment in the United States (CFIUS). Speaking at a Hudson Institute forum on reforming CFIUS on July 31, Michael Allen, managing director of Beacon Global Strategies, said that the House intelligence committee started to notice the threat from the communist regime in China as early as 2011.

“One of the first things that came at us was the National Security Agency briefing the committee on aggressive Chinese cyber attacks,” he said, recalling his days working for the House Permanent Select Committee on Intelligence.

“Gradually people came to understand what we now know,” Allen said. “It is sort of the intent, the design, to create a regime to systematically take intellectual property here in the U.S.”

Allen said that the “systematic” theft was not just done through cyber theft, but also through the deployment of students throughout the United States, as well as through venture capital.


Allen sees the reform of the CFIUS as a response to the fear from both the Congress and the defense policymakers about the “apparently narrowing edge” of America in many areas, including artificial intelligence.

Derek Scissors, a resident scholar at the American Enterprise Institute, thinks that there is a “three-dimensional threat” from the Chinese regime: theft, “which is considerable”; exports and transfers outside the United States; and acquisitions in the United States.

The White House praised the House passage of the legislation on July 26 in a statement. “It also takes positive steps that are consistent with the Administration’s commitment to maintaining a strong and resilient manufacturing and defense industrial base,” it said.

The CFIUS measures are among a series of proposals being considered by the White House and Congress to address what it sees as China‘s unfair trade and market access practices. Others include tariffs on goods ranging from aluminum to automobiles, and efforts to prevent the growth in the United States of Chinese telecommunications companies Huawei and ZTE.