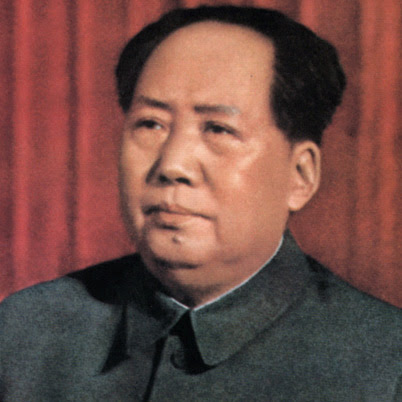 The one big problem faced by POTUS is that he has to fight several large wars. Common sense dictates that he must solve them essentially one at a time and completely at that.   Yet before all that it is also necessary to eliminate the DEEP STATE which is central to all these wars.  The DEEP STATE is waging a Maoist campaign against western culture itself and it has become obvious.

Intel from Q  has informed us regarding ongoing actions against the DEEP STATE. I now think that its demise is eminent.  I also think that the Midterms will be a smashing Trump victory.  Dem efforts have been tepid to date and leadership is AWOL.  This can give him real control of both house and congress and i also note a large number of GOP congressmen and senators are stepping out which can only mean Trump endorsed replacements.

Trump’s Prime Directive: Save the American Culture From the Maoist Forces Which Are Imposing Their Communist Will On America


Mao, despicable but effective. According to NYU Professor Rectanwald, Mao is the model that is being used to destroy our country.

President Trump has finally, and I mean finally called out Attorney General, Jeff Sessions, to put a merciful end to the Robert Mueller’s Russian-collusion-delusion. The so-called Mueller investigation has gone so far off the mark that the private attorney of the President has been raided and his confidentiality agreements with this attorney’s clients has been breached. In fact, Manafort is standing trial for something that Rod Rosenstein refused to bring charges on 8 years ago.

There are far more pressing matters that face this nation than some nonexistent crime allegedly committed by the President. America needs to be done with this modern day witch trial and move on.
You might be asking, what could be more pressing than the Mueller witch hunt? The answer in the words of a New York University professor, Michael Rectenwald, is that our American culture is at stake.

The following quote, from Facebook, is the most lucide I have ever seen on the topic of America losing its culture. Thanks to Jenny N. for sending this to me.

We’re undergoing a Maoist-like Cultural Revolution — with the power of the corporate mass media, corporate social media, the academy, most of corporate America, the deep state, the shadow government, and most of the legal apparatuses behind it. Anti-western, anti-individual, anti-Christian, anti-liberty monsters are ravaging our cultural legacies as well as our contemporary arts and letters. Our entire culture is under siege and undergoing an utter and relentless social justice dismantling. Leftist totalitarianism is running amok. We’re on the precipice of completely losing our culture, the benefits of western civilization, and the entire legacy of western civilizational history. A major resurgence and counter attack is necessary and soon.

The professor clearly identifies the target of media oppression and they are Anti-western, anti-individual, anti-Christian, anti-liberty. Tthey should his describes most of America. In other words, the majority is losing its cultural identity, to the few and the few are following the Maoist plan of social revolution. I have never seen a quote about the present situation that I agree with more that this.

Recently on Youtube, I was demonitized by telling Americans if they did not like the way thing are, then vote this November and have your voice heard. I was shadow-banned by Youtube to the extreme. In 2017, I did a Youtube video on FEMA camps. It had 1.1 million views. Today, the video would be lucky to get 10,000 views.

It is safe to say that Trump would not be in the White House if it were not for the relentless Independent Media. Yet, the President has allowed the social media giants to break open forum laws with impunity. Open forum laws state that when one is an open forum they are immune to prosecution for any rogue post (eg child porn). However, open forum laws are being ignored, because a social media giant cannot censor and retain their open forum protections. Yet, to date, Trump is allowing Youtube, Facebook, Twitter and Google have it both ways. Even Ted Cruz has been outspoken on the fact that social media giants need to be regulated under this provision.

At the end of his Facebook rant, the NYU professor called for “A major resurgence and counter attack is necessary and soon.” At risk if the 1st Amendment. And if the 1st Amendment is sacrificed upon the altar of political correctness, then all of the other Amendments will follow including the right to own a gun. Then, at long last, the communists behind this American version of a Maoist revolution will have us where they want us, unarmed and vulnerable. Perhaps it is time that your voice be heard.

Finally, the President, your economic gains mean nothing if we lose our culture and our subsequent freedoms. Let me remind you Mr. President, the professor is correct, our entire civilization at risk. The communists who have taken over our media do bear a resemblance to Mao, and in his social revolution, he killed 60 million people.