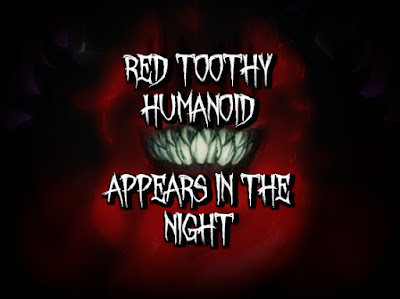 There could be millions of these about and we would never know.  The observation was crystal clear and the reaction normal.  Sleep is no explanation and the physical disturbance confirms the reality of the event.  It could be Earth derived reptilian from the description, but the lack of eyes is says otherwise.

Such a crwature poorly seen would readily explain many other occurances.

So why was it present and there we have the known program of sampling underway by several alien species.  It is not surprising and its failure to initially hide is similar to many others which ended in stealthing.

The depth of non human activity on Earth has proven huge but also well hidden.

"This is my story. This is in full detail and as much info I can give. I hope you enjoy and I hope there are answers. It was election night 2016, (this is not a sh*tty political joke, this is a legit story) and I was laying in bed, and about to sleep. I was praying as I usually do every night (before I lost faith) and I was laying on my side, facing the wall. I finished praying and I begun to slowly sing under my breath to myself as I occasionally did while going to sleep. While I was singing, I got a feeling like I was being watched, and I heard something from behind me. I turned over to see what it was.

When I turned over, I saw something that I just couldn't believe, and I sat up quickly in order to stay aware. I saw in the middle of my room, squatting by my doorway, a humanoid figure. It had red leathery skin, It was apparently male as it was shirtless and had no breasts, it had no eyes where it should've had eyes. It had these raised ridges of skin vertically up and down it's upper face where it's eyes should be. It had no ears, instead it had holes like snake ears in the side of it's head, and they had these curves like normal ears, but instead it was inverted inside of the head and not out of the head. It had these large hands with black nails like a dog would have, it had huge feet with 4 toes on each, again with large black nails. It also had no genitals, and instead a scar where the male genitalia should've been, like it had been removed somehow.

I was panicking and I pinched myself to make sure I was asleep, and to no avail, I didn't wake up. I was looking at the creature, and I noticed it was 'looking' vacantly in front of it, and then it turned and 'looked' at me, and it tilted it's head like a dog, and it smiled. I'll also add it did not have lips, so it had a joker like smile, with these odd, inhuman like teeth. It then did something that I still don't understand, it went invisible, as in, it turned invisible but I could still see the 'distortion' where it was, like the invisibility effect like in Halo or Fallout (video games). I could see this distortion slowly begin to move towards me, and I saw the carpeting in the room shift as it walked on top of it (keep this in memory). It got close to the bed and I started to sweat with fear, and clutched my blanket with a strong grip. My bed all of a sudden, shifted as if something had sat on top of it, and the blankets started to be pulled by an invisible force. At this point, I began yelling and kicking the air, and it vanished, and I never saw it since.

I left the room afterwards to do something else because at that point I didn't feel like sleeping. I considered the possibilities of what it could've been, because I am naturally a skeptic and I always look into everything that happens so I can disprove/prove the existence of something:

1: I was fully awake and I could move, so it wasn't sleep paralysis.

2: I locked my doors and windows as anyone does in their own home, so it couldn't have been a human entering with a strange costume (unless a door was opened etc).

3: This was a long time ago, and I think about this moment every day, and I always recall the same details and etc, I even wrote this down a year after it happened, so if it was a dream, it would've become more vague and harder to remember as time went on.

4: The blankets were still where it was when the creature moved them.

5: The carpet still had footprints and imprints from where it "invisibly" moved towards me. I hope you all enjoyed, I know this sounds batsh*t crazy but this was my experience, and I still wonder what it could've been, I've researched slightly and I've only told a few about it, so I don't know what it could've been. Thanks." - Ethan Caudle
Posted by arclein at 12:00 AM