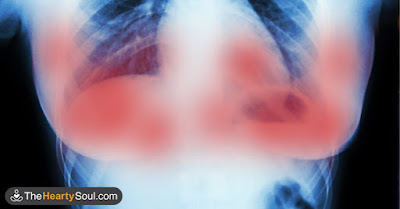 Essentially a combination of known drugs will succeed in reducing the cancer for some of the patients.. All helpful but a ,long way away from what we would understand as a blanket cure.

I would like to see all these clinical trials also been run with or without Cannabis oil as a control as well.  We know that this is safe and supportive.

Many supportive nutritional protocols can be simultaneously run as well with plausible measurable results.  something worth thinking through.  We certainly need the science without the implied cost.

Almost forty years ago i came to the conclusion that ginseng needed to be a filler of convenience for most medicine.  Recently to my astonishment i discovered this had become true.
Scientists in Amsterdam just destroyed breast cancer tumors in 11 days without chemo


Any day where a new study shows a potential cure for cancer is a good day, and scientists in Europe may have found a breakthrough for breast cancer. The most common cancer in women, around 1 in 8 American women will develop it in their lifetime; the clinical trial may have found a way to rid us of it once and for all in the future.

Research presented by Professor Nigel Bundred at the European Breast Cancer Conference in Amsterdam revealed that they had tested the effectiveness of a pair of drugs known as Herceptin (a.k.a trastuzumab) and Lapatinib.


The two drugs are commonly used in breast cancer treatment already, but this is the first time they had been combined together and used before surgery and chemotherapy. They were able to eliminate some types of breast cancer in just 11 days.


Funded by Cancer Research UK, they aimed to use these drugs to combat a protein called HER2 (human epidermal growth factor receptor 2), which affects the growth and division of cancer cells. It’s also more likely to return than other cancer types.

What also makes this treatment so appealing is the fact that it may eliminate the need for chemotherapy and/or surgery in some cases.

257 women with HER2 positive breast cancer were selected for the study. In the first round, 130 women were assigned to one of three groups – some received Herceptin (trastuzumab), others received lapatinib. Both these groups were treated for 11 days after diagnosis and before surgery. A third group received no drug treatment before surgery (the control group). What they found was that of those on the combination of Herceptin and lapatinib, 7 of the 66 women had no cancer cells remaining within two weeks and an additional 11 women featured dramatically shrunken tumors.


Compared to the control group who were only given Herceptin, they were found to have 0% with no trace of cancer cells and only 3% showed a drop in tumor size. Clearly, the two drugs combined have a major effect on breast cancer cells as opposed to being used on their own.


The problem currently, however, is that Herceptin’s licensing makes it only available for use alongside chemotherapy and not alone. The results of this study may help to change that though.

19/09/17 Editor’s Update: Since this time, however, Herceptin may now also be used by itself whether chemotherapy has already been tried or if it’s being used as an early- or late-stage breast cancer treatment.

Although there’s still a lot of work to be done, this is a major step in the fight against one of the world’s deadliest diseases. With medical advancements improving every year, it’s entirely possible this could happen sooner than we think!
Posted by arclein at 12:00 AM