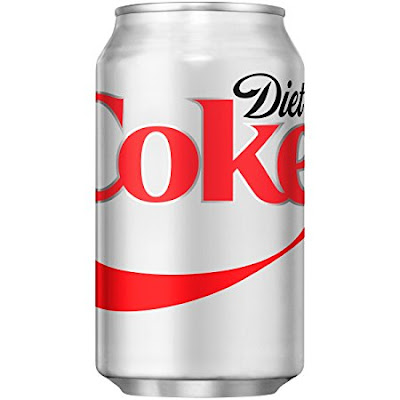 There is nothing more compelling than a huge sample because it becomes easy to winkle out secondary issues and correct for them, providing a high confidence in the conclusions.

Add in similar results for sugar and the case for ending aspartame and sugar based beverages becomes compelling.  Even more so when you understand that we have an excellent replacement available in the form of stevia based sweeteners in combination with glucose when energy is desired.

The purported occasional off taste of Stevia is easily adjusted for with even a few grains of sugar..

The actual change over may well be happening as beverage companies move to protect their markets. All it takes is a new line up in addition to the present choices.  Then the market can sort all this out and human debate establish preferences.

As concerns about health epidemics plague the nation, demand and sales of diet soda have plunged as consumers try to make better choices. As we reported, aspartame (the main sweetener for diet soda) is one of the most dangerous ingredients used in our food supply, causing seizures and a host of other health issues.

In a new study done over ten years and sampling 60,000 women, it was shown that women who drink two or more diet drinks a day have much higher cardiovascular disease rates and are more likely to die from the disease.

30 percent more likely to have a heart problems…

In the largest study done of it’s kind, The University of Iowa concluded:

This is one of the largest studies on this topic, and our findings are consistent with some previous data, especially those linking diet drinks to the metabolic syndrome, says Dr. Ankur Vyas, the lead investigator of the study.

On average, women who consumed two or more diet drinks a day were younger, more likely to be smokers, and had a higher prevalence of diabetes, high blood pressure, and higher body mass index.

Thankfully this study comes on the heels of reports of already slipping sales of diet soda, one of the largest aspartame markets.

According to Time Magazine:

One reason for the decline could be a growing awareness of the obesity epidemic in the US and growing health concerns surrounding sugar-sweetened beverages. According to Reuters, industry experts say the beverage industry is shrinking under the scrutiny. Even diet-branded drinks have suffered a loss of sales with concerns over artificial sweeteners.Whatever the reason for the decline, this new study should only add fuel to the movement away from artificial sweeteners. There are plenty of natural sweeteners that people can choose that are much healthier than aspartame. Click here for a practical guide to natural sweeteners.

Another important note is that the overall sales of soda going down also means that less people are being exposed to (mostly GM) high fructose corn syrup which carries a whole host of health risks as well.

Source: http://cdn.eatlocalgrown.com
Posted by arclein at 12:00 AM