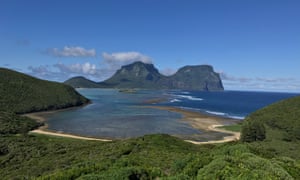 This is not the only such sunken major landmass out there but may well be the largest.  Actual subsidence here appears to be most of those 80 millions of years although i am inclined to think in terms of a gradual process in this locale.

There is no nearby major event taking place to speed things up as with the  mid Atlantic ridge where the northern half of the North American plate has been rebounding.

Yet all these pieces of Gondwanaland have been pulling apart and that will induce local subsidence as it moves over an expanding crustal layer which brought about subsidence in the Indian ocean..
.
Zealandia drilling reveals secrets of sunken lost continent

South Pacific landmass may have been closer to land level than once thought, providing pathways for animals and plants

The mostly submerged continent of Zealandia may have been much closer to land level than previously thought, providing pathways for animals and plants to cross continents from 80m years ago, an expedition has revealed.

Zealandia, a for the most part underwater landmass in the South Pacific, was declared the Earth’s newest continent this year in a paper in the journal of the Geological Society of America. It includes Lord Howe Island off the east coast of Australia, New Caledonia and New Zealand. 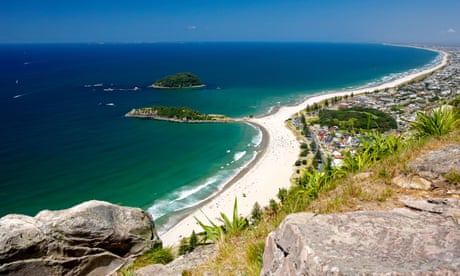 On Wednesday researchers shared findings from their two-month-long expedition, one of the first extensive surveys of the region, announcing fossil discoveries and evidence of large-scale tectonic movements.

“The discovery of microscopic shells of organisms that lived in warm shallow seas, and spores and pollen from land plants, reveal that the geography and climate of Zealandia was dramatically different in the past,” said Prof Gerald Dickens of Rice University.

Researchers drilled more than 860 metres below the sea floor in six different sites across Zealandia. The sediment cores collected showed evidence of tectonic and ecological change across millions of years.

“The cores acted as time machines for us, allowing us to reach further and further back in time,” said Stephen Pekar, a researcher on board the scientific drilling vessel, in August. “As one scientist put it: ‘We are rewriting the geologic and tectonic history of Zealandia at this drill site.’”

The 5 million sq km continent, roughly the size of the Indian subcontinent, is believed to have separated from Australia and Antarctica, as part of Gondwana, about 80m years ago.
On Wednesday Prof Rupert Sutherland from New Zealand’s Victoria University said the expedition had discovered “big geographic changes”. 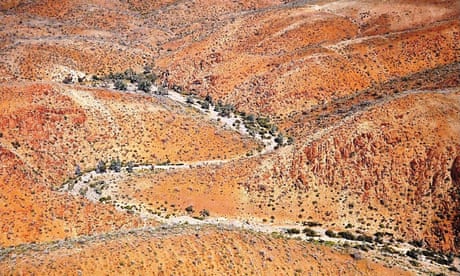 “[The research] has big implications for understanding big scientific questions, such as how did plants and animals disperse and evolve in the South Pacific? The discovery of past land and shallow seas now provides an explanation: there were pathways for animals and plants to move along.”

Geologists and academics have intermittently argued for Zealandia’s recognition as a continent for the past 20 years. The name was coined by the geophysicist and oceanographer Bruce Luyendyk in 1995.

But this year’s paper in GSA Today was “when the penny dropped” in terms of Zealandia’s growing recognition, said one of its co-authors, Nick Mortimer.

Mortimer told Guardian Australia in February that his was the first peer-reviewed scientific paper on Zealandia but that it was “nothing new” to many other geologists. 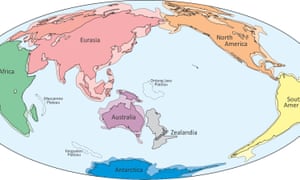 FacebookTwitterPinterest Zealandia shown on a map of the continents. Photograph: GNS Science
The paper contends that Zealandia, in terms of elevation of continental shelf, distinct geology and thickness of crust, qualifies as a continent.

“Zealandia is everywhere substantially elevated above the surrounding oceanic crust,” it says.

“Whereas most of Zealandia’s crust is thinner than the 30–46km that is typical of most continents, studies show that it is everywhere thicker than the 7km-thick crust of the ocean basins. “Currently used conventions and definitions of continental crust, continents and microcontinents require no modification to accommodate Zealandia …

This is not a sudden discovery but a gradual realisation. The 4.9m sq km area of continental crust is large and separate enough to be considered not just as a continental fragment or a microcontinent, but as an actual continent.”

Further study of the 2,500 metres of sediment core extracted during the expedition is expected to provide insight into climate change and Zealandia’s climate history. The drilling ship is scheduled to conduct further expeditions around New Zealand, Australia and Antarctica next year.
Posted by arclein at 12:00 AM