A fourth gravitational wave has been detected 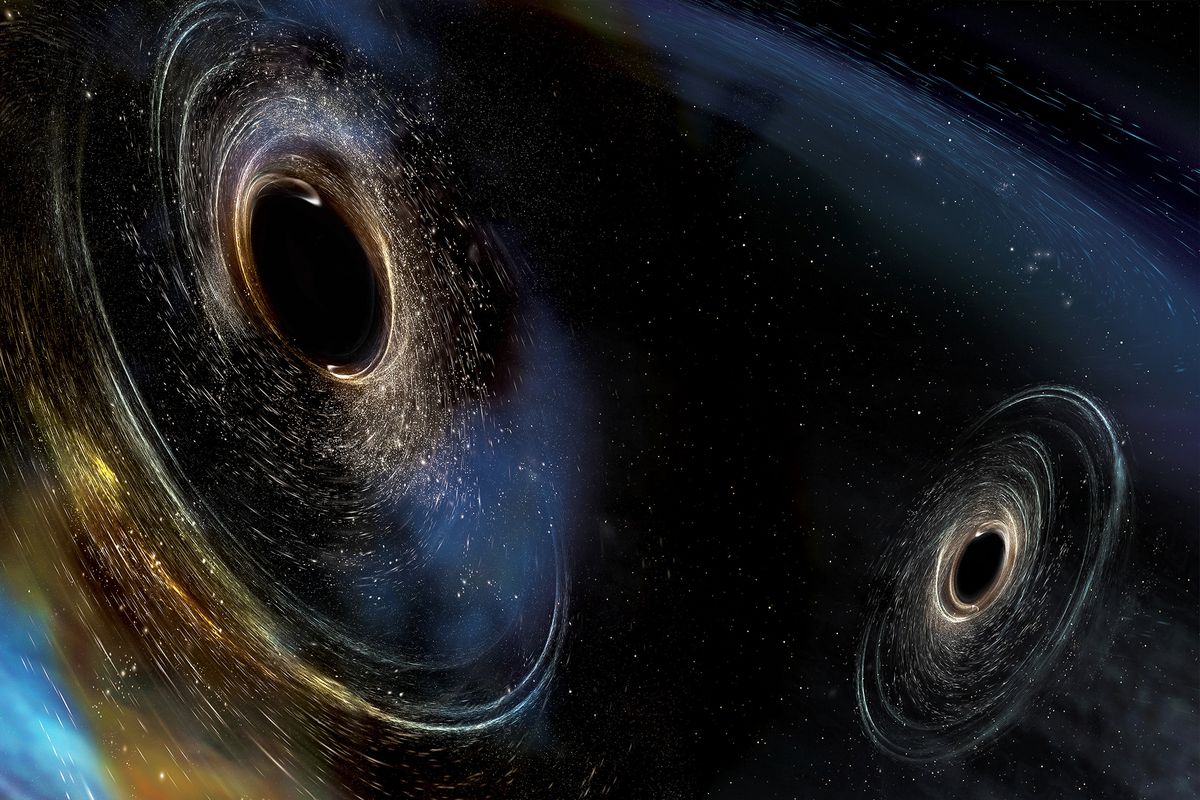 It is nice to see the count climb so rapidly and that we will be able to narrow down location.

As i have stated in the past, i do not think that black holes are actually that black but could be shrouded by matter.  They become very small through collapse compared to their original size.  We are also a long way from knowing.

The main point is that we can detect gravitation waves and that is good news. Now we will see where the data points.. .

Astronomers say they have detected another set of gravitational waves — ripples in the fabric of space and time traveling throughout the Universe. It’s the fourth time this phenomenon has been measured by the scientists at LIGO, or the Laser Interferometer Gravitational-Wave Observatory. The same group made history by detecting the first wave signals early last year. While such detections seem to be routine now, this latest discovery is unique since it was also picked up by a separate non-LIGO observatory.

LIGO, which is funded by the National Science Foundation, has two observatories in Washington and Louisiana dedicated to measuring gravitational waves. But in Italy, there’s another European-run observatory called Virgo, which is virtually the same as the LIGO facilities. On August 14th, Virgo detected its first gravitational wave signal — along with the LIGO observatories — from a pair of black holes violently merging over a billion light-years away. All of LIGO’s previous detections have stemmed from merging black holes, too, but this is the first time a merger was seen by all three observatories at once. A paper about the latest discovery has been accepted for publication in the journal Physical Review Letters.

Having a trio of observatories spotting gravitational waves is crucial to better understanding where the signals are coming from. With three detectors, scientists can now better pinpoint where the signal originates by timing when the wave arrives at each observatory. It’s similar to how three GPS satellites are needed to accurately locate something here on Earth. “That precision is incredibly better than it was before,” Jo van den Brand, a spokesperson for Virgo, tells The Verge.

And knowing the source of gravitational waves is key for follow-up observations. Now, scientists using traditional light and radio telescopes will know where to point their instruments in they sky once a wave is detected. Since these waves came from black holes, no light was produced, so follow-up observations didn’t reveal anything. But if LIGO and Virgo happen to detect waves from merging stars one day, it’s possible others astronomers will be able to find the source of the waves with other telescopes. “We’ve entered a new phase of astronomy with Virgo joining, called multi-messenger astronomy,” Bangalore Sathyaprakash, a physicist at Penn State and Cardiff University and part of the LIGO collaboration, tells The Verge. “It is really giving a new direction to our colleagues.”

Moving into this new phase is a huge leap forward for the field, especially since up until February of last year, gravitational waves were the last big part of Albert Einstein’s theory of general relativity that had yet to be proved. Proposed in the early 1900s, Einstein’s theory upended everyone’s conception of physics, by combining space and time into one continuum known as space-time. Einstein proposed that objects — from planets to people — warp the space-time around them. And when these objects move, they create ripples in space-time, just like how a moving boat creates ripples in a pond.

Detecting these gravitational waves is an incredibly difficult process, however. The ripples that a person creates, for instance, are far too minuscule to detect here on Earth. That’s why scientists created the LIGO and Virgo observatories, which are designed to pick up colossal waves, stemming from the most massive objects moving rapidly millions of light-years away. These facilities look for cataclysmic mergers between black holes or neutron stars, the super dense leftovers of stars that have collapsed. When such objects combine, they spin around each other up to several times a second, before finally coming together to form a single massive object. The movement produces gargantuan gravitational waves that move outward in all directions at the speed of light.

Even these waves diminish significantly on their way to Earth, they can only be detected with the most sensitive instruments. That’s where LIGO and Virgo come in. Each facility is shaped like an “L,” with two long vacuum-sealed tunnels that contain a suspend mirror on both ends. A split laser shining at each mirror is located where the two tunnels meet. When a wave passes, space-time is warped in such a way that it will seem as though the mirrors are getting closer and farther away from the source of the laser. Scientists can measure these movements by timing how long it takes for the laser to reach each mirror. It can be a tiny amount: the movements of the mirrors are 1,000 times smaller than the width of a proton.
On August 25th, LIGO finished its latest observing run that began on November 30th, 2016. It has resulted in at least three detections (and perhaps more that the collaboration hasn’t revealed yet). Virgo, which is slightly less sensitive than LIGO, started its own observations on August 1st, giving the observatory just enough time to detect this black hole merger on August 14th. The two black holes had masses 31 and 25 times that of our Sun, spinning around each other 1.8 billion light-years away. They eventually merged into a single black hole 53 times the mass of our Sun, the study says.

These black holes are considered fairly massive — much more so than the LIGO scientists expected to find when they started looking for gravitational waves. But this is the third detected merger where the black holes were much heavier than scientists thought they'd be. “It looks like they’re pretty common,” says Sathyaprakash. “And pretty soon, we’ll be able to figure out the rate at which they occur.”


The three observatories were able to pinpoint the location of the black holes with 20 times more precision than the two LIGO observatories alone would have been able to do. Plus, it’s not just the location of a signal astronomers will be able to better define now. Three observatories will help researchers more precisely measure the angles at which these waves stretch and compress as they travel through space. These movements tell scientists a great deal about the objects that create a gravitational wave signal — such as how they are tilted with respect to Earth when they spin around each other.

“WITH FURTHER IMPROVEMENTS, I THINK WE’LL BEGIN TO DETECT TENS OF THESE EVENTS PER YEAR.”

Now, after four detections of black hole mergers, the astronomy community is eager to know if LIGO has seen a merger of neutron stars — or perhaps a neutron star and black hole coming together. But for now, the LIGO scientists are staying quiet. “We can talk about it when we’re ready,” says Sathyaprakash, who noted they’re still reviewing the data they collected.

In the meantime, the three observatories are all taking a break from scanning the cosmos. During the downtime, both Virgo and LIGO scientists will work to make their observatories more sensitive. LIGO and Virgo will be back on in fall 2018, and once those observations get underway, the astronomers are hopeful to see a whole bunch more waves. “With further improvements, I think we’ll begin to detect tens of these events per year,” says Sathyaprakash. “And that will be an exciting era.”
Posted by arclein at 12:00 AM