Why did Alexander the Great decide to turn back after he conquered Northern India?

Christos Antoniadis, studied History at University of the Peloponese

In order to understand why Alexander the Great decided to turn back after conquering Northern India, it is important to first look at his reasons for invading India. He invaded India for two reasons: 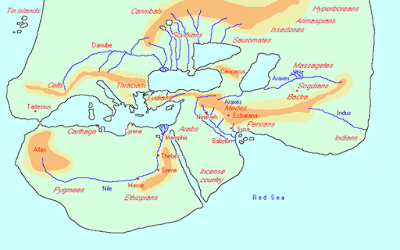 By the time the Macedonian army had reached the Hyphasis River, Alexander knew that beyond the Ganges River was the powerful Nanda Empire which had 200,000 infantry, 80,000 cavalry, 8,000 war chariots, and 6,000 war elephants. Alexander had only 40,000 infantry and 7,000 cavalry and his men were exhausted and on the brink of mutiny. Alexander also now knew that the great Ocean was very far away. He had already conquered the old Persian provinces in India and even more, so there was no reason to continue the campaign.
According to the ancient historians, the army mutinied at Hyphasis River and forced Alexander to turn back. However, some modern historians, with good reason, believe that Alexander may have staged or let the mutiny happen in order to justify his turning back from India without damaging his prestige. Alexander was no idiot; he knew that to continue the Indian campaign would be a madness and that the army would mutiny for real sooner or later. Whether the army really mutinied at the Hyphasis River or this was simply a PR stunt, Alexander turned back from India.

The legend is his army was exhausted and became rebellious:

East of Porus's kingdom, near the Ganges River (the Hellenic version of the Indian name Ganga), was the powerful Nanda Empire of Magadha and the Gangaridai Empire of Bengal. Fearing the prospects of facing other powerful Indian armies and exhausted by years of campaigning, his army mutinied at the Hyphasis River (the modern Beas River), refusing to march further east.
Alexander's troops beg to return home from India in plate 3 of 11 by Antonio Tempesta of Florence, 1608
As for the Macedonians, however, their struggle with Porus blunted their courage and stayed their further advance into India. For having had all they could do to repulse an enemy who mustered only twenty thousand infantry and two thousand horse, they violently opposed Alexander when he insisted on crossing the river Ganges also, the width of which, as they learned, was thirty-two furlongs, [3 1/2 miles] its depth a hundred fathoms [600 feet], while its banks on the further side were covered with multitudes of men-at-arms and horsemen and elephants. For they were told that the kings of the Ganderites and Praesii were awaiting them with eighty thousand horsemen, two hundred thousand footmen, eight thousand chariots, and six thousand fighting elephants.
— Plutarch's Lives
Gangaridai, a nation which possesses a vast force of the largest-sized elephants. Owing to this, their country has never been conquered by any foreign king: for all other nations dread the overwhelming number and strength of these animals. Thus Alexander the Macedonian, after conquering all Asia, did not make war upon the Gangaridai, as he did on all others; for when he had arrived with all his troops at the river Ganges, he abandoned as hopeless an invasion of the Gangaridai when he learned that they possessed four thousand elephants well trained and equipped for war.
— Megasthenes, Indika
Alexander, using the incorrect maps of the Greeks, thought that the world ended a mere 1,000 kilometres (620 mi) away, at the edge of India. He therefore spoke to his army and tried to persuade them to march further into India, but Coenus pleaded with him to change his mind and return, saying the men "longed to again see their parents, their wives and children, their homeland". Alexander, seeing the unwillingness of his men, agreed and turned back.