Richard Branson Argues for the end of the Drug War 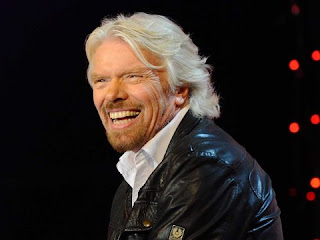 It is good to see Richard Branson weigh in.  He is saying no more than I and other business conscious individuals have been saying for a long time.


That Portugal has clearly shown us how the alternative works is merely proof.  In fairness no other alternative actually exists and the War on Drugs was a bankrupt on inception.  It has produced armies of addicts, criminal enablers and policemen all chasing each around a candle.


And courage is not the issue here either. The real Drug lobby pays to ensure nothing actually changes and why should they not?


Perhaps Branson needs to pay for his own cadre of anti drug war politicians..


RICHARD BRANSON EXPLAINS WHY WE NEED TO END THE WAR ON DRUGS NOW, AND HOW TO DO IT

The world is seemingly bereft of honest and wisdom-filled leadership, and in this void, voices from outside the halls of politics can shed much-needed insight onto social issues. Take the war on drugs, for example, an admittedly racist government program which has caused untold suffering and devastation around the world since it’s inception in 1971.

No one in power seems willing to give this issue the attention it deserves, and not even a so-called progressive president like Barack Obama will admit that the drug war is an affront to human rights and a colossal boondoggle. No matter how many people die each year in the illegal drug trade, no matter how many family homes are raided by SWAT teams, and no matter how many people are locked in tax-payer funded cages, the war presses on and the damage mounts.

When someone in a position of prestige does make a point of publicly speaking out about the war on drugs, it adds more visibility to this serious issue, and billionaire Richard Branson, a man who clearly understands the economics of money and power in our world, recently made some strong comments about the need to end the drug war.

Speaking on a recent episode of the Tim Ferris show, Branson was asked in the final minutes of the interview if he had any additional comments, and he used the time to make an important statement. They had previously been talking about the negative effects of drinking alcohol, and Branson shifted the discussion toward drugs, quickly pointing out the damage being cause by drug war.

He mentioned the need for more humane treatment of addicts, and the successes that Portugal has seen in addressing their opioid epidemic, Branson said:

“Take the war on drugs. This thing’s been going on now for fifty years. As a businessman, I would have closed down the war on drugs forty-nine years ago. It’s been an abject failure. And yet governments continue to perpetuate this war on drugs which has resulted in hundreds of thousands of people being put in prison, and hundreds of thousands of casualties. It’s resulted in, you know, $390 billion a year going to the underworld, and yet there is a simple answer and that is if you treat drugs as a health problem not a criminal problem, and you help people with drug problems. Countries that do that are getting on top of it.

And we as business leaders are trying to educate governments into seeing, you know, opening their eyes and saying look, if Portugal can do this, say, for heroin takers, you, American should do the same thing. They [Portugal] had a massive heroin epidemic in the year 2000, and, you know, by embracing those heroin addicts and helping them become normal members of society again, they managed to solve the problem.

America now has the biggest heroin epidemic in history, and yet the way they’re dealing with it is the same old war on drugs. And the way to deal with it is you ask these people to come forward. You help them with their fixes, initially. You supply them with a product. You stop them from breaking and entering into people’s homes, and you make sure that when they’re ready to ween themselves off, you help them ween themselves off. And you make them useful members of society again.

I’m part of something called the global drug commission… and we’ve done a lot of studies on this subject, and we believe that every single drug should be regulated and taxed, and warnings should be very firmly put on these drugs in the same way you have warnings on cigarettes, warnings on alcohol. That is the way to overcome this problem, not to carry on having a war on drugs.

It’s sad and strange that year after year goes by, and if you talk to government and people who are in positions of power, they actually individually, they know what the right thing is to do, they just don’t have the courage to do it. We just need a little bit more courage.” ~Sir Richard Branson

Listen to the full interview here, or fast forward to the 1:17:30 mark to hear Branson’s specific comments about the drug war.
For more info, this viral video explains just how much of a failure the war on drugs really is:


Vic Bishop is a staff writer for WakingTimes.com and OffgridOutpost.com Survival Tips blog. He is an observer of people, animals, nature, and he loves to ponder the connection and relationship between them all. A believer in always striving to becoming self-sufficient and free from the matrix, please track him down on Facebook.


This article (Richard Branson Explains Why We Need to End the War on Drugs Now, and How to Do It) was originally created and published by Waking Times and is published here under a Creative Commons license with attribution to Vic Bishop and WakingTimes.com. It may be re-posted freely with proper attribution, author bio, and this copyright statement. Please contact WakingTimes@gmail.com for more info.
Posted by arclein at 12:00 AM