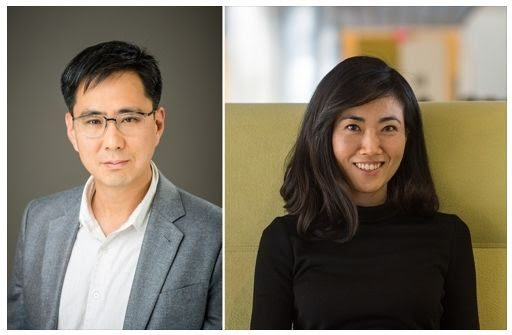 Is it possible that the whole autism syndrome arises because vaccines disturb the bacteriological balance in the child's body? Have we been blaming the wtrong aspect of the whole vaccination meme?

It also informs us why the reaction is rare enough.  A toxic loading should affect most users in much the same way.  Therevreally should be a lot more victims.

Instead we have the unlucky few who then develop something quite serious.  This fits the biological model much better and why causation has been confounding...
Korean-American Professor Couple Identify Major Cause of Autism

A Korean couple who are both working as professors at prestigious U.S. universities proved the main cause of autism.

The couple found that certain bacteria in the mother’s digestive tract can lead to having an autistic child. Furthermore, they found the exact brain location linked to autistic behaviors, which can be used to find a cure for autism.

The studies vividly explain the detailed process of a pregnant mouse, which is infected by a virus, having offspring that shows autistic behaviors.

The researchers found out that certain bacteria in the mother’s digestive tract can develop immune cells that directly influence the baby’s brain cells development. When the researchers removed the bacteria with antibiotics, the mouse had a normal baby mouse.

Professor Huh and Choi said that there is a synergy effect when a scientist couple work together on a research.

Professor Huh said, “when we were doing the research together in two different labs, we sent support for each other instead of measuring whose work is better. It was very helpful for our research success.”

He continued, “our major fields of study are different as they are each Immunology and Neurobiology, and it actually helps us researching on Neuroimmunology.”

Original article
by Jeong Eunhye
Posted by arclein at 12:00 AM