Morris Davis: Here's why I resigned as the chief prosecutor at Guantanamo 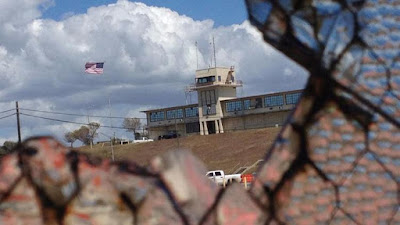 I do not understand torture outside the tactical emergency where it can justifiably be applied.  Any information then is immediately testable and actually valuable.

That time window is extremely small with rare exceptions such as a known intelligence gold mine whose cooperation must be coerced and worked by a skilled interrogator.  So far we have justified the process for a couple of captures.

Otherwise it makes zero sense as a policy. It has been well shown that a skilled interrogator can do wonders mostly because neither the victim or the interrogator actually know the right answers or the right questions as often as not.  Discoveries are made with brush strokes.  It should be applied only by presidential approval outside a real tactical situation.

That Obama failed to address this is idiotic.

Trump loves to tell his audience what they want to hear because it was never a real promise.  Good policy may ensue.  After all who is there to negotiate with?

Morris Davis: Here's why I resigned as the chief prosecutor at Guantanamo

Ten years ago today, I informed Gordon England, then the Deputy Secretary of Defense, that I could no longer serve as chief prosecutor for the military commissions at Guantanamo Bay. I requested immediate reassignment to another post and, within an hour, my request was approved. Soon after, I received an order not to speak to anyone about why I quit.


Here’s why I quit. Earlier that day, I had been handed an order, signed by England, that reorganized the chain of command, effective immediately. The order had placed Air Force Brig. Gen. Thomas W. Hartmann above me, and it had placed William J. Haynes II, the general counsel of the Department of Defense, above Hartmann.


Haynes, you might recall, signed the infamous torture memo — the one authorizing enhanced interrogation at Guantanamo that was approved by former Defense Secretary Donald Rumsfeld. It was in the margin of Haynes’ memo that Rumsfeld scribbled a comment about a four-hour limit placed on the amount of time interrogators could force detainees to stand upright. If he himself stood eight to ten hours a day, Rumsfeld wrote, why was the limit only four hours?


Hartmann had arrived a few months before, in July 2007, to serve as chief counsel to the official overseeing the military commissions. He was anxious to get convictions and wanted me to use all evidence, regardless of how it was acquired. For two years, my policy had been that the prosecution would not use evidence obtained by torture, because evidence obtained by torture is tainted. By the end of his first month, Hartmann had already tried to challenge this well-established fact.


When I learned that two men who sanctioned torture were above me in the chain of command, I concluded that I could not ensure fair trials for the detainees at Guantanamo. Nor could I put my head down and ignore the fact that the United States employed a practice it had long condemned.

I wish I could say that, in the following decade, the U.S. recovered from the shock of the Sept. 11 terrorist attacks, recognized the errors it made and regained its legal and moral standing on the issue of torture. That would be fake news.


I thought the election of Barack Obama, one year after I resigned, signaled the beginning of a new chapter in which America would atone for having veered off course. It was soon clear that my optimism was misplaced. After he was elected but before he was inaugurated, President Obama said of the torture program that the U.S would “need to look forward as opposed to looking backwards.” It was obvious that no one involved in sanctioning torture would be held accountable.


Obama’s decision may have been pragmatic in the short term, given the severe economic crisis he inherited. In the long term, history will remember it as a mistake. The government officials who had sanctioned torture enjoyed eight years of impunity during the Obama administration. This set the stage for Donald Trump to claim during the 2016 campaign that “torture works,” and that if he were president, he would bring back “a hell of a lot worse than waterboarding.”


Trump’s pro-torture rhetoric has so far gone unfulfilled, thankfully. But the issue should not even be open for discussion anymore. We have Obama’s inaction to thank for this.


There has been some recent progress, however. In August, the architects of the enhanced interrogation program, the psychologists James Mitchell and John “Bruce” Jessen, settled a lawsuit brought against them by the American Civil Liberties Union on behalf of three former detainees who said they were tortured at CIA prisons overseas, including one who died in custody. Every previous case in which former prisoners attempted to hold the U.S. government accountable for its torture program — including cases brought against government officials, employees and contractors — was dismissed.


Another step is an initiative in my home state of North Carolina. Later this fall, a citizen-led group, the North Carolina Commission of Inquiry on Torture, will hold a public hearing to take testimony from people who were involved in and affected by the interrogation program designed by Mitchell and Jessen. At this hearing, the group will also examine North Carolina’s role in facilitating torture by allowing its airports to be used for “torture taxi” flights, in which suspected terrorists were picked up abroad and transported to CIA black sites.


When I resigned a decade ago, I assumed that the U.S. would have closed the book on torture by now. I am disappointed that the issue remains unsettled, but heartened that there are groups seeking accountability. Injustices must not be forgotten. I intend to do my part to make sure Americans remember: Torture was wrong then, and it is wrong now.


Col. Morris Davis served as the chief prosecutor of the Guantanamo military commissions from September 2005 to October 2007. He was represented by the ACLU in a 2010 lawsuit against the Library of Congress.
Posted by arclein at 12:00 AM

The TV series '24' debuted at the time Bush/Cheney publicly made waterboarding 'not torture'. It was and is a device to confuse and illustrates how Hollywood aids mass indoctrination. The urgency 'justification' has no analogue in real life. It was and is utter fiction. Torture continues to have one use alone : to elicit false confessions.

BTW Some notes on hypocrisy in action. http://oldephartte.blogspot.com/p/law-and-failure-to-convict.html