Islam and Arabic with Younes Arbib 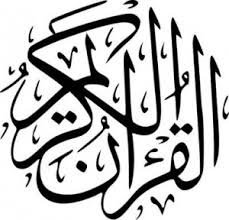 This is important.  It is impossible to actually then study the Koran in translation without been outside the actual tradition by definition.  Thus he is completely right to understand that reform is impossible without reforming the Arabic language itself.  The implied rigidity is immense and so wrong.

It also make completely clear why the ongoing remarkable backwardness that this culture has been hanging on to has been sustainable.

Language change does work to weaken this tendency as i have discovered among non Arabic speaking Muslims. There the religion remains more a patina over a more ancient life way and spiritual pathway and is seriously vulnerable to modernity and Christianity in particular though this is not yet well understood.

I love the naivety of been a student.  We are no better and the so called progressive left takes full advantage of this in indoctrinating youth with their own brand of folly.  It really has to stop.  Can you imaging the blow back writing a supportive item on Nazism today?  Yet these clowns are still pushing camouflaged Marxism.

Oh well, the counter revolution has now begun and no one can imagine how deep it will run.

Earlier when I was a student, I thought something was wrong with Islam, until I graduated from my university graduation scripts. I was investigating the religious metaphysics and I read a lot of books on this.

I find out that the problem with Islam is even deeper than we think, it is a problem rooted in the Arabic language with which Islam is written.

Do not forget, Islam is relieved and written about 200 years after the death of Prophet Mohamad. Arabic language was not a written language and did not have grammar. After that much non Arabs were converted to Islam, the political and religious elite had to make Islam and the Quran more accessible to all new nations.

They have collected the various Arabic dialects and based on the Koran collected. They have used the Koran as the basis for structuring the Arabic language.

As a result, the Arabic language has become a sacred language, a language that lives outside history and can not live with evolutionary developments.

So when you criticized the Arabic language you criticized directly the Holy Words of Allah / Qur'an. With the different Arabic dialect languages, you can interpret the Quran in various ways, according to your political endpoints of influences and domination.

Not forgetting, in Linguistics and Sociology, the language is the reflection of society in which you live.

Because the Arabic language is declared holy just like the Quran, remains beyond evolutionary History and remains a language that expresses its social, psychic and cultural life centuries ago.

The Arabic language, the mythological, metaphistical Islam and the Holy Quran are just a backward religion that lives beyond our modern and historical ways of thinking and dreaming.

All religions are the biggest mistake, that Humanity has discovered and developed in its existence on Earth.

In order to modernize Islam and adapt Islam to our human values and norms, we must first revolutionize the posterior Arabic language, with which the Quran is written.

Hahahahahahaha .... ... When I presented my graduation thesis (It was in 1986), I had to go to prison for 3 months. The blame was, that I offend the Arabic Language, The Quran / Islam and the Maroccan King/ Hassan 2.
Posted by arclein at 12:00 AM