Antichrist and Church CHPT V The Union and 'Illuminism " of Freemasonry 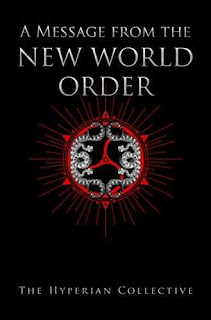 In the end the secret societies soon discovered that they could practice any and all unimaginable depravity and used the offices of their lodges to promote and operate all those evils.  all this safely away from either secular or religious authorities who would typically be also compromised or bot off.  Does this sound familiar?

I do know that the times were horrid around the courts of europe, but this general adoption of secret conspiracies in particular starts the inevitable process of institutionalizing it all.  That is how it all survived Napolian.  He was a reformer.

When all government positions were for sale through such a DEEP STATE, you are immune from any rule of law.

THE UNION AND "ILLUMINISM"  OF FREEMASONRY

WITH the aid of Voltaire, and of his party, Freemasonry rapidly spread amongst the higher classes of France and wherever else in Europe the influence of the French Infidels extended. It soon after obtained immense power of union and propagandism. In France and everywhere else it had an English, a Scotch, and a local obedience. These had separate constitutions and officers, even separate grades, but all were identical in essence and in aim. A brother in one was a brother in all.


However, it seemed to the leaders that more unity was needed, and aided by the adhesion of the Duke of Chartres, subsequently better known as the Duke of Orleans, the infamous Philippe-Egalite, who was Grand Master of the Scotch Masonic Body in France, the French Masons in the English obedience desiring independence of the Mother Lodge of England, separated and elected him the first Grand Master of the since celebrated Grand Orient of France. Two years after this, the execrable "Androgyne"  lodges for women, called "Lodges of Adoption" were established, and had as Grand Mistress over them all the Duchess of Bourbon, sister of Egalite.

The Infidels, by extending these lodges for women, obtained an immense amount of influence, which they otherwise never could attain. They thus invaded the domestic circle of the Court of France and of every Court in Europe. Thus, too, the royal edicts, the decrees of Clement XII and Benedict XIV against Freemasonry, and the efforts of conscientious officers, were rendered completely inoperative.


After the death of Voltaire, the extension of Freemasonry became alarming; but no State effort could then stop its progress. It daily grew more powerful and more corrupt. It began already to extend its influence into every department of state. Promotion in the army, in the navy, in the public service, in the law, and even to the fat benefices "in commendam" of the Church, became impossible without its aid   1; and at this precise juncture, when the political fortunes of France were, for many reasons, growing desperate, two events occurred to make the already general and corrupt Freemasonry still more formidable. These were the advent of the Illuminism of Saint Martin in France, and that of Adam Weishaupt in Germany, and the increased corruption introduced principally by means of women-Freemasons.


A Portuguese Jew, named Martinez Pasqualis, was the first to introduce Illuminism into the Lodge of Lyons, and his

1 Before the celebrated "Convent" of Wilhelmsbad there was a thorough understanding between the Freemasons of the various Catholic countries of Continental Europe. This was manifested in the horrible intrigues which led to the suppression of the Society of Jesus in France, Spain, Portugal, Germany, and Naples; and which finally compelled Clement XIV to dissolve the great body by ecclesiastical authority. No doubt the Jesuits had very potent enemies in the Jansenists, the Gallicans, and in others whose party spirit and jealousy were stronger than their sense of the real good of religion.


But without the unscrupulous intrigues of the Infidels of Voltaire's school banded into a compact active league by the newly-developed Freemasonry, the influence of the sects of Christians hostile to the Order could never effect an effacement so complete and  so general.

Anglican lodges, we must remember, appeared in Spain and Portugal as soon as in France. One was opened in Gibraltar in 1726, and one in Madrid in 1727. This latter broke with the mother lodge of London in 1779, and founded lodges in Barcelona, Cadiz, Vallidolid, and other cities. There were several lodges at work in Lisbon as early as 1735. The Duke of Choiseul, a Freemason, with the aid of the abominable de Pompadour, the harlot of the still more abominable Louis XV, succeeded in driving the Jesuits from France. He then set about influencing his brother Masons, the Count De Aranda, Prime Minister of Charles III of Spain, and the infamous Carvalho-Pombal, the alter ego of the weak King of Portugal, to do the same work in the Catholic States of their respective sovereigns.

The Marquis de L'Angle, a French Freemason Atheist, and friend of Choiseul, thus writes of De Aranda—"He is the only man of which Spain can be proud of at this moment. He is the sole Spaniard
of our days whom posterity will place on its tablets. It is he whom it will love to place on the front of all its temples, and whose name it will engrave on its escutcheon together with the names of Luther, of Calvin, of Mahomet, of William Penn, and of Jesus Christ! It is he who desired to sell the wardrobe of the saints, the property of virgins, and to convert the cross, the chandeliers, the patens, &c, into bridges and inns and main roads." We cannot be surprised at what De Aranda attempted after this testimony.

He conspired with Choiseul to forge a letter as if from the General of the Jesuits, Ricci, which purported to prove that the King's mother was an adulteress, and that the King had no claim to the Spanish throne.

Secretly, therefore, an order was obtained from the weak Monarch, and on a given day and hour the Jesuits in all parts of the Spanish dominions were dragged from their homes, placed on board ships, and cast on the shores of the Pontifical States in a condition of utter destitution. A calumny as atrocious and unfounded enabled Pombal to inflict a worse fate on the Jesuits of Portugal and its dependencies.

###
system was afterwards perfected in wickedness by Saint Martin, from whom French Illuminism took its name. Illuminism meant the extreme extent of immorality, Atheism, anarchy, levelling, and bloodshed, to which the principles of Masonry could be carried. It meant a universal conspiracy against the Church and established order. It constituted a degree of advancement for all the lodges, and powerfully aided to make them the centres of revolutionary intrigue and of political manipulation which they soon became in the hands of men at once sunk in Atheism and moral corruption.

An idea of these lodges may be obtained from a description given of that of Ermanonville, by M. Le Marquis de Lefroi, in Dictionnaire des Erreurs Societies, quoted by Deschamps, vol. ii, page 93.

"It is known," he says, "that the Chateau de Ermanonville belonging to the Sieur Girardin, about ten leagues from Paris, was a famous haunt of Illuminism. It is known that there, near the tomb of Jean-Jacques, under the pretext of bringing men back to the age of nature, reigned the most horrible dissoluteness of morals. Nothing can equal the turpitude of morals which reigns amongst that horde of Ermanonville.

Every woman admitted to the mysteries became common to the brothers, and was delivered up to the chance or to the choice of these true 'Adamites'." Barruel in his Memoires sur le Jacobinisme, vol. iv. p. 334, says "that M. Leseure, the father of the hero of La Vendee, having been affiliated to a lodge of this kind, and having, in obedience to the promptings of conscience, abandoned it, was soon after poisoned." He himself declared to the Marquis de Montron that he fell a victim to "that infamous horde of the Illuminati."

The Illuminism of Saint Martin was simply an advance in the intensity of immorality, Atheism, secrecy, and terror, which already reigned in the lodges of France. It planned a deeper  means of revolution and destruction. It became in its hidden depths a lair in which the Atheists of the period could mature their plans for the overthrow of the existing order of things to their own best advantage. It gave itself very captivating names. Its members were "Knights of Beneficence," "Good Templars," "Knights of St. John," &c.


They numbered, however, amongst them, the most active, daring, and unscrupulous members of Masonry. They set themselves at work to dominate over and to control the entire body. They had no system, any more than any other sort of Masons, to give the world instead of that which they  determined to pull down. The state of nature, goods and the sexes in common, no God, and instead of God a hatred for everything sustaining the idea of God, formed about the sum total of the happiness which they desired to see reign in a world where people should be reduced to a level resembling that of wild cattle in the American prairies. This was the Illumination they destined for humanity; yet such was the infatuation inspired by their immoral and strange doctrines that nobles, princes, and  monarchs of the period, including Frederick II of Prussia and the silly Joseph II of Austria, admitted to a part of their secrets, were the tools and the dupes, and even the accomplices, of these infamous  conspirators.