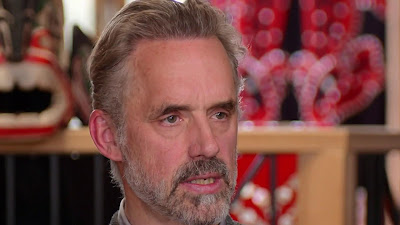 He has has a long hiatis to recover from medically induced addiction.  He is a popular public intellectual.

Here he points out that the policy of silent aloofness of the STEM crowd may no longer be tenable.
.
The problem for the STEM crowd is that they have always thought that intellectual error and diushonesty would crumble of its own accord.  Wny lower yourself to even engage?

Yet here we are.  I saw this tripe in motion back in 1976 propageted by a handful of local marxist sympathizers attempting to recruit new students.  It all found a home amound the so called liberal arts crowd in the non honors streams as the university learned to pad admissions.  This was never a recommendation for intelectual rigor.

The other big admissions pad after all that was a deegree in commerce.  Fortunately that did not generate marxists.  Yet those all still set the stage for law degrees.

My point is that only a minority ever made the  cut for a STEM degree and the percentage really cannot change up easily.  We should include honors arts dehreees as well without giving any marxism as pass.

So yes, in a period of faux political agitation we do need to be concerned.

Following an extended period out of the public spotlight as he dealt with serious withdrawal issues related to the prescribed taking of clonazepam, Jordon Peterson has made his first public commentary other than in the form of tweets.

He has published an extended essay, Missives of Appalling Idiocy and Envy Embarrassing to Behold, in which he discusses the horrific Twitter attack on Dr. Tomas Hudlicky, Professor & Tier 1 Canada Research Chair in Chemistry, and the subsequent problems it caused for Hudlicky.

Peterson concludes with this warning to those in the hard sciences:

I have suspected for years that the STEM fields posed the most dangerous threat possible to the unopposed dominance of politically correct sociological idiocy over the entirety of the university environment, basing their claim to validity on recognition of something approximating a universally accessible objective reality.

That claim is too powerful to go unchallenged in today’s climate of moral self-flagellating among those, particularly common in the ranks of university administrators, who want all the advantages of the power high-ranking hierarchical positions provide, but none of the hypothetical moral baggage that are part and parcel of the prejudicial and patriarchal structure that gave rise to those positions.

The proper solution? Continual apology for the sins of others who occupy equivalent or superior positions, conjoined with a willingness to damage the reputation of those miscreants, and to force them into an apologetic stance—or even to apologize for their own unearned privilege, as long as that does not result in any true sacrifice of power, income or authority. This is particular evident, in the stories I have related, in the case of the Brock University Provost.

The George Floyd incident has emboldened those who are shamelessly using crooked faux-moral means to stake a moral claim in the so-called patriarchal structure that makes up the academic world. They are certainly able and willing to use the unfortunate death of an individual who had enough of the attributes of a systemically oppressed person to serve as poster boy for the self-serving political claims that are now being made on his behalf.

This tendency, unchecked, poses a direct danger to the integrity of precisely those STEM fields that have so far remained essentially immune to the embarrassments and blandishments of the politically correct movement. But, make no mistake about it, scientists, technologists, engineers and mathematicians: your famous immunity to political concerns will not protect you against what is coming fast over the next five or so years: wake up, pay attention, or perish, along with your legacy.

Whatever you might offer the broader culture in terms of general value will be swept aside with little caution by those who regard the very axioms of your field as intolerable truly because of the difficulty in comprehending them and considered publicly as unacceptably exclusionary, unitary and unconcerned with sociological “realities.”

Oh yeah, Jordon Peterson is back. -RW
Posted by arclein at 12:00 AM