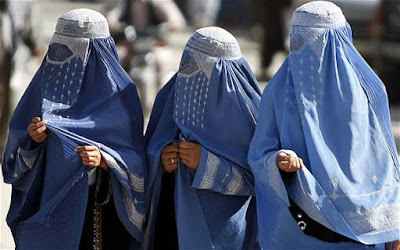 Yes, perhaps it is.  winning this war has never been a military proposition simply because it has a cultural problem that must be solved first.  The military can only provide an umbrella.

Solving the cultural problem is possible but will have to be solved at home first and then in much easier battle spaces than the mountains of Afghanistan.

The tribes themselves have nothing to be proud of. They retain barbarism and and this provides no capacity for real growth.  In fact peace is their only choice for a way forward and was always possible.  It is no victory when you absorb ridiculous casualties for nothing in return.

Other options exist but that is the cheapest and the easiest to implement in time and space.  We could even provide a dowry of $50,000 per head and be cheaper than what we have already spent.


The president has many faults and is a lousy judge of character. But he was absolutely right to read the riot act to the military brass for daring to ask for a very large troop and budget increase for the stalemated Afghan War that has cost $1 trillion to date.


Of course, the unfortunate generals are not really to blame. They have been forced by the last three presidents to fight a pointless war at the top of the world that lacks any strategy, reason or purpose – and with limited forces. But they can’t admit defeat by lightly-armed Muslim tribesmen.


The truth is, simply, that America blundered into the Afghan War under President George W. Bush who needed a target for revenge after the humiliating 9/11 attacks. Instead of blaming Saudi Arabia, a US protectorate which was clearly involved in the attacks, Bush went after remote but strategic Afghanistan and cooked up the Osama bin Laden bogeyman story.


Sixteen years later, the US is still chasing shadows in the Hindu Kush Mountains, rightly known to history as ‘Graveyard of Empires.’


The US invasion of Afghanistan was based on the unproven claim that anti-communist fighter Osama bin Laden was responsible for the 9/11 attacks. We have yet to see conclusive proof. What we have seen are phony documents and faked videos put out by bin Laden’s foes, the Afghan communists and their Northern Alliance drug-dealing allies.


As I’ve written in my books on South Asia, the so-called ‘terrorist training camps’ in Afghanistan were mostly bases for training anti-Indian Kashmiri liberation groups run by Pakistani intelligence. Claims by the right-wing US media that Afghanistan would become a jihadist base if the 9,800 US troops there now withdrew are nonsense. The 9/11 attacks were planned and mounted from Germany, Spain and Florida, not Afghanistan. They could have come from anywhere.


After sixteen years, the US military and its Afghan mercenaries troops have failed to defeat the Afghan Pashtun tribal resistance forces, Taliban. In fact, the Taliban alliance now controls at least half of Afghanistan and keeps US and government forces pinned down. The US installed ‘president,’ Ashraf Ghani, barely clings to power.


What keeps the US in control of parts of Afghanistan is the US Air Force and naval air power. US warplanes from Afghanistan, Qatar, and aircraft carriers keep a 24/7 combat air patrol over distant Afghanistan and can reply in minutes to attacks on US or Afghan ground units. No other nation could do this – or afford the immense cost.


Gasoline trucked into Afghanistan over the Khyber Pass from Karachi costs $400 per gallon delivered. The authoritative ‘Aviation Week’ magazine reports that keeping US warplanes on station over Iraq and Syria costs an astounding $600,000 per mission. It’s even more over Afghanistan.


But without 24/7 US airpower, US forces in Afghanistan would be soon isolated, then driven out. This is just what happened to the British and Soviets, dooming their efforts to crush the independence-loving Pashtun, Afghanistan’s largest ethnic group.


Bereft of new ideas, the US keeps repeating its mistakes in Afghanistan: colluding with the worst, most corrupt elements of Afghan society; condoning torture and murder; relying on the big, drug dealing tribal chiefs.

The UN reports that opium (the base for heroin) exports doubled last year. The sputtering Afghan economy runs on opium and hashish.


The United States is now the proud owner of the world’s leading producer of opium and morphine base. If the drug trade is ever cut off, the government in Kabul and its warlords will collapse. Ironically, when Taliban ruled Afghanistan before 9/11, the drug trade was almost wiped out. But you will never read this in the tame US media.


Now America’s imperial generals are asking Trump for 4,000 more troops. A basic law of military science is concentration of force. Penny packets of troops are a fool’s strategy. The main function of US troops in Afghanistan is to protect the strategic Bagram and Kandahar air bases and US installations in Kabul.


Now, hard right Republicans are pushing a daft proposal to contract the Afghan War to a US-paid mercenary army led by an imperial viceroy in Kabul. Shades of Queen Victoria. Break out the pith helmets.


Trump has proposed pressuring Pakistan, India and China to end the war. What an absurd idea. For Pakistan, Afghanistan is its blood brother and strategic hinterland. China plans to turn mineral-rich Afghanistan into a Tibet-style protectorate. India wants to outflank Pakistan by taking over Afghanistan. India and China are in a growing military confrontation in the Himalayas.


Trump had better come up with a better idea. My solution to the 17-year war: emulate the example of the courageous Soviet leader, Mikhail Gorbachev. He pronounced his Afghan War unwinnable, told his angry generals to shut up, and ordered the Red Army out of the war in Afghanistan.
Posted by arclein at 12:00 AM