Fuente Magna, the Controversial Rosetta Stone of the Americas 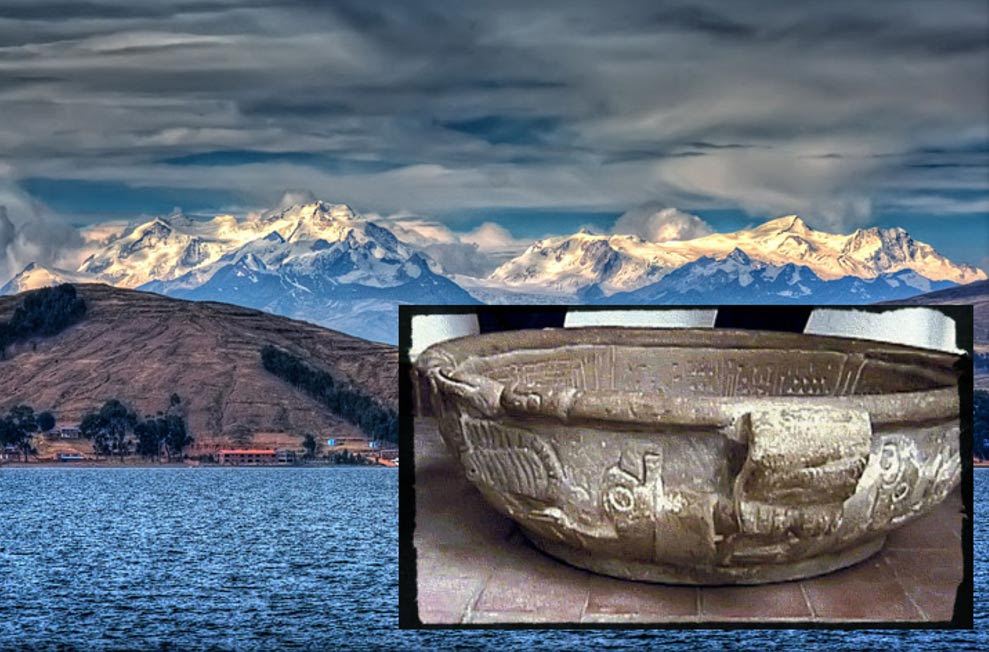 This is of course hard evidence that the the Atlantean Bronze Age Sea culture reached deep into South America.   This culture ended abruptly in 1159 BC, although low level highly secret contact did continue.

The contact period ran from at least 2500 BC through 1159 BC.  This is around 1300 years and may even have been much earlier.  However, the contact period was underwritten by the natural currency provided by copper ingots.  Plenty of shipping and plenty of small colony groups who were part of the metal working tribe.  Obviously we also had a tribe of seamen as well known to history as the Phoenicians.

Fuente Magna, the Controversial Rosetta Stone of the Americas

By April Holloway | The Epoch Times

The Fuenta Magna is a large stone vessel, resembling a libation bowl, that was found in 1958 near Lake Titicaca in Bolivia. It features beautifully engraved anthropomorphic characters, zoological motifs characteristic of the local culture, and, more surprisingly, two types of scripts—a proto-Sumerian ancient alphabet and a local language of the ancient Pukara, forerunner of the Tiahuanaco civilization. Often referred to as “the Rosetta Stone of the Americas,” the stone vessel is one of the most controversial artifacts in South America as it raises questions about whether there may have been a connection between the Sumerians and the ancient inhabitants of the Andes, located thousands of miles away. 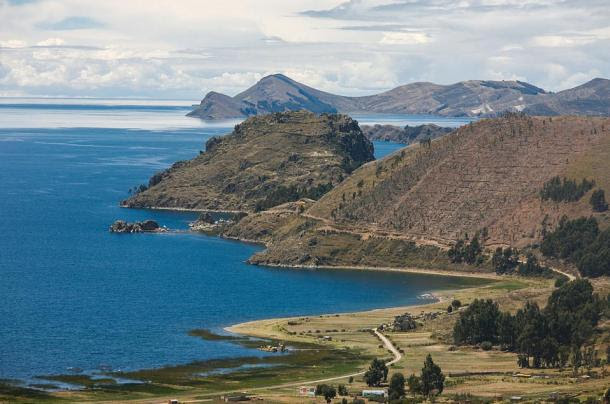 The Fuente Magna Bowl was found near the world-renowned Titicaca Lake in Bolivia. (Wikimedia Commons)
The ancient relic was discovered accidentally by a farmer working on a private estate owned by the Manjon family. The owners subsequently delivered it to the city hall of La Paz in 1960 in return for land near the capital. Around the same time, Bolivian archaeologist Max Portugal Zamora learned of its existence and attempted, unsuccessfully, to decipher the unusual inscriptions, not least because he failed to recognize that the writing upon the bowl was a type of cuneiform text dating back some 5,000 years.

The Fuente Magna bowl remained in storage in the Museo de los Metales Preciosos (“Museum of Precious Metals”) for approximately 40 years, until two Bolivian researchers, Argentine Bernardo Biados and archaeologist Freddy Arce, sought to investigate the origins of the mysterious relic. They were eventually put in contact with Maximiliano, a 92-year-old local who, after seeing a picture of the bowl, claimed it was once in his possession. Not realizing its significance, Maximiliano admitted that he had used the bowl to feed his pigs. 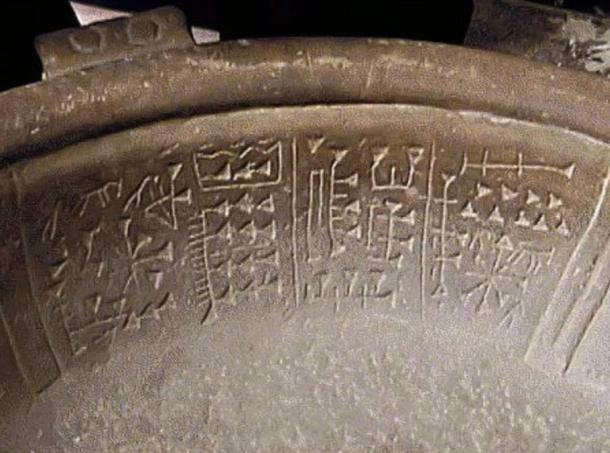 The Fuente Magna Bowl was found to have two types of scripts engraved on the inside. (Courtesy of Bernardo Biados’s research team)
The two researchers took detailed photographs of the bowl and sent them to epigraphist Dr. Clyde Ahmed Winters, in the hope that he may be able to decipher the inscriptions. Dr. Winters, an ancient languages expert, compared the inscriptions to Libyco-Berber writing used in the Sahara approximately 5,000 years ago. The writing was used by the Proto-Dravidians (of the Indus Valley), Proto-Mande , Proto-Elamites, and Proto-Sumerians. Dr. Winters, in his article “Decipherment of the Cuneiform Writing on the Fuente Magna Bowl,” concluded that the writing on the bowl “was probably Proto-Sumerian,” and offered the following translation:

This translations suggests that the Fuente Magna bowl may have been used to make libations to the Goddess Nia to request fertility. The figure on the Fuente Magna, which appears to be in a “Goddess pose,” with open arms and legs spread, is believed to support Dr Winters’ translation. 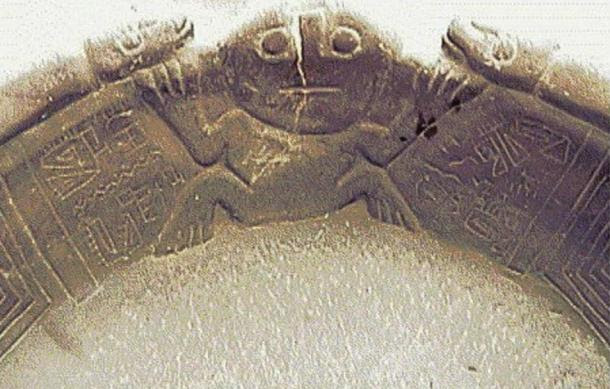 A figure on the Fuente Magna bowl. (Courtesy of Bernardo Biados’s research team)
If Dr. Winters’ translation is correct, this has major implications for our understanding of both Sumerian civilization and the ancient culture of Bolivia. Researcher Yuri Leveratto aptly poses the question: “How is it possible that proto-Sumerian inscriptions were found in a bowl that has been found near the Titicaca Lake, 3,800 meters [2.3 miles] above sea level, thousands of kilometers far away from the area where the Sumerian people used to live?”

According to Bernardo Biados, the Fuente Magna was most likely crafted by Sumerian people who settled in Bolivia sometime after 2,500 B.C. According to Biados, the Sumerians were known to sail to the distant Indian subcontinent and some Sumerian ships may have made their way around South Africa and entered one of the currents in the area that lead across the Atlantic from Africa to South America.  It is possible that some chose to stay and explore into the Andes, perhaps searching for areas high on the plateau of Bolivia where food was being produced. Yuri Leveratto says, “the Sumerian culture influenced the people of the plateau, not only from a religious point of view, but also in the language. In fact, some linguists have found many similarities between the proto-Sumerian and Aymara languages.”

However, this perspective, and indeed the initial translation work of Dr. Winters has not been without its critics. Jason Colavito, a known skeptic and “debunker,” suggests that there is only a small degree of correlation between the script on the bowl and Proto-Sumerian characters. Colavito points out that the bowl has a highly problematic provenance, and may simply be a hoax. Biados says this is incorrect, citing the overwhelming support from major portions of the academic community.
It is clear that the Fuente Magna bowl remains a matter of contention between academics. It is hoped that further archaeological and linguistic research may help to unravel the story behind this mysterious artifact, as doing so may help to expand our understanding of the great civilizations of our past and their influence throughout the world.

The article ‘Fuente Magna, the Controversial Rosetta Stone of the Americas’ was originally published on The Epoch Times and has been republished with permission.
By April Holloway
Posted by arclein at 12:00 AM