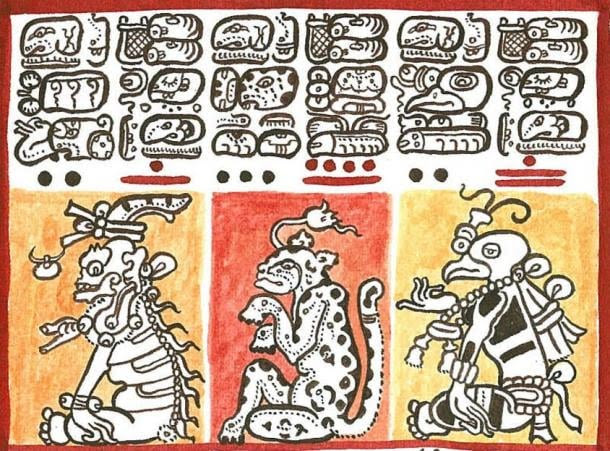 I actually came to the conclusion that Mayan arithmetic should be taught universally. All arithmetic demands algorithms and should not be mistaken for mathematics.  At its best though it inspires mathematical thinking.

The Mayan method is much better and provides quick mastery.  Somewhat as the Abacus served in the past in Europe and China.  Again a method that should be taught in order to facilitate mind training with touch and seeing.

I am glad to see it gaining real traction here where it was originated and now i have no doubt that all will one day use it.
.
Yucatan Children Learn Math Better Thanks to Ancient Mayan Numeral System

Children of the Mexican Yucatan region are getting much better results in mathematics by learning using the ancient Mayan numeral system. Studies suggest that the results are far exceeding those achieved following the formal educational system of the country. According to a study by the National University of Mexico (UNAM), Mayan mathematics are also much simpler and more fun for the children.

As the news agency Ansa reports , “The latest assessment test implemented in all primary schools of the country [Mexico], from kindergarten through high school, have shown very low levels of learning in mathematics.” This test, called "Planea" (plan), confirmed that six out of ten students who completed primary and secondary education in Mexico do not know how to solve basic math problems.

However, according to statements published in the Argentine newspaper La Capital , by the UNAM physicist, Fernando Magaña , “With Mayan mathematics, pre-schoolers learn to add and to count to 1,000, more than what is accomplished with the Ministry of Education programs.”

Reproduction of a detail of the Codex Dresdensis (13th century) with several symbols of Mayan numbers ( CC BY-SA 4.0 )

Perhaps the ease of the system lies in the fact that the Maya invented a numeral system as an instrument for measuring time - and not to do mathematical calculations. Therefore, the Mayan numbers have more to do with days, months and years, as well as the way they organized their calendar. This difference in focus shows in the Mayan numeral system as there are only three symbols used to represent numbers, although their forms could vary according to the application: some were used for monuments, others for codices, and others were human representations.

Yucatan is known as the cradle of the Maya culture, which flourished from the current locations of Honduras and El Salvador to a large swath of southern Mexico and achieved advanced knowledge of astronomy and mathematics. It is also where the ancient Mayan number system is being implemented to teach mathematics today. This system is especially being used with the indigenous children of the area.

Since this “new” form of teaching began in 2010 it has continually provided great surprises. Beginning in 2011, Maya children living in the Yucatan region, who until then traditionally occupied the lowest positions in evaluations, are getting better grades and are at the top of testing.

Mayan numbers, as indicated above, only use three symbols: the dot, the line, and zero, which mimics the shape of a shell. According to the expert Fernando Magaña, this is a system that can be taught:
In a fun and simple way, to children and anyone else, and it helps develop an analytical logic. What I do is to show the mathematical system and then demonstrate how they can perform the necessary operations without any tables, to subtract, add, and divide - even square roots can be made.

The Mayan symbol for zero also represents a shell. The use of zero by the Maya civilization is the first documented use in the Americas. ( Public Domain )

is more concrete and practical, unlike conventional mathematics in which you have to memorize many processes. By its structure, it incites reasoning, so that when one involves a child, he/she acquires a taste for reasoning, learning to do their operations while thinking and also having a lot of fun.

Moreover, the scientist also believes that the majority of teachers in primary and secondary schools have “ bad training in mathematics, and when they do not understand, they transmit a reluctance to develop this subject, plus they cannot explain the processes.” Finally, he believes that deficiencies in mathematics education lead to greater social inequality.

By witnessing the tremendous results achieved so far, there are currently 160 schools teaching math using the Maya number system.

This article was first published in Spanish at https://www.ancient-origins.es/noticias-general/ni%C3%B1os-yucat%C3%A1n-aprenden-matem%C3%A1ticas-gracias-al-sistema-numeraci%C3%B3n-maya-003119#sthash.L7vgskS4.dpuf and has been translated with permiss
Posted by arclein at 12:00 AM