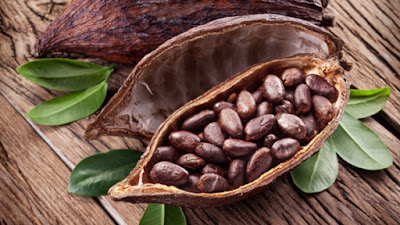 How curious.  it turns out to support cognition and slow aging as well.  I will take that.

I personally now add it to my tea at least twice a day.  Not a difficult plan at all.    Better yet it avoids those sugars.

I will have to also try it with my Yerba Mate as well. .

Great news to all chocolate lovers! Italian scientists confirm that cacao, which is used to make chocolate, is an ideal food for the brain. Thanks to flavonols, a substance found in the cacao plant, consuming dark chocolate can enhance your cognitive abilities. This could mean improved memory and attention span.

Scientists out of the University of L’Aquila, Italy, published a new study, Enhancing Human Cognition with Cacao Flavenoids, which states:

…the evidence accumulated so far suggests that cocoa flavanols administration can be effective at sustaining cognitive performance, leading to improvements in measures of general cognition, attention, processing speed and memory.

Two Ways Cacao is Ideal Food for the Brain

Surprisingly, the scientists discovered that eating cacao regularly over time has two interesting effects. Their research reveals that cacao affected the part of the brain associated with aging. Thus, cacao has the potential to protect against age-related cognitive decline.

Valentina Socci and Michele Ferrara, from the University of L’Aquila, revealed in a statement:

This result suggests the potential of cocoa flavanols to protect cognition in vulnerable populations over time by improving cognitive performance.

If you look at the underlying mechanism, the cocoa flavanols have beneficial effects for cardiovascular health and can increase cerebral blood volume in the dentate gyrus of the hippocampus. This structure is particularly affected by aging and therefore the potential source of age-related memory decline in humans.”

The researchers concluded that regular intake of cocoa and chocolate could indeed provide beneficial effects on cognitive function. Remember, though, that conventional chocolate candy from brand-name food companies, such as Nestle and Hershey’s, contains lots of dairy and sugar. Stay clear of overly processed chocolate bars. Stick to organic fair-trade dark chocolate.
Posted by arclein at 12:00 AM