Earth's Oxygen Levels Are Declining And Scientists Don't Know Why 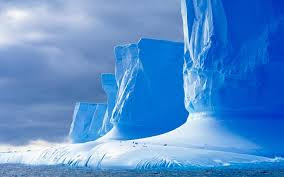 I suspect that a better explanation would be that the ice age induced  temperature variation served to suppress the general robustness of the biome itself.  When that ended recently, human meta agriculture and the effects of newly released glacial till served to keep it all suppressed and trending downward.

That can now change radically as human terra forming truly takes hold and serves to make both the land and ocean fully productive with teeming life.

We are actually at a bottom here of a million year trend line.
.
.
Earth's Oxygen Levels Are Declining And Scientists Don't Know Why

Air bubbles trapped within ice provides clues to the atmospheric composition at the time of "deposition" and can be analyzed for paleo-oxygen levels. The study finds that over the past 800,000 years the amount of oxygen found in the atmosphere has decreased by 0.7% and continues to decline. Fortunately, the 0.7% decline is not something that will or has caused significant problems for life on Earth. An equivalent decrease in oxygen content would accompany a change in elevation from sea level to 100 meters above sea level.

Why Are Oxygen Levels Declining?

As with most things on Earth, oxygen levels are controlled by complex global systems that tend to regulate and dampen large swings from the mean. This presents a difficult task to pinpoint why exactly oxygen levels have been declining for almost a million years. However, scientists have several hypotheses to explain the steady and persistent decline.
One potential hypothesis is that a global increase in erosion rates has led to a steady decline in free O2 within the atmosphere. In a process similar to iron rusting (where iron binds with oxygen during oxidation) weathering rocks can remove free oxygen from the atmosphere. Specifically, pyrite, also known as fool’s gold, and organic carbon are good receptors for oxygen during oxidation.
But what caused the increase in global erosion rates? The key is believed to lie in the rapid glacial to interglacial periods that dominate the past several million years. As seen in the figure below, the Earth has witnessed dramatic fluctuations in global temperature the past million years. Growth and retreat of continental ice sheets associated with glacial cycles is an incredibly efficient and large-scale mechanism to erode mountains. Note the red dots to the far right of the figure representing projected temperatures in 2050 and 2100, their historical significance, and unprecedented pace of increase.

An alternative hypothesis is tied to the global on-average cooling seen for the past 56 million years since the Paleocene-Eocene Thermal Maximum (PETM). This prolonged cooling period has cooled the global oceans, allowing them to hold more dissolved oxygen through increased solubility. Similar to how a Coke goes flat quicker when warmed up compared to kept in the fridge, liquids can hold more dissolved gas when cooler. This may have led to progressively more oxygen dissolved into the Earth's oceans and be responsible for the gradual decline in atmospheric concentrations.
As you can imagine, these two hypotheses would not operate in a vacuum and are interconnected to many other global systems from biodiversity to volcanic activity. Thus the incredibly difficult task of piecing together Earth's history and the processes that control it.
Trevor Nace is a geologist, Forbes contributor, founder of Science Trends, and adventurer. Follow his journey @trevornace