Linguists Are Finally Unravelling the Mysteries Trapped Within Mayan Hieroglyphs 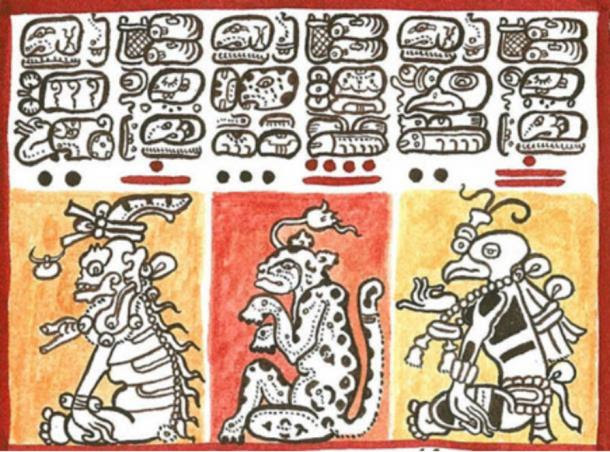 It helps to understand that this script was invented to be painted on a surface and then used to shape inscriptions.  The big breakthroughs took place thirty years ago.

Now we are down to the last fifteen percent.

fortunately there is plenty of monumental script to understand.
.


Linguists Are Finally Unravelling the Mysteries Trapped Within Mayan Hieroglyphs

Today, there are over six million people that speak a language that evolved out of the Maya civilization, which inhabited parts of what are now Mexico, Guatemala, Belize, Honduras and El Salvador for over 3,000 years. However, while spoken languages have been largely retained, the written language has not been so fortunate. Although hieroglyphs are preserved across hundreds of ancient sites, all texts except three Mayan codices were destroyed during the Spanish conquest in the 16th century, taking with them the keys to unlocking their ancient hieroglyphic script.

For centuries, linguists have been trying to decipher the script in order to learn more about this mysterious and powerful civilization by studying the symbols on monuments, pottery, and statues. There is still a long way to go in fully decoding the ancient script of the Maya, however much headway has already been made and progress is now advancing at a rapid rate thanks to initiatives being set up on the internet that enable linguists around the world to share knowledge. Around 15% of the script is still completely unknown, and unlocking these final pieces of the puzzle will be a huge step forward for deepening our understanding of the social, political, and historical aspects of the Maya civilization.

For over a hundred years, language experts thought that the Maya script was merely symbolic and did not represent a language at all, and it is easy to see why. The script is very visually striking, combining hundreds of unique signs in the form of humans, animals, supernatural objects, and abstract patterns. But in the course of deciphering the Maya hieroglyphic script, scholars came to understand that it was a fully functioning writing system in which it was possible to express unambiguously any sentence of the spoken language. The system is of a type best classified as logosyllabic, in which glyphs can be used as a word, phrase or syllable.

The first steps to understanding the written language of the Maya came in the 1950s when a Russian linguist discovered that the hieroglyphics were partly phonetic. In the 1970s and 80s, interest in the Maya script grew and many linguists around the world were getting involved in decoding the mystery language.  By the end of the 1980s, the Mayan script was officially recognized as a fully functioning writing system.  Scholars also made headway in understanding the language variations. At least two major Mayan languages have been confidently identified in hieroglyphic texts, with at least one other language probably identified.

Despite this progress, there is still a lot to be learned and deciphered.  A website launched in 2013 titled ‘Maya Decipherment’, a blog for scholars and amateurs run by University of Texas archaeologist David Stuart, has been aiding scholars in the complex task of completing the decipherment of the script.  The website acts as a vehicle to post new inscriptions, refine translations and debate the subtleties of Mayan language.

More than 30 scholars have been working on decoding the Mayan script, all in the hope of bringing new insights into the Maya civilization. Use and knowledge of the Maya script continued until the 16th century Spanish conquest when Bishop Diego de Landa Calderón of the Catholic Archdiocese of Yucatán prohibited the use of the written language, effectively ending the Mesoamerican tradition of literacy in the native script. He worked with the Spanish colonizers to destroy the bulk of Mayan texts as part of his efforts to convert the locals to Christianity and away from what he perceived as pagan idolatry. Now there is new hope that the records left by the Maya on pyramid walls, monuments, and pottery can be finally understood.

Top image: Mayan script is typically in the form of blocks, which can represent a sound, word, or sentence. (Public domain)

By April Holloway
Posted by arclein at 12:00 AM